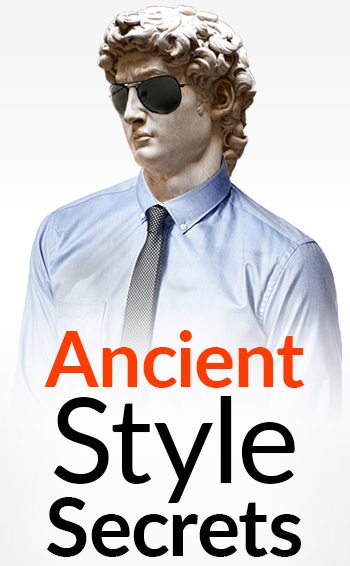 Simple – those things are vintage…

As in massive hits that people would keep talking about until this day.

So it's good to be aware of different vintage items…

Those items have been “active” for the past century (and your grandfather used them) – so they're clearly doing something right!

Find out more below…

This post is brought to you by Aqua Velva.

They're about 100 years old… which means they stand the test of time.

Check out their new 5-in-1 After Shave Balm – it's affordable and can be found locally.

It combats the top 5 shaving-related issues of men (especially with sensitive skin):

I've tried it myself… it leaves your face looking & smelling AWESOME. Every time. 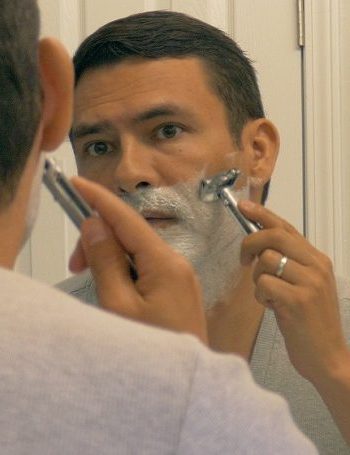 Are you the type who never rushes through shaving? Then consider following your grandpa's footsteps and go for the single-blade shave.

Why? They're known to produce better results than today's multi-blades or cartridge razors. See it for yourself.

You have two kinds to choose from:

These are also called “cut-throat razors” – since they can literally slice you up if you're not careful! They're made with a sharp blade which folds into the handle.

The ancient Egyptians actually first used them (men had to shave their whole bodies to stay “clean”). They relied on these razors since they were easy to sharpen.

And during your grandfather's younger days, men didn't have cartridge razors to deal with their shaving. But since they were forced to be extra careful – the results were very precise throughout the face (a far cry from what they'd get out of “fat-headed” cartridge razors).

The price range of a straight razor is $40-$200. But even if you buy one on the higher end – it's only a single spend. The existing blade will never need replacing. You can sharpen it at home! So your straight razor will last forever as long you as you keep the metal edge sharp.

On the downside, you can't bring this type of razor to the airport. And it takes some skill, time, and patience to master using it without injuring yourself. It's not ideal for guys who are constantly on the go.

These razors have made a resurgence over the last 10-15 years. And it's likely that your grandpa (or perhaps even your dad) tried it before.

What's the advantage of safety razors over straight ones? Their blade is designed with a slight edge that makes contact with the skin. This prevents the blade from making cuts into your face. They've got a permanent handle with a metal head which holds a replaceable, double-edged blade.

Safety razors cost between $25 and $150. High-quality ones will last a lifetime with proper care, but the blade itself needs replacing about once a week (based on the frequency of use). But these razors do require the right technique as well – which comes with practice – to avoid getting nicks or small cuts.

A hundred years ago, aftershaves were a must-have for any gentleman. Their antiseptic and astringent properties were valuable back then – since modern medicine still hadn't existed. Minor infections from shaving cuts could make you prone to illness and death.

But even now, you'd be surprised how handy a good aftershave is. It's not just your first line of defense against bumps and ingrown hairs. It also soothes your skin (which can be 2+ layers thinner after shaving) before you experience red spots or irritation.

I'd recommend trying the Aqua Velva 5 in 1 aftershave balm. It's a new product from Aqua Velva – which has a great track record of making men's shaving easier since your grandfather's younger days. You'll find all the evidence in their old-school ads posted online.

I’ve actually tested this aftershave – and I wasn't disappointed. It moisturizes your post-shave skin, giving it a “fresh” sensation and smell. And the best part? Your face doesn't feel like it's burning at all. It's a super pleasant product from start to finish. 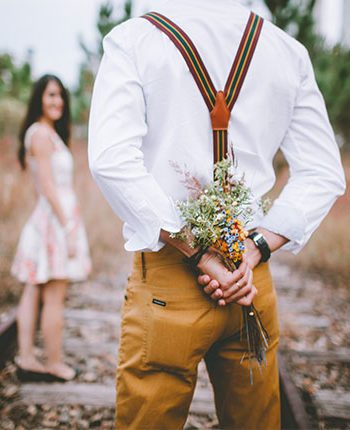 If you could go back a century… you might feel a bit “bare” not wearing suspenders like all the other guys.

It would be like coming to work these days without a belt keeping your slacks up!

Suspenders were one of the most practical and stylish accessories back then. They held up your pants at the belly button area (that was the norm).

Belts didn't exist yet. So stouter men used them to prevent the pants from slipping off their stomachs and “going down the funnel.”

Today, firemen and other professionals who need utility suspenders still reap their benefits. They're not just incredibly comfortable (when the quality is good). They accentuate your height through the added vertical lines – which shorter guys will find pretty useful.

Read this guide to wearing suspenders to learn more. Remember that not all occasions call for a nice suit or sports jacket. So suspenders can level-up your dress shirt whenever that's the case.

Many of us nowadays think bow ties are only for “preppy” or “southern” gents. They settle for different neckties and knots – even though bow ties are actually on the same level of formality.

The truth? Bow ties can be a nice alternative to neckties, especially when you aim to stand out in social or networking events. They practically require more confidence to wear than neckties. So if you're able to wear one while being your charming self – more people will respect you. And even smile at you.

The key is mastering how to self-tie a bow tie. This means finding the ideal length. And for adjustable bow ties, this means inserting the hook into the right slot for your neck size. 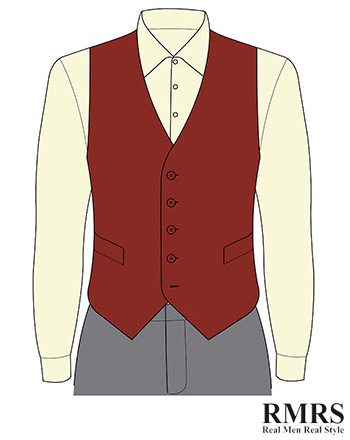 Vests have an interesting, century-long history. They were originally a piece of cloth that functioned as a “jacket” under your jacket.

Vests were very much a part of a horseman's lifestyle during medieval times. Knights would use them as padding under the armor. The U.S. Army wore wool-lined leather vests during World War I (to protect themselves from arrows and harsh weather).

Because of their sleeveless form – vests gave those men enough freedom of movement while also keeping warm through the extra layering.

Things are quite different now. Vests aren't as popular. But that doesn't mean they can't serve as a great way to change up your style.

A vest accentuates your shoulders AND chest area. That's why many well-built guys tend to pull it off. And it will definitely help when you're showing off your dance moves at a party (since it doesn't make you feel as “restricted” or awkward as when you wear a jacket). Your grandpa might attest to this!

Just make sure you understand how to wear vests properly. And try partnering up a vest with a different colored bow tie. The end result may look better than you initially thought! 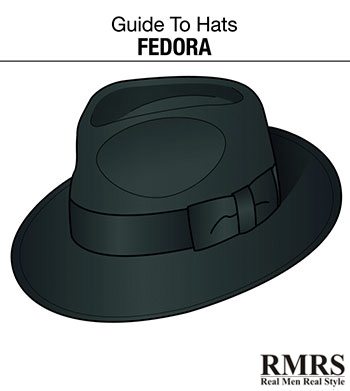 These hats still function as hats. Your grandfather's generation needed them to shield their heads from the sun, wind or rain (don't forget that hairstyles were also longer back then).

And they're called “classic” hats for a reason. They share the same stiff-sided structure and basic features (but in various angles and proportions).

They have the uncanny ability to add “class” to your wardrobe each time. That's exactly why they'll never be too old-fashioned for men in the present – or future.

Pomade has come a long way from its first form in the Roman era – as soap. Then during the 19th century, people used bear fat as its main ingredient. Then they shifted to lard, beeswax, and petroleum jelly by the early 1900s (your grandpa might've used one of those).

And now – you can be thankful for water-based pomades (those with fewer wax substances). They're amazing for adding shine. They've also got a decent hold. So they're useful for a lot of attractive men's hairstyles like the quiff or pompadour.

Water-based pomades keep your hair smooth and non-greasy at the same time. You don't need much effort to wash them out while showering. The only problem is they don't give the same versatility and strength of hold that's offered by traditional, petroleum-based pomades. So if your hair is naturally thick, coarse or curly – you may want to consider the traditional kind.

Previous Post: « Style Podcast #65: The Abomination of Skinny Jeans
Next Post: How To Wear A Blazer | A Young Man’s Guide To The Blazer Jacket »