If you've ever tried to sound smart by using certain phrases, bad news – you may have had the opposite effect.

So what kind of words cause a negative impression? Here are a few common ones:

Do you have a plethora of piñatas? Do you know what plethora means?

If you don't, don't worry. Neither did Jefe in the classic movie The Three Amigos. It's a complex and relatively rarely-used word – people often misapply it because they assume they know the meaning based on context.

For the record, it means a notable excess of something — not a wide variety, and not just a bunch. You're welcome.

The problem here is that when you use this at the beginning of a response to somebody, it makes it sound like you're criticizing them, being defensive, or making excuses.

Imagine if one of your coworkers asks you, “Hey, are you ready to get started working on that project?” What's the feeling you convey when you say “actually, I'm not”? It sounds more defensive than a simple “no, I'm not ready.”

The bottom line is that it isn't necessary – and the vibe it gives off is often unintentionally negative.

Think about it. If you have to state that you are being honest this one time, what does that say about everything else you've said?

Are you saying that up till now you've been lying?

Also watch out for “to be honest” and “to tell you the truth.” Often, we put these phrases in without even thinking about what they're implying.

When you hear no offense, what do you think is going to come next? You know that person is going to offend you.

At the very least, they're going to say something critical, disagree with you, or tell you something you don't want to hear.

When you hear that phrase, you tighten up. You set up your defenses. Even if what follows needs to be said, your audience is suddenly less receptive to it.

Another issue with “no offense” is that you often hear it said before publicly criticizing someone. This is a failure of leadership. You're relying on social shame to change the person's behavior or approach, rather than working with them to get the needed results.

That's a lot better – and it's a lot more direct than starting it off with “no offense.”

Maybe there's a little bit of emotion that you're trying to get across with this phrase — pointing out that ‘I'm removed from this. Don't blame me.' The point is what you're saying makes no sense.

“Like,” similar to “uh” and “um,” is a filler word. Filler words have an upside: a 2014 study out of the University of Texas found that their use can correlate with conscientiousness in conversation, as well as with intelligence.

Unfortunately, most people still associate it with stereotypical “valley girl” talk. Even the University of Texas study noted that it's used most among women and teenagers, which can lead to people being judgemental of adult men who do the same.

Filler words essentially give you time to think before you speak – so if you're trying to cut back, remember that it's okay to talk a little bit slower. It's better for you to KNOW what to say by slowing down than filling the space.

It may be in the dictionary somewhere, but come on – it's not a real word.

What you probably need to say is regardless, and that's what you should say.

Let’s talk about the words “literally”, “actually” and “basically.”

These are intensifiers. We use them to add emphasis to what we're saying.

It isn't so much technical incorrectness (literally has been used… um… non-literally as an intensifier since the 1700s, and it's not going away) as it is repetition that makes “literally” such an annoying word.

So if “literally” is the word you default to, give more thought to how it sounds in a given context.

If you say ‘I'm literally asleep'… are you talking in your sleep?

We use “actually” a lot too, but what we are saying is that whatever we are talking about is 100% true. Did you actually have the best night ever? Or are you just trying to emphasize that it was a really good night?

And a lot of people default to saying “basically” at the beginning of their sentences – but why? If you're explaining things in basic terms, do you need to point out that you're going to explain them in basic terms?

And if you’re saying it because you don't know what to say – it makes you look nervous and unsure of yourself.

I personally make this mistake all the time. Why do I need to state that I'm personally saying something – who else are you going to think is saying it?

Again, it's one of those phrases we use as defaults to fill space.

If you're looking to improve your use of language – the best trick is to record yourself.

Slow down, think, find small areas that you can improve, and then practice. That's all it takes to master the language.

Have you ever used the phrase “could care less”?

What you meant to say is “couldn't care less.”

If you say you COULD care less – that implies that you do care a little.

What you're trying to say is that you don't care – not at all. None. You couldn't care less.

Just make sure that you're saying the right thing.

Bonus Phrase: With All Due Respect

The funny part about saying this is that you don't respect that person. You're frustrated with them.

You want to speak your mind – but you don't want to be held accountable for it.

Saying “with all due respect” does not absolve you from the consequences of your words.

We all know what it means. You don't see eye to eye with this person, and you don’t respect them.

So, how do you deal with this? Don’t start it with that. That's going to make the other person defensive.

Again, pull them into a private conversation. Many studies have shown that whenever people are behind closed doors, with no worries about having to look good in front of others, they're more open to seeing another person's point of view.

Also – don't try to press it on them. You can't force someone to see your point of view, but you can help them realize the truth.

Bonus Phrase: Let’s Nip This In The Butt

Ouch! That's not what you meant to say. You want to say, “nip this in the bud.” 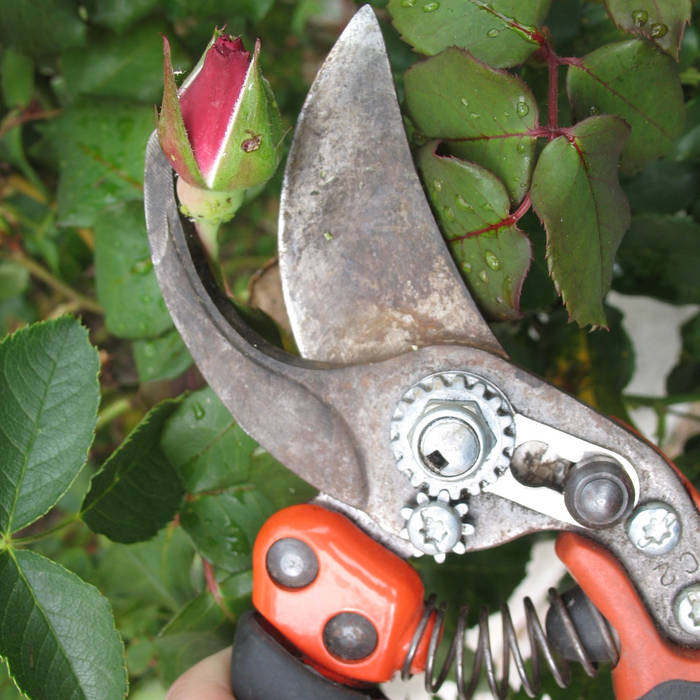 “Nip this in the bud” refers to cutting something off before it has the chance to grow. It refers to plants. In other words – a little bit of work early on can save you a lot of hassle later.

So no offense, but if you actually want to sound smart – I personally think there are a plethora of words you should avoid:

Now you know what not to say – click to check out 21 Phrases Every Man Needs To Say More Often. I've been told this is one of the best videos I've ever made.

It's all about the words a guy should be able to say to express himself – and to have a strong positive impact on other people. Click here to discover the 21 phrases you need to say more often.