I recently got a message…

He had some harsh words about me and my company.

Apparently, I had offended him.

More specifically, he mentioned one of my articles and said he was disgusted by it.

He was serious. He said I had no business running a style website.

I'm curious: How would you respond if you were in my shoes?

This is a tricky issue, and this wasn't the first time I've had to deal with it.

Based on my experience handling such malice, I've come up with 5 different strategies you can implement any time you unknowingly offend someone.

Tip #1 – Kill Them With Kindness

We all know there are people on this planet who can be overly sensitive. People who come to ridiculous conclusions from “reading between the lines.” People who turn non-issues into major issues, and try to make others side with them. People who are simply looking to start a fight.

You might be tempted to tell those people to go f*** themselves. Understandably, that's what most of us want to do. The trouble is, it only adds fuel to the fire. Take the high road and act like the better man instead.

That's what I did with my reply to the offended gentlemen whose hostile message I mentioned above. His grievance was about the RMRS post Construction Of A Black Man's Wardrobe. He called it gross and racist.

He judged me unfit to run a men's style blog and threatened to report me to the Better Business Bureau unless I removed or altered the article. But was he aware (1) that it was a guest post written by Letroy Woods, a style blogger of African-American descent, and (2) that it was quite well-received, with thousands of shares on Facebook and Pinterest? I doubt it.

He must have looked only at the headline and assumed the worst. Nevertheless, I didn't fight back. I responded with kindness and empathy, explaining things in a civil manner. At the end of the day, I respected him as a human being. I hope it occurred to him to return the favor in future correspondence.

Nobody's perfect. People can't always be counted on to think rationally or keep their emotions in check,  including you and me. Keep that in mind the next time you face a situation like this one.

I know the first tip isn't for everybody. That's why this one is a perfect alternative.

Are you absolutely sure that there was nothing wrong with what you said, wrote or shared online? If so, be confident enough to ignore the haters and those who claim you offended them. Remember that it's their problem, not yours.

You can't please everyone. Someone out there will always react negatively to your beliefs, ideas or values. Nowadays, it happens way more often thanks to social media. Anyone can spew out vile or ignorant comments in a matter of seconds while hiding behind their devices.

Forget those people. Stick to what you stand for and keep moving forward. When you shake it off and ignore the haters, you show them that they're just wasting their time trying to bring you down. 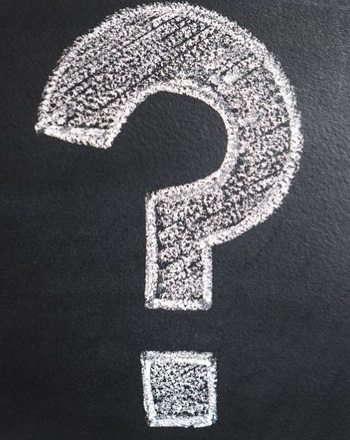 This is where you have to put aside your ego and wonder if the offended party may have a point. This requires two actions that aren't always easy:

When you evaluate your position, try seeing things from the other person's perspective. How might you have come across without realizing it? Could you have chosen your words a bit more carefully? Made doubly sure that you weren't guilty of any of the silly power plays that often make people hate you?

Sometimes, little details in your speech or writing can trigger extreme reactions if you're not careful. Content that's subject to quick public scrutiny, for example a well-known men's style blog, is particularly susceptible to this. When people smell a rat, they will jump on you with lightning speed, all too eager to thoroughly air their grievances. If you realize you're in the wrong, and that they have a point, then Tip #4 comes into play.

Have you concluded that you made a mistake? Then take responsibility for it right away. Willingness to make things right quickly is a clear and sure sign of a person who deserves respect, even after he's done something wrong.

Give such apologies privately. Public apologies almost always look insincere and often fail miserably, especially if the offense was serious. If the injured party sees that you've gone out of your way to personally apologize, they're far more likely to accept it. No promises: it is, after all, up to them. But at least you know that you've redeemed yourself.

A lack of effective communication is often the reason that conflicts don't get resolved. You may be “right”. You may have plenty of good reasons to hold your ground. But that won't settle the conflict unless you and the offended party give each other a chance to talk.

If I had cursed or verbally attacked the guy who didn't like my article, I would've felt guilty about it five minutes later. I would've sullied my reputation and ruined my chance to start a healthy discussion on an admittedly difficult issue.

Since I responded kindly, I got to tell him what Letroy himself believes: that making clothing choices based on your complexion really has its benefits. I was able to open up his mind and show him another perspective. I turned a negative scenario into an opportunity to do what I do best – educate.  And in case you were wondering, Letroy's brand, Man Becomes Style, does in fact offer fantastic style, grooming, and fitness advice geared towards black men.

At the end of the day, communicating effectively with the injured party won't guarantee that both parties end up being friends or even agreeing with each other. But it always allows you to clear up any misunderstandings. And offering a private conversation is far more gentlemanly than waging a vicious Twitter war. (Pro-tip: stop having arguments on social media altogether. They're a fool's errand, a waste of time, and really not good for your professional life.)

These are my five tips for dealing with anyone you've offended who responds with hostility. They can help you disarm the aggressor, and they'll make you feel better about yourself. But please remember: don't let them stop you from upholding your values, beliefs, and ideas. Be true to yourself and even those who've taken offense will respect you.

Previous Post: « This Really SCARES Me | 3 Tips To Keep Your Family And Home Safe
Next Post: Experimenting With Your Style | How To Get Compliments For Your Clothing »