For such a simple color, black sure generates a lot of controversy.

Ask a dozen experts and you'll probably get a dozen answers.

You could make a case for any of them, and in reality the answer will have as much to do with the rest of the look (the clothes, the texture of the cloth, the context, etc.) as with the color choice.

One thing we can say with confidence: in clothing, at least, black is by no means a neutral or “blank slate” sort of color.

Its presence is powerful, even if the effect varies from situation to situation.

Don't make the mistake of thinking that a simple black suit is a bland statement.

Want to learn more about black and how it affects our emotions?  Click Here to watch! 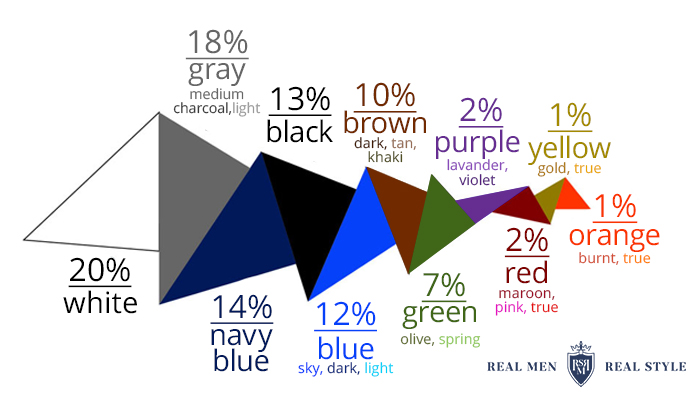 Black: Is It An Aggressive Color For Clothing?

Those same upper-class associations, however, also come with a social expectation of danger, aggression, and criminality.

For better or worse, most people associate the acquisition of wealth — and therefore the trappings of wealth, i.e., black clothing — with some form of unethical behavior, whether it's robbing banks, selling drugs, or cheating on taxes.

That makes us think of black as the color of gangsters, souped-up getaway cars, and femmes fatale. It's paradoxical. The color is simultaneously respected and mistrusted — much like any structure or symbol of authority.

Black Clothing: Is It Respectable?

Most of us encounter black in large, body-covering items: suits and jackets for men; dresses for women.

By eliminating color from most of the body's covering, those black items are supposed to look reserved and respectable.

It's like a visual show of deference for everyone else's attention spans: you're not being more eye-grabbing than you need to be.

That default assumption has been around long enough that most people default to thinking of black as a respectable, formal, and in some ways upper-class clothing color. 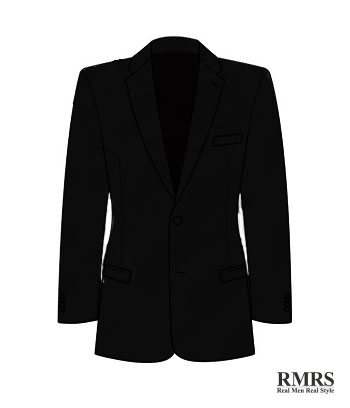 A Scientific Look at Black Clothing

To see which impression was more powerful, a team of Czech researchers in 2013 set up an experiment that would evaluate the psychological effect of black clothing in different situations.

They took pictures of both male and female models in neutral, long-sleeved T-shirts and plain trousers, then adjusted the color of the clothing digitally to look either black or light gray.

Results confirmed a strong association with aggression, but not with respectability.

Additionally, the male model wearing black and described as a suspect in a violent crime was rated significantly more aggressive than any other combination.

Not only was the color associated with aggression, it strongly amplified the aggressive context he in which he was placed. 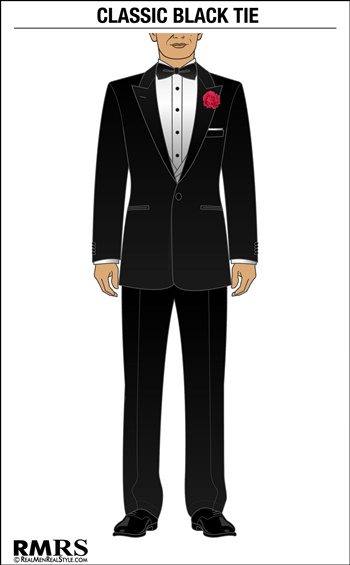 So When Should You Wear Black?

The practical upshot of all this is that black does not inherently increase your respectability.

A gray or dark blue suit or dress will serve just as effectively as a black one for purposes of conventional respectability.

(There are, however, certain occasions and formal dress for which black is considered the most appropriate choice on a cultural level, rather than a psychological one: black tie events and Western funerals are the most obvious, and in those cases black is the obvious best choice.)

The only time (outside of the aforementioned special events) that black is a “better” choice than another dark solid is when you want that slightly dangerous, aggressive edge.

That makes black jackets a popular clubbing option for young men who want to project a little swagger, and it can be an effective “power” color in business settings and adversarial settings like courtrooms as well.

However, remember the amplifying effect on perceptions of aggression: if you're wearing a black suit, you're already coming across as aggressive.

Any aggressive behaviors you add to that will make you look very aggressive indeed, to the point that you may come across as dangerous, belligerent, or threatening.

If you wear black for its psychological effect, let the color do the talking.

Keep your personal behavior calm, reserved, and even a little deadpan if you can manage it. You don't want to risk becoming a caricature — or a reason to call the cops.

Want to read the study: The Color Black and its Effect on Aggressiveness and Respectability?  Click Here.

Here is an article about the 9 suit colors you should know.

Learn Which Suit Colors To Buy In Priority Order.

Previous Post: « 7 Tips on How to Dress Warm When Wearing Formal Clothing | Stay Warm While Dressing Sharp
Next Post: The Danger of Trying to Please Everyone | 5 Reasons to Avoid Being A People-Pleaser | Aesops Man Boy & Donkey »