Today, we're going to be talking about black tie and ticket pockets.

So this is the question that came in.

“Antonio, what's your opinion on ticket pockets and black tie? I'm an 18-year-old college student at a music conservatory. I wear my tuxedo for all of my performances and I'm looking to get a new one. Now, I'm going to spend quite a bit of money and I want to make sure I get one that's classic and I'm going to get a lot of miles out of, so I'm looking at two tuxedo jackets. Both of them are one button peak lapels with side vents. However, one of them has a ticket pocket and the other does not. Can you help me make the decision?”

Before I give you the answer, let's talk about what is a classic tuxedo jacket. The reason we want to go classic isn't because we're old-fashioned. Obviously, this is a young man. It's really about that black tie is about the rules.

Black tie is probably the easiest thing for a man to dress in simply because the rules are out there. There is little room for interpretation. This is something that you want to go by the rules. It's not that we don't have any creativity. 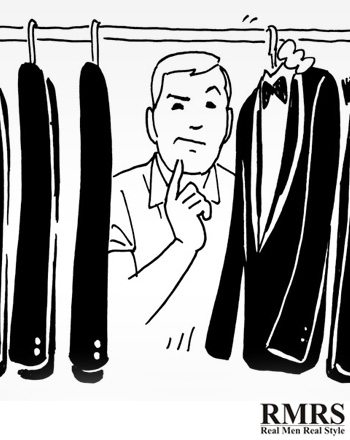 If you get off that path, it's innovation. A lot of people think all innovation is great. That's not necessarily true. Anyone that's invented anything will tell you that for every success, there are 99 failures.

Yes, you may think that wearing that baby blue tux by you being innovative and bringing some interesting color to it is something that's really going to liven things up, but I can tell you that if you're the only guy there, you're actually going to be defeating the whole purpose of black tie, which is to create a sense of uniform just to raise the level, the ambiance of the feeling especially for this young man.

He's going there and the focus needs to be about the music in his case. We're talking a pretty small thing here. He's talking about a pocket that most people are never going to notice, very few are going to see, but he's going to know it's there. 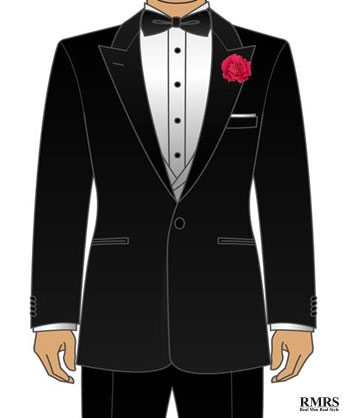 So my answer to this is going to be, go with the black tie or the tuxedo jacket that does not have the ticket pocket because a ticket pocket belongs in the area of sports jackets.

It's an informal piece. The whole reason it was put there is supposedly if a gentleman was out traveling, he would be able to put a ticket in there.

Technically with the black tie and with the tuxedos, you shouldn't even be wearing a watch. It's all about enjoying the moment and being there in celebration.

In this case, I'm going to say skip the ticket pocket. One of the reasons you see a lot of designer tuxes put that there is they're looking to kind of set themselves apart, the same reason they add a bit of color.

They try to go with a different type of lapel. They'll put satin in places where it shouldn't be, so go with the classic. Go with what has worked for over a hundred years so you don't have to think about it.

Now, let's say a few years later you're looking to pick up another black tie ensemble. And you already own two or three, you could have a bit of freedom.

If you want to change it up, I personally prefer a red pocket square or there are other things you can do going with a contrasting waistcoat.

Those are little things I like a bit more than a ticket pocket, again, simply because of its casual nature. It's like mixing oil in water.

That is my thought process behind why with black tie, you should stick with the classic and the ticket pocket is not classic. It belongs to the world of casual wear or my version of casual wear, which is sports jackets. I know for a lot of people out there, it's a little bit more casual.

Previous Post: « What To Wear To A Classy Bachelor Party
Next Post: What’s The Difference Between A Single & Double-Breasted Suit Jacket? »