How often do you layer clothes?

If you live in a cold climate…layering is a must.

But can it be done stylishly?

…but some men don't try it.

They're afraid to make mistakes – and they don't even know the rules.

Layering isn't hard – it's just knowing how to combine clothing pieces so they: 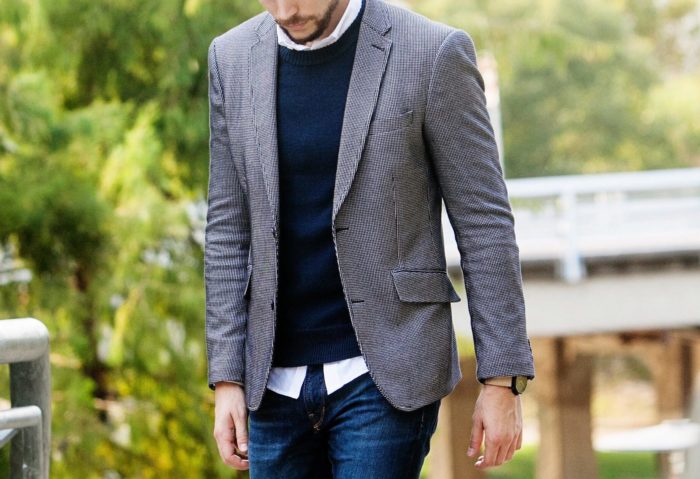 Here are the 10 rules for layering clothing that stylish guys need to know.

You know how there's a saying that too much of anything is bad? That's the case with layering.

The truth is you don't need too many layers in a single outfit. Two is a bit too simple…but 4-7 is pushing it.

Think about it: would you risk making your arms and shoulders feel stiff, and your body look kind of bloated…just for the sake of layering? Nope.

The magic number here is 3. It's not that difficult to pull off. Just think about 2 types of shirts (such as a Henley and V-neck t-shirt) plus one jacket layered over them.

If you want something dressier – you can bring in a dress shirt, followed by a vest in the middle and then a jacket. The beauty of these combinations is they don't seem “forced” or overdone at all.

Here's the great thing about clothes… 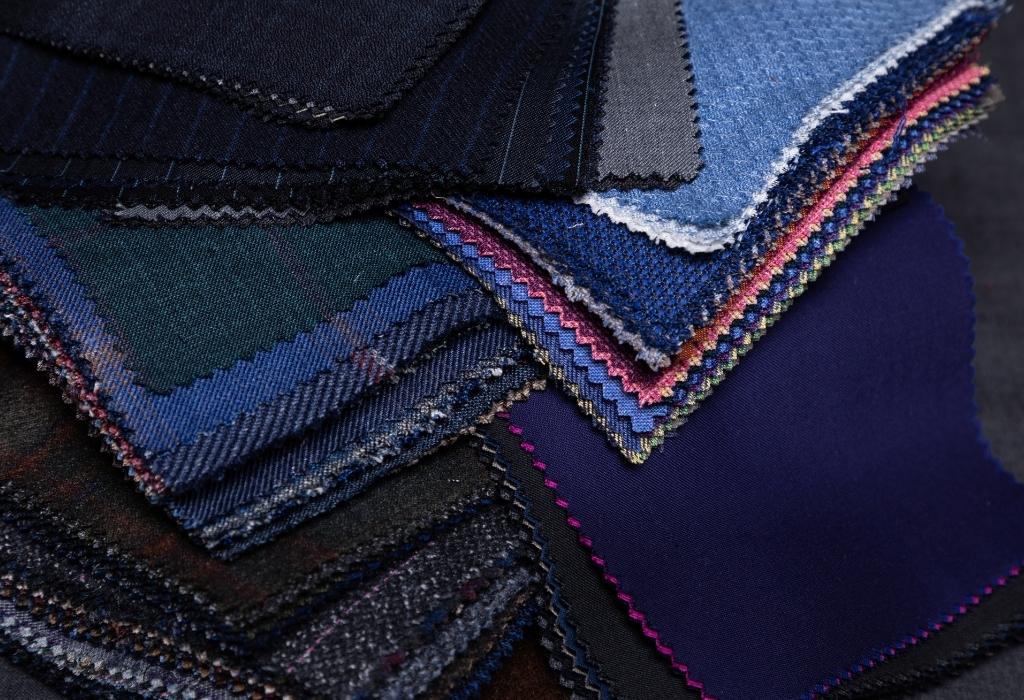 It's a matter of changing fabrics – where version X may have a nice sheen to it, version Y may have a rough weave. So texture in men's clothing plays a big role if you don't want your layered outfit to look dull or plain.

You'll find several fabric options for sweaters like knits, wools, and cotton.  Most of the yarns and fabrics used by Territory Ahead are natural fibers – however, they know when and where to use innovative synthetic fibers to improve functionality.

There are also many men's dress shirt fabrics to choose from, you might want shirts with a particularly napped surface.

They've got a softer look and feel really nice to wear (thanks to the air-trapping properties of the fabric).

This is probably an obvious rule…but I notice that some men get it backward. That's why it's worth mentioning: Bulky on the outside, close-fitting on the inside. 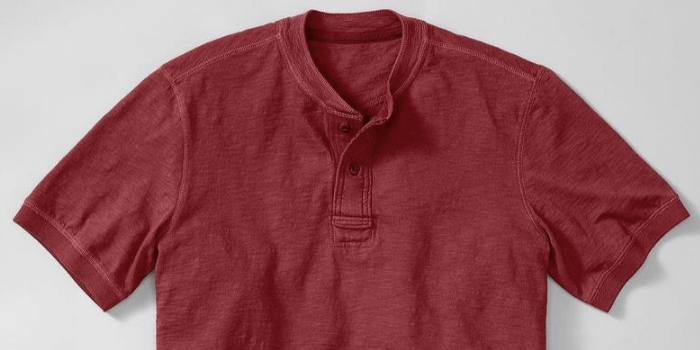 It makes sense to wear something thin and light for the innermost layer (since it makes contact with your body). Does it have to be an undershirt? Not at all!

I enjoy wearing Henleys because they're light and thin…with some buttons right up at the neck to make them a little more sophisticated.

The middle layer should be slightly looser – in the form of a sweater, cardigan, vest or another shirt. Its job is to help keep you warm during cool weather…but not warm enough that you won't be needing a third layer outdoors. That's where a thick coat (like a wool overcoat or trench coat) completes the outfit. Done well, this is a great way to look more muscular.

It's a team effort when you wear multiple layers. But you shouldn't “slack off” with one clothing piece just because the others can make up for it.

If one layer can't look good on its own…don't bother wearing it. You never know if you'll end up in a place where you have to dress down and peel off the other layers.

You should ask this: “Will I be as confident wearing this one layer?”

If the honest answer is no, that means the item might be tacky, flimsy or uncomfortable to wear because of the sleeves.

Get rid of it instead.

I've heard of kids who are scared of clowns…and even adults who've hated clowns since childhood.

Maybe the fear of clowns is an irrational one. But there's one small part of it that makes sense to me – that “colorful” can look quite freaky!

The fact is when you wear clothes with contrasting colors, the result isn't always a pleasant one. There are times the combination looks jarring in the eye. You can fall into that trap when layering if you're not careful.

The trick is to keep it simple. Limit your outfit to a single “pop” of a bright color. The other layers can be more muted, and you can even bring in items of a similar tone but with contrasting fabrics/textures (example: a blue shirt that's made of smooth cotton + a rugged blue sweater that doesn't reflect much light).

Meanwhile, patterns in men's clothing would actually work best if they have variety. The problem with wearing the same patterns (in similar sizes) is it looks redundant.

Let's say you've got one of those sailor shirts with distinct vertical stripes. You're probably better off with a solid-colored shirt underneath, and then layering them with a simple-patterned sweater. Or if you're planning to wear a denim shirt – don't overdo it and add a denim jacket. Learn to embrace alternative patterns.

Rule #7 – Tuck In The Under-Layers

If you're a layering expert you can get away with keeping under layers untucked. But for most men, that's not the case.

It's important that you avoid the “extremes” when you're still new to layering. Some men incorporate longer shirts and leave them untucked (specifically those who like street wear or distressed looks).

But that's not the style most guys aim for when starting out. So play it safe by keeping your under-layers tucked in.

Rule #8 – Accessories Can Work As Layers Too

Does a layering piece have to cover up the upper body? No – it just has to add another dimension to your wardrobe.

So don't underestimate the power of accessories like men's scarves, classic hats, pocket squares, and neckties with unique knots.

They have the ability to make your outfit pop out more in subtle ways. And they drive more attention to your face (the part about you that matters most!).

It's also worth mentioning high-quality leather bags and satchels. When they're slung on, they function as an additional layer that helps you show off a more professional image.

The main issue with white is the formality. Historically, men would wear white shirts to indicate that they worked in offices and didn't get their hands dirty.

So there's an added responsibility of keeping your white pieces clean…because they'll make you look bad otherwise. And white does have a stark contrast with darker, muted colors.

You don't have to look far – especially in this day and age of communication. You can subscribe to style magazines and tear out photos of men in layered clothing.

You can also start browsing websites or googling celebrity outfits. Pinterest itself has become a hub for new ideas in style and fashion. So you might find the RMRS Pinterest page to be an excellent source.

You can learn from stylish men anytime, anywhere. Different guys have mastered formal layering, casual layering, wearing jeans with a suit jacket, and advanced layering tricks. Take baby steps learning but later on…don't be afraid to try the higher-level stuff which other men have pulled off.

After all – style is about discovery.