If you Google attracting women…

While physical attraction is important for first impressions…

a HUGE key component is missing.

So what does it take?

You have to stimulate their mind.

Make them FEEL a certain way.

and you might have a chance to win her over.

FYI – all of this will backfire if you're approaching them for the sole purpose of seduction.

The motive behind your behavior is just as important as the actual behavior.

The most attractive way to make them feel something is with confidence, authenticity, and integrity.

This article is going to cover some subtle signals that will help you (physically and emotionally) become more attractive. 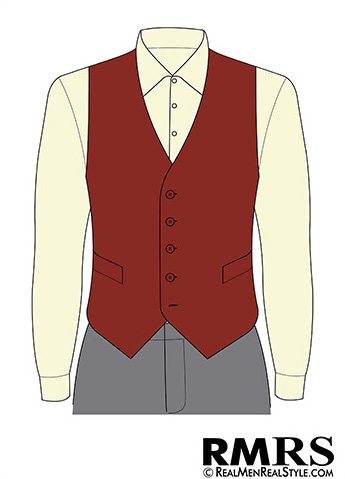 Red is a powerful color. It's been used as a status symbol for men since Roman times. It's also more sexually appealing than other colors.

In fact, this is a cross-cultural kind of thing. A study was made in 2010 involving women from different countries – Germany, England, China and the US. They were asked to rate the attractiveness of different men's faces that were photographed in black and white.

So believe it or not, red does increase your marketability. Wear it the right way (just one piece – even just a pocket square) and you can amp up your style and your game. 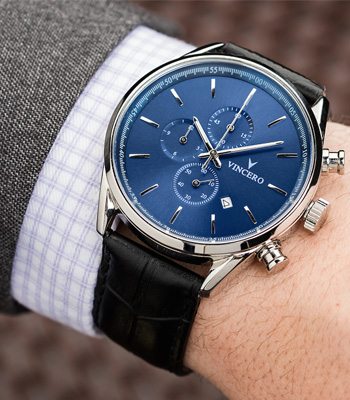 If you're worried about looking older – here’s a reality check. Psychologists have studied about young adult women who are financially independent and as it turns out… old is gold.

Those ladies fall prey to what’s known as the “George Clooney Effect.” Fhionna Moore of the University of Dundee explains this further, saying self-sufficient women are drawn to maturity. Remember our biology  – women have menopause while men are fertile for much longer.

They like a man who looks “experienced” with life. They think he’ll make a good provider – but it’s not that they're being needy. They see him as someone who’s not going to fool around. A guy who's wise and ready for commitment.

If you learn the ways of an older gentleman, you’ll realize that “old” here doesn’t mean dull or boring – but classy.

An amazing way to look more mature is wearing a classy watch. Vincero is the most affordable classy watch I have found. This watch looks 10x more expensive than it actually is. Signal maturity on a budget with Vincero. 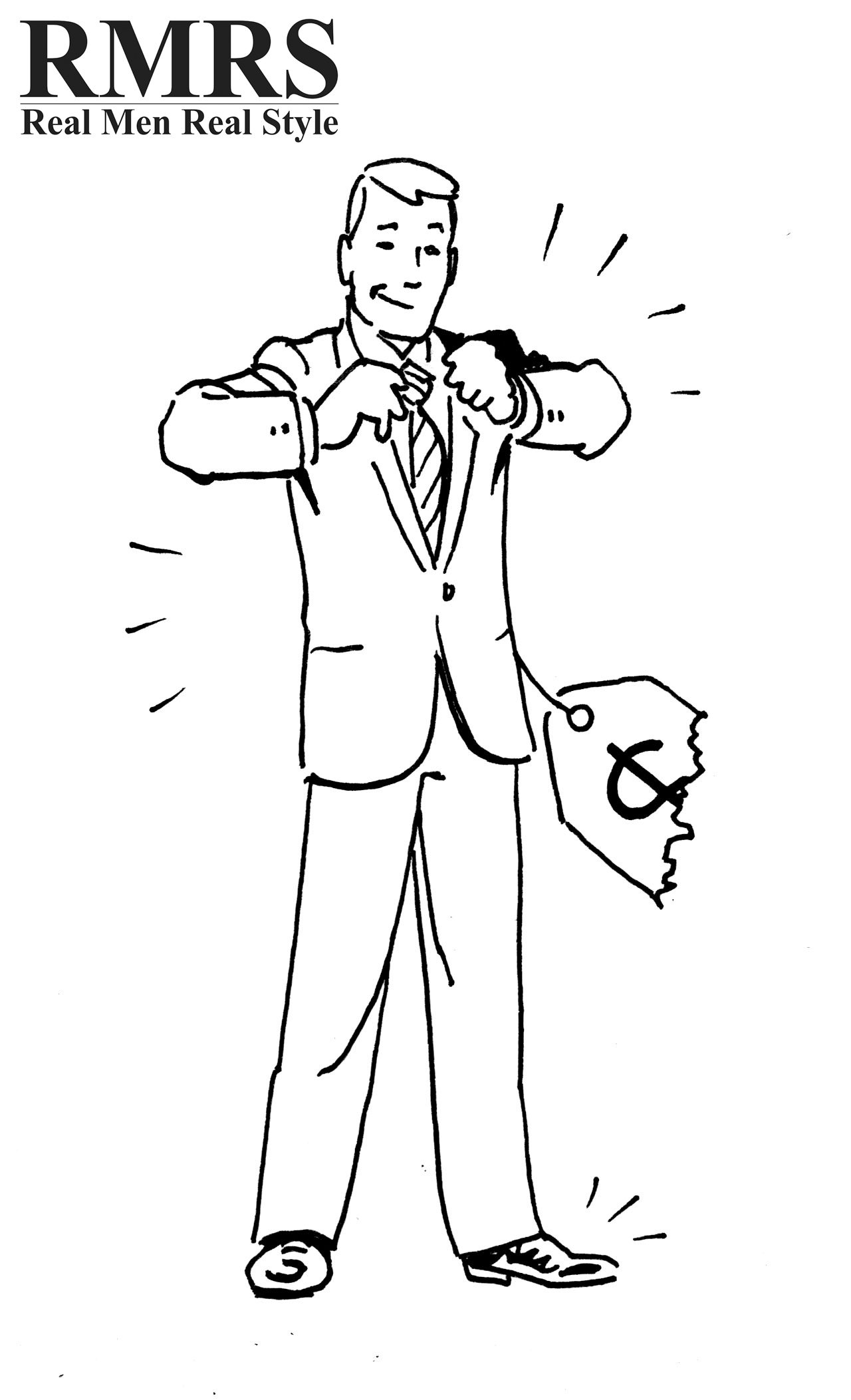 When you buy a counterfeit it sends the message that you settle for second best.

It also shows that you care more about people's opinion of you than your perception of yourself.

Think about it. If you're wearing a fake Gucci suit and it's noticeable – it sends the message that you care more about people thinking you own the real thing.   You're worried more about your status than about being your true authentic self.

At the end of the day, it comes down to one thing: Confidence in yourself. A man who is authentic won't try and portray someone he isn't. He'll buy what he can afford, and own it.

If he isn't where he wants to be in life he'll own that too. At the end of the day, he'll be more attractive because he isn't fake. 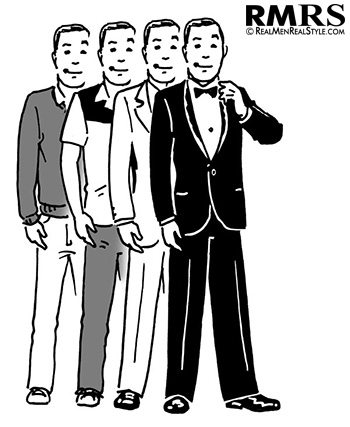 The art of dandyism dates back to the 18th century. Famous men like George Bryan “Beau” Brummell were known to live and breathe it – taking as much as 5 hours a day just to dress perfectly!

You won’t spend that much time on your style… but you’ll want to apply the principles. These days it’s less about over-the-top dressing and more about expressing yourself.

A modern dandy’s clothes are tailored amazingly well. He minimizes ornaments. The color, texture and all the small details are carefully picked out. He's quite artistic – and that’s why he outshines other well-dressed men.

Who are the dandy guys of today? You’ll find many on Instagram and some of them going viral on newsfeeds. Take inspiration from them – there’s a reason they have loads of followers.

As handsome as you are, you should also embrace your odd features. Our society considers them “imperfections” but really… who doesn’t have them? What IS perfect in this world?

So learn to see what's odd about you and harness it in a way that works. Maybe your hair is a little weird – why not grow it out and explore a different style? Or if you need eyeglasses – why not try fun glasses? Or if you’re naturally thin – how about skinny clothes?

Whatever your imperfection is – gap between teeth, big eyebrows etc. – own it. People are used to seeing things so close to perfect that nothing seems genuine anymore. Odd makes you look more human. That’s your appeal. 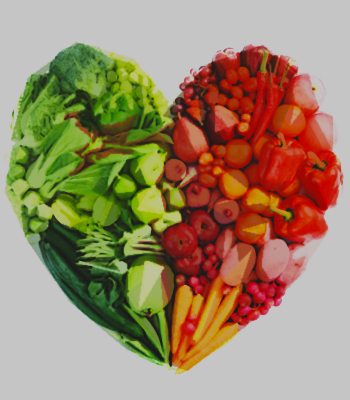 If you’re the type who likes to spray tan or spend hours under the sun… here’s a better alternative. Switch up your diet to food that's rich in carotenoids. You know what they say – you are what you eat.

Carotenoids are compounds which give your skin a natural glowing tan through regular intake. Some great sources include:

A study that came out in The Quarterly Journal of Experimental Psychology showed that 86% of people found a carotenoid tan more attractive than a pale face. It also compared faces that had both carotenoid tan and sun tan versions – and more preferred the carotenoid type. So high-carotenoid foods aren't just good for your health. They’re great for your skin. 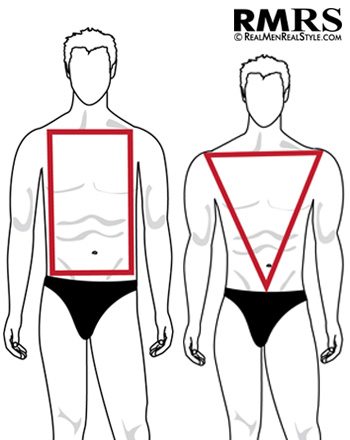 One thing that signals leanness is a pair of toned arms that show off some veins. Those lines indicate less fat and more muscle. If yours are visible – you’re physically on the right track.

Most guys at the gym want to get buff – but it’s not what gets the ladies. The real determining factor is leanness.

Being lean is about a low percentage of body fat – ideally at 12%. It’s most attractive to women according to a study in the Proceedings of the Royal Society of Biological Sciences.

The women in the study rated young men of all body sizes and the results were clear. Low body fat – not masculine features – was linked to high levels of attractiveness, testosterone, and strong immune systems. Lean was more impressive than bulky.

Your goal is to get eight hours of shut-eye a day. How can your body recharge and repair itself if you stay awake? And don’t think lack of sleep is just a brain issue – it’s also unattractive.

A study was performed at the Karolinska Institutet in Sweden where people judged human faces based on two different photos. The subject was either sleep-deprived or well-rested (but the observers didn’t know this).

The findings were consistent – sleep-deprived faces appeared less attractive AND less healthy. Red eyes were also seen as major turn-offs. So you better rest up. There’s a reason we call it beauty sleep. 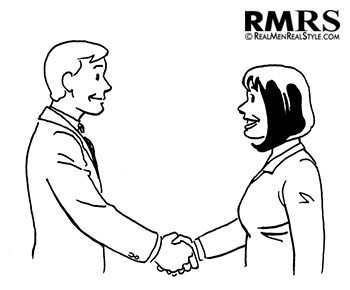 Outside of the physical components – attracting women comes down to sparking an emotional response.

For women – attraction more than just physical. Their mind needs to be attracted to your mind (AKA you have to win them over emotionally).

A study was made in Australia on factors that predict initial romantic attraction. University students participated in a speed-dating session where ultimately, the women were more attracted to men with a greater mindful disposition. Looks weren’t as big of a factor.

So what exactly does this mean? It’s all about your ability to pay attention, be insightful and engage with women well. It’s how you take the wheel and steer the conversation so that it never gets boring or awkward. That's how the ladies will enjoy your company.

10. Make Fun Of Yourself

Making women laugh is an important thing. But did you know that self-deprecating humor actually works? Evidently yes – that's the appeal of Hugh Grant.

Researchers discuss this kind of humor in the article “Dissing Oneself: The Sexual Attractiveness of Self-Deprecating Humor.” They say it makes a man more desirable – as it exposes his flaws and spins them in a positive way. Remember how we should own our imperfections? That’s the correlation.

Having a good sense of humor about yourself is how you make women see you differently. They’ll laugh, feel more comfortable and less pressured to look or act a certain way.

And when they realize that – eureka! You’re the guy who can make a relationship fun and less “prim and proper.” You’re somebody they can be themselves around. That makes you a great catch.

Maybe fragrance isn’t a big deal to you. In fact, a lot of men don’t bother wearing it. But remember that smell is our strongest sense. It connects to our memory which triggers some sort of emotion – whether it's good or bad.

Try taking some time to learn about fragrance and the different types available. Understand the basics and soon enough, you’ll find a product that gives you the perfect scent. It’ll help you become the most attractive guy around.