Society treats a well-dressed man better than the man who is too lazy to care about his appearance.

How do I know this?

I made the transition from sloppy Joe who couldn't care less about clothes to being one of the sharpest dressed man in town.

The change is not just an internal boost to the wearer's confidence – but also creates a halo effect around you. In essence, creating opportunities that would not exist if you were poorly dressed .

As a result – there are certain phrases you will never hear from a sharp-dressed man because they would be unnecessary.

I have listed ten of them below.

1. “Only shallow people care about how you look.”

This is always the excuse of the man who goes out in grubby pants and a T-shirt, and then complains about his luck with women.

It has a certain allure as an argument, mostly because it lets the ill-dressed man feel not only excused but justified – he's the mature, intelligent person here!

All those girls who keep passing him up are just shallow and only interested in the surface of things.

Looking sharp isn't about putting on an illusion. It's about a mindset

Guys who dress “sharp” to attract women and don't care about their appearance otherwise are easy to spot in a crowd. 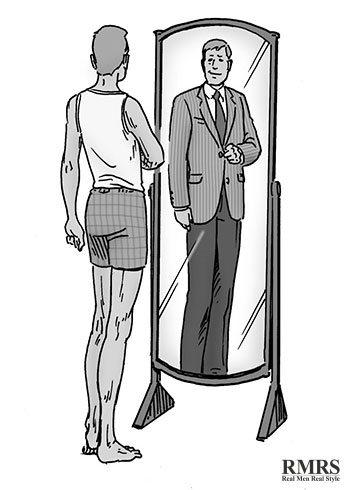 They're the jerks wearing the flashiest suits and the most expensive jewelry, and their over-the-top accents usually don't match.

A true sharp-dressed man doesn't have to worry about impressing the ladies. He takes the time to look good every day, regardless of whom he is going to meet.

He also seems to get a lot more numbers than his sloppy fellows – if that's something he's looking for. Funny how that works.

Now, there are limits here – if you're going to a really high-class, top-reviewed restaurant at the peak of its popularity, just wearing a decent suit isn't going to get you in any faster.

Everyone that's going to a place like that will be wearing a decent suit.

But for the most part, if you dress like someone who has a bit of influence and station in the world, people will be quicker to make sure you've been attended to.

The flip side here, of course, is that a well-dressed man also never has to be rude to people in the service sector.

A good suit and a calm smile will get him through doors while the men in their shirtsleeves wait outside, without any need to belittle or bluster.

Working-class men who provide a service through manual labor, are generally not the targets of fashion advice.

But they still benefit from dressing well.

A construction worker in slacks and a good polo looks like someone you'd hire to build your dream home.

The same guy in a filthy T-shirt and his painter's pants looks like someone who might cause unexpected delays and overcharge you.

There's a time and a place for everything. When you're working hard, dress practically.

But when you're doing business – hit the shower, comb the hair, and throw on a decent shirt and maybe a blazer.

Jobs might not fall right off the trees and into your lap, but they're a lot less likely to run the other way.  And you'll find a lot less worried employers hovering over your shoulder while you work, too. 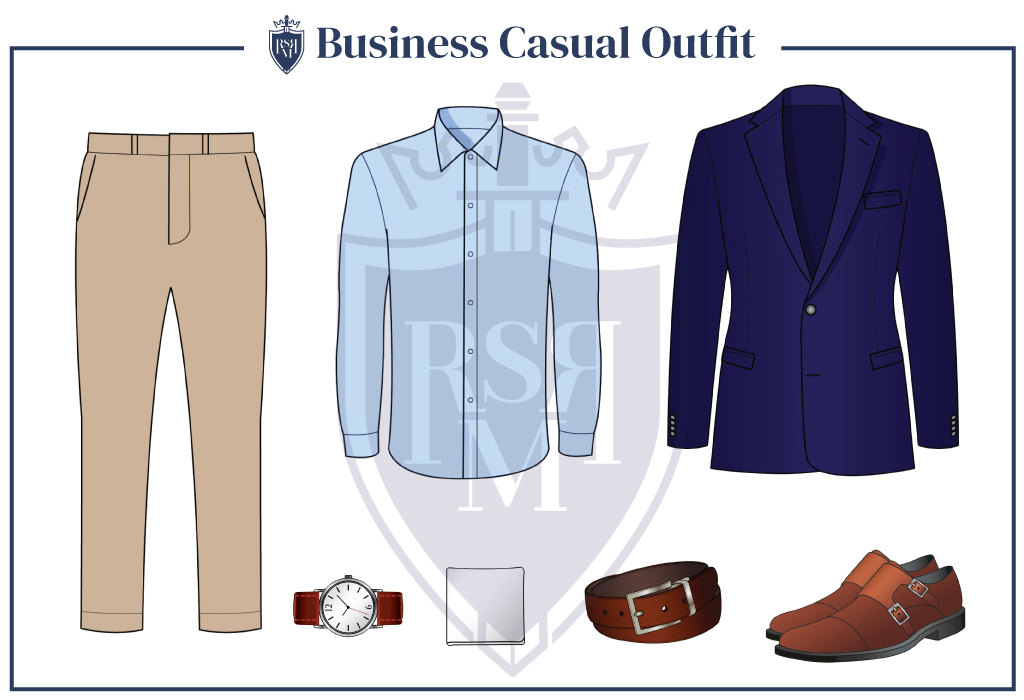 This is especially a big one for men living in college towns – the sloppier you look, the more likely people are going to think you're an undergrad.

That's useful if you're trying to sneak into a “free admission for current students” concert without paying the cover charge, but the rest of the time – assuming you're not, in fact, an undergrad – you probably don't want to be mistaken for one.

Upgrade the jeans to slacks, replace the T-shirt with something collared, and throw a decent belt and shoes on.

Suddenly, no one will ever mistake you for a college student on his way between classes again.

It's a little detail – but men who dress well tend to have spare layers on hand most of the time.

A well-dressed man doesn't carry extra layers of clothing just to offer it to his date on a chilly evening out. He understands the difference a blazer makes to his appearance when a button-down shirt will be sufficient.

But most of the time, when a companion (and especially a lady) is underdressed and feeling the chill, someone who's dressed up a little will have a jacket, a sweater or some other top layer to offer – and a decent-looking layer under it so that surrendering the garment isn't embarrassing. 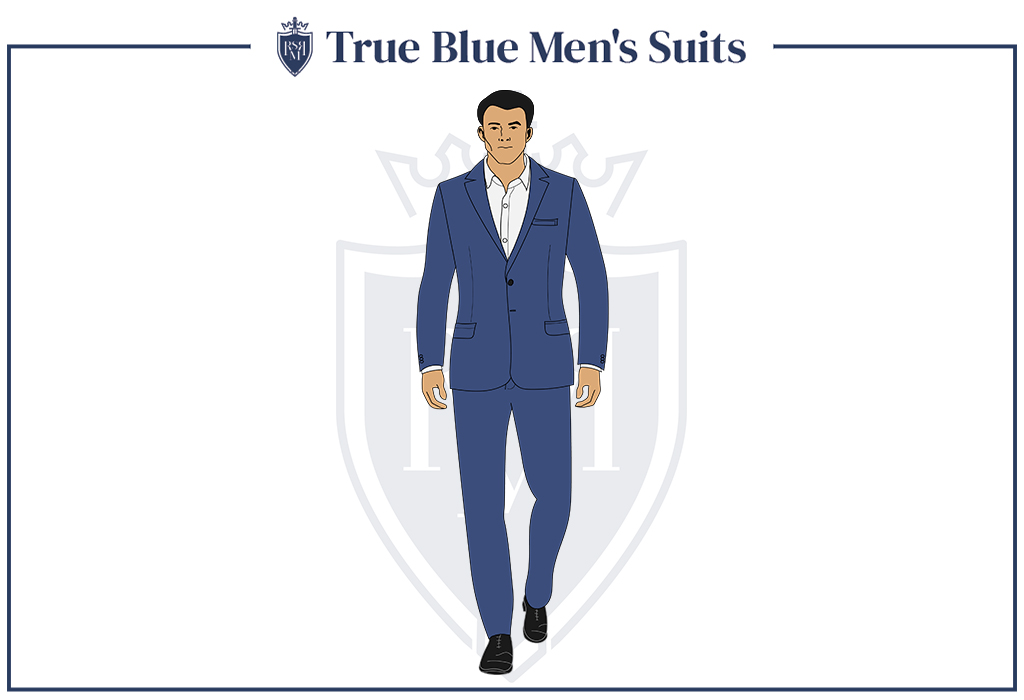 If you have to brag about your income, it's because you're not dressing as well as you could.

It's also rude. So don't do it – just dress nicely, instead.

There are a lot of high-powered professionals out there who expect real respect for their achievements – but who are still wearing off-the-rack suits with no adjustments.

If you start with high-quality clothing and you get it adjusted to fit, you'll never have to tell people that you're making big bucks.

They would have already assumed it. Even if you're actually pulling down $20,000 a year as a struggling freelancer.

Think profiling isn't real? Take a walk in an upper-class neighborhood wearing shabby clothes and see how long it takes a squad car to cruise by and give you the once-over. If your skin is dark, the effect will be even more severe.

Police officers make assumptions based on appearance just like the rest of us. If you're well-dressed when they first encounter you, it's going to make the assumption more favorable, regardless of the situation.

That comes in handy when you're walking around late at night, or when there's a big event going on and there's a heavy police presence. They're not looking at the guy in the nice blazer and dress shirt as a potential trouble-maker.

Dress nicely, and worry less about giving a n officer the wrong impression.

Typically, you know ahead of time when you're going to an event with a dress code.

But some restaurants, clubs and even theaters still maintain dress codes at the door. If you're not dressed well enough to get in those doors it makes your options for impromptu evenings out more limited.

Happily, most codes aren't that strict. If you've got a jacket and decent shoes, you're probably getting in. Some clubs might care more about looking trendy than looking nice, but it turns out that even a conservative jacket will generally meet their standards. You won't necessarily be the most impressive guy in the room, but you'll get through the door.

Here's a short, easy, no-brainer for you – if you're paying attention to your outfits, you pretty much always have a belt.

That doesn't mean much until those rare moments where you find a stray dog and don't have a leash, or someone's hurt bad enough to need a limb bound tight, or a luggage strap fails, or any number of other crises that can be solved with a belt.

It's not one of the benefits we usually think of when we talk about good dressing. But it is a basic, practical effect that you'll always enjoy if you're the sort of person who takes the time to always throw on a belt with his outfit. 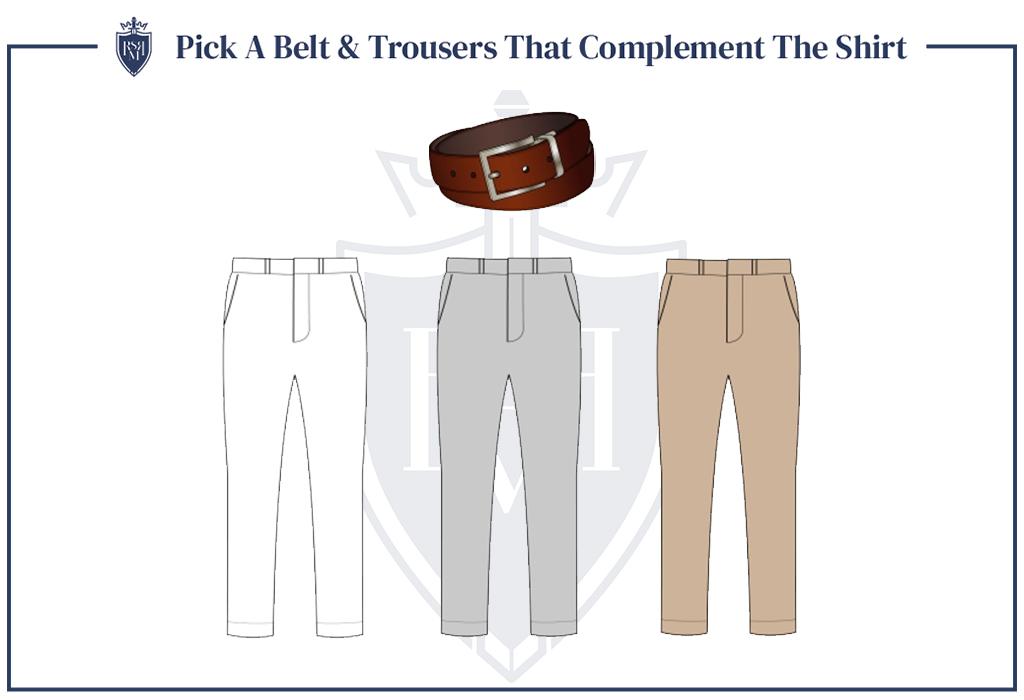 10. “I feel strange looking this sharp.  Are people looking at me?”

You can substitute another word for “butt” if you want to. We won't judge you.

Looking good requires a decent fit. And what do you know – a decent fit also makes your clothing more comfortable to wear!

You even get a circular effect. It's more comfortable to wear, which means you spend less time fidgeting or tugging unattractively on your crotch, which makes you look even better than the guys in unfitted clothes.

So by taking the time to learn their measurements and get the majority of their clothing adjusted, sharp-dressed men are also sparing themselves the discomfort of cheap, off-the-rack clothing.

Well-dressed men understand the importance of first impressions and they use this knowledge to their advantage. Studies in the field of enclothed cognition show the difference a suit makes to the psychology of the man wearing it.

A sharp-dressed man lets his clothes do the talking.

Previous Post: « What is Movember & What You Can Do To Participate
Next Post: Man’s Guide to Buying Aviation Watches | How to Purchase The Right Aviator Watch »