No, we're not talking about the start of spring training and NFL draft. Not to say those aren't important 🙂

Valentine's Day is right around the corner.

And whether you're taking your wife or girlfriend out for something traditional, hoping to give a budding relationship and extra burst of romance, or just stepping out solo in style, this is a day to look your best.

A lot of guys drag their heels at the idea of having to do something special for Valentine's Day.

Don't be one of them. 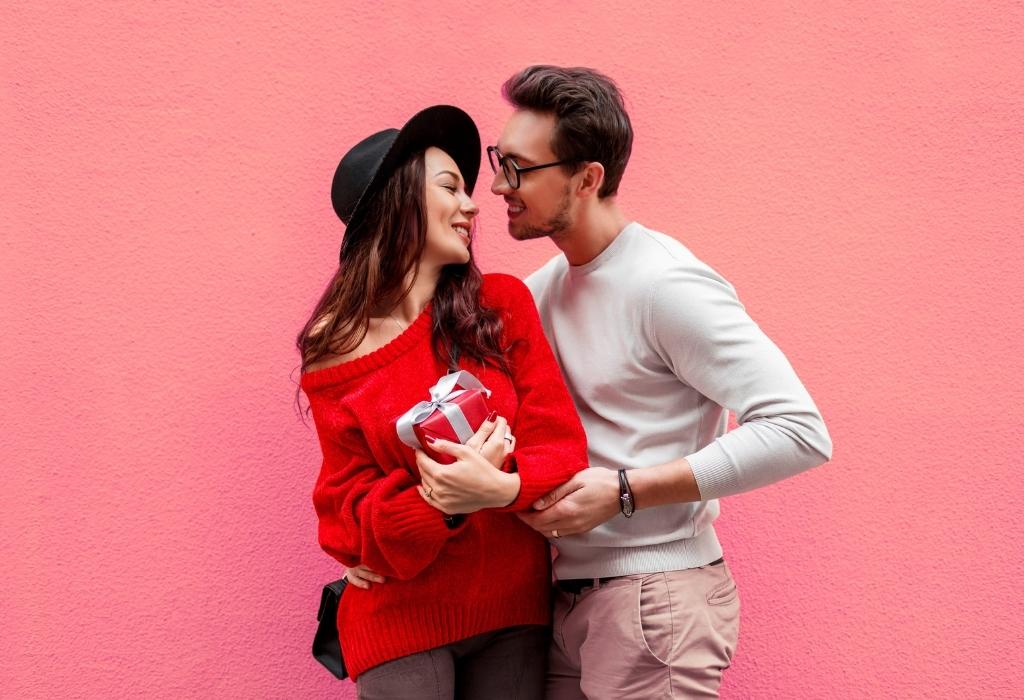 In your love life, just as in your professional life, you've got to dress for success if you want to have any.

And guess what – there are some powerful, scientifically tested reasons that dressing sharp will make your date more fun for you — and for your partner!

Click on the video below for a summary of this article and bit more detail from Antonio! 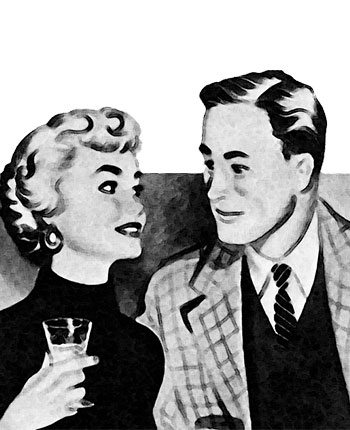 Our sense of “self” is deeply embedded not just in our minds but also in our bodies.

Things that we touch, see and feel can have a powerful effect on our behavior.

One study at Northwestern University demonstrated the effects of clothing by having students participate in simple cognitive tests. Some wore a white coat that they had been told was a doctor's coat, while others wore the identical coat, but were told that it was an artist's smock. Another group took the test with the coat present, but not on their body.

Overwhelmingly, across several tests, the students who thought they were wearing a doctor's coat performed better. Their lived experiences didn't matter — because they thought they were dressed like doctors, their minds became more analytic!

It's the same basic theory that underlies military uniforms, and the exacting precision demanded of soldiers. Having obsessively shined boots and razor-sharp ironed creases doesn't serve any practical physical function, but it trains soldiers' minds into a habit of attention to detail that carries over to more serious tasks.

So what does that all have to do with Valentine's Day?

It sounds hokey, but the effects are very real.

By making a special effort to look more “nice” or “handsome” or “respectable” than you usually do, you're priming your brain to adopt other behaviors that key into those self-images as well.

I got to witness the phenomenon in miniature myself recently, when we had a birthday party for my daughter. Since it was an afternoon “tea party,” guests were requested to dress nicely. The boys in collared shirts and bow ties and girls in fancy dresses were much better behaved than your usual outdoors birthday party, and made much less of a mess — the talisman effect in practice! 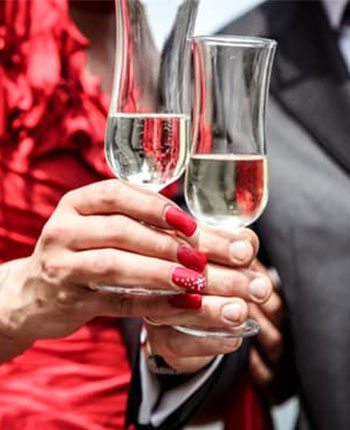 Reason #2: You'll Be Perceived by Others as a Gentleman

If dressing nicely can make you more charming and debonair, what will it do to the people around you?

Turns out it has a similar effect. We see nice clothes like jackets and dress slacks as social cues for “successful” and “respectable.” When people see those cues on you, their brains automatically associate the qualities with the man in the clothes, too.

That tends to make people more respectful, and also makes them interpret your behavior more positively. A polite request (a table near the band at a club, say) will sound good-natured and reasonable from a well-dressed man, but pushy and presumptuous from an under-dressed one.

Very small differences in attire have proven capable of exerting a major influence on people's reactions.

A study from the University of Hertfordshire in the United Kingdom asked participants to make a snap judgment about a person after being shown an image for just three seconds. In some images the person wore a tailored suit and in others an un-adjusted off-the-rack suit, but otherwise the images were identical — the cut and color of the suits was the same, and faces were blurred to prevent subtle differences in facial expression from having an impact.

Asked to evaluate the photos, respondents consistently ranked the man in the tailored suit as more confident, more successful, higher earning, and more flexible than the one in the off-the-rack ill fitted suit. The better fit and higher-quality material were enough to shift people's perceptions in a measureable way. 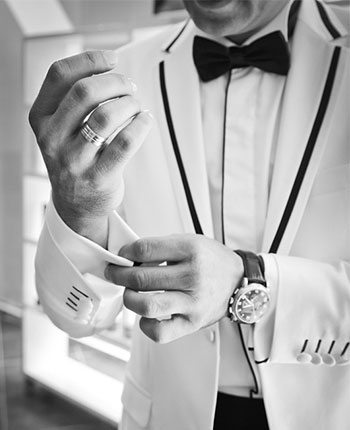 Is it a stretch to say that a good suit or sport jacket is “sexy”?

Not if you understand that it signals health, strength, and exaggerates any man's natural masculine traits.

And that – according to Evolutionary Psychologist Fhionna Moore – will increase your sex appeal to possible mates.

Wearing clothing that fits, compliments your body, and is of perceived high social status elevates you in the eyes of your wife, girlfriend, or anyone else who might view you as a potential partner.

A powerful personal presentation is a show of success and social strength. Wearing the attire of the well-to-do displays that you're comfortable playing with the big boys. You're mature, you're in charge of yourself, and you can prove it by dressing like the powerful and successful figures of modern society.

It doesn't matter if you actually are successful, or powerful, or rich. Putting on the clothes proves that you're willing to step into the arena, and that's enough to increase your sex appeal.

You're a competitor, not a chump; an Alpha, not a Beta. Or at least you appear to be 🙂

There's a powerful biological urge that attracts us to competitive and influential people. Humans like winners. Dress like a winner, and you'll be more appealing to everyone.

So do yourself and your date a favor: throw on a nice jacket, some leather shoes, and a stylish watch.

Those small trappings of success are a powerful aphrodisiac.

Respect Yourself; Respect the People You're With

As Shakespeare put it, “self-love is not so vile a sin as self-neglecting.”

When you approach Valentine's Day — or any day — with a healthy respect for yourself and your appearance, you spill that good nature over to everyone else as well.

Take the time to dress yourself in a manner that you feel successful, attractive, and ready for love.

If you can't manage even that much, it's going to be tough to give any kind of date the enthusiasm it deserves.

Would you like to improve your personal presentation? Click here to discover how thousands of men just like you have easily improved their style with my courses.

Previous Post: « How To Buy Cold Weather Boots | Guide To Buying A Quality Men’s Winter Boot
Next Post: The Cost of Getting Your Wardrobe Tailored | How Much Should A Man Pay For Tailoring Services? »