Yes… someone on my team really said that.

Gentlemen, you're ALL capable of leading meetings that energize people and get awesome results.

It's not a mysterious gift. It's a learned skill.

If you don't learn it, you'll spend a lot of awkward hours looking at bored faces… or worse, ANGRY faces. And you'll feel like you're wading through treacle to get anything done.

I learned the hard way… I've run thousands of meetings in my life. All you need to do is read on.

1. Do You Really Need A Meeting?

The #1 thing that will make people HATE your meetings? Having meetings that aren't necessary. You're not just wasting your own time – you're wasting everyone's time.

But how do you know when you need a meeting? Harvard Business Review created a decision tree to help you decide.

First off, have you thought through the situation yourself? If not, schedule some strategic thinking time – just for you. Even if you still need a meeting afterwards, you'll be able to tell everyone clearly what the situation is and what you want to achieve.

If you have thought it through, ask yourself if you really need outside input to make progress. Can you handle it by yourself? Then schedule time for doing the work.

If you decide it needs to be a face-to-face conversation… boom, schedule that meeting.

2. Decide How Often Meetings Should Be Held

There are two reasons to meet – to maintain momentum or to change course. By ‘changing course' I mean things like kickoffs, retrospectives, emergency meetings, planning sessions, workshops, sales, and negotiations. Those are all occasions for a one-off meeting.

To maintain momentum, you need regular meetings – but how often? Meet too often and it’s a waste of time. Not often enough, and work suffers.

I have frequent team meetings so that everyone knows the ‘commander’s intent' – a term I picked up in the Marines.

It means the big-picture focus – where we're headed as a team. If you want your team to work together to move a heavy log, they have to know which direction to move in – or all you'll get is exhausting chaos.

Weekly meetings may not be enough, especially if your team works remotely and priorities change quickly. I meet with my whole team 2x weekly and my managers DAILY – it takes up less time than someone wasting a week on the wrong focus.

If in doubt, you can use the priority matrix to decide. Is the meeting topic:

3. Make Sure Everyone Knows The Purpose Of The Meeting

In one of my favorite books, Essentialism by Greg McKeown, he talks about a management training exercise where teams competed to solve a problem. He noticed one team was getting nowhere – so he asked, ‘What question are you trying to answer?’

Nobody on the team could tell him.

Once he forced them to work out the question, the team quickly found a solution and won the competition by a landslide.

Takeaway: Don’t assume everyone knows the purpose of the meeting. Tell them explicitly, or ask them to tell you. If you're having regular meetings, it's worth repeating this every so often.

4. Have A Good Attitude

In any meeting (whether or not you're running it) you’re here to serve the purpose of the meeting. That means:

Set an example of the attitude you want your team to have, and guide them in the right direction.

For instance, I keep my team meetings positive by going around the group and asking each person to tell us a victory they've achieved in the past week. I don't do it every time, just often enough to create a climate where people take pride in their successes instead of dwelling on their failures.

Face to face meetings are best for team bonding, engagement, and all the nonverbal communication that takes place through body language. 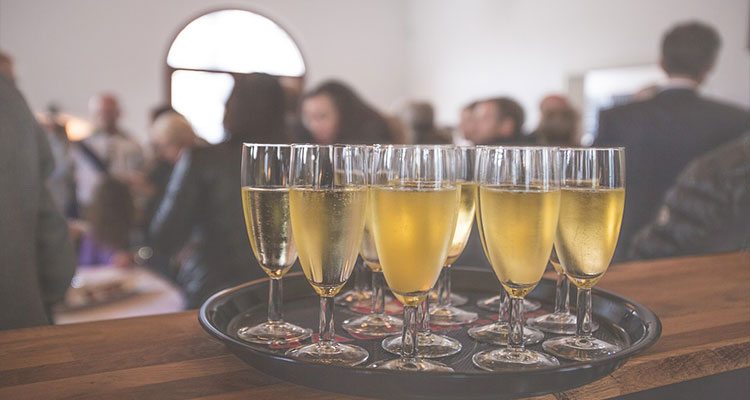 However, if your team don't all work in the same place, making them travel to a lot of face-to-face meetings wastes time and money – and if they're based all over the world like my team, it's simply impossible. All our meetings are virtual.

For virtual meetings we use Zoom, and I expect everyone to have their cameras on. Audio-only meetings risk people ‘phoning it in’ and not concentrating. However, I find 1:1 phone meetings are a great way to use time while driving.

Shy people may do better in text chat because they can ‘hide behind the screen’ and have time to think about what to say.

My content team have a group Skype chat where they can talk to each other any time. It has the advantage of being more immediate than email but less immediate than a formal meeting, with team members in widely different time zones dipping in and out of the conversation.

6. Make Sure Everyone Gets Heard

Google spent 3 years researching their highest performing teams – they called this ‘Project Aristotle’. They found that the best teams had 2 things in common:

Here's a tip to make sure everyone interacts. Have a list with the names of everyone in the meeting, and make a check mark when each person talks.

To get the quiet people talking, instead of asking for their ideas, ask for their reactions: ‘Hey Bob, what do you think of what Alice just said?’

This models for your team that everyone’s opinion matters. If the meeting is small enough, don’t end it until you’ve got a check mark next to everybody’s name. 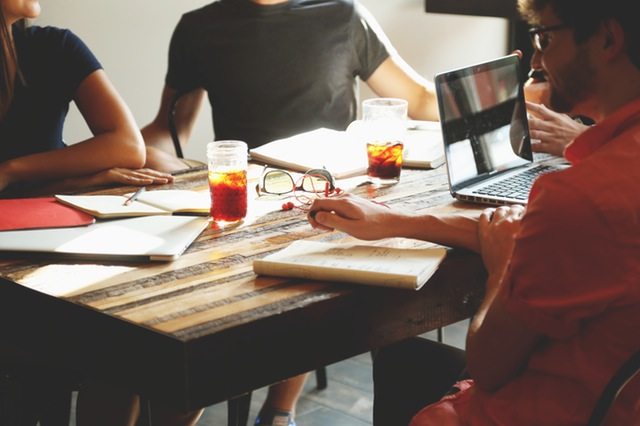 My tip to create psychological safety is even simpler. If someone raises a concern, don’t criticize them – thank them. Same if someone tells you they've made a mistake or they're struggling with something. Publicly thank them for having the courage to be honest. You'll find you get to know a lot more about what's going on in your team.

7. When's The Best Time To Hold A Meeting?

YouCanBookMe, a British company that makes scheduling apps for businesses, analyzed over 2 million responses to answer this question. Their finding?

The ideal meeting time is Tuesday at 2.30pm.

Why? It's not too late (in either the day or the week) so people aren’t too tired. And it's not too early – Mondays and early mornings are peak productivity times, and workers will be frustrated if you cut into that.

8. How Long Should A Meeting Be?

Research shows that attention levels drop quickly the longer the meeting lasts – especially after 30 minutes. So before you schedule a long meeting, take a look at the percentage of people who'll still be paying attention by the end:

If you go over 30 minutes you'll lose over a quarter of your audience. (And you might well lose focus yourself, too.)

If you really need a lot of time, schedule breaks or have a series of shorter meetings.

9. Know How To Make A Good Meeting Agenda

A good agenda makes it easier to stay on track, and also to take effective minutes.

Create your agenda early. Share it with people in advance and let them know if they need to prepare anything. That way you'll have everyone ready to hit the ground running for a productive meeting.

On your agenda, clearly state the purpose of the meeting at the top.

Then put items in priority order, break them down into key points, and make it clear if a decision needs to be made on any of them.

Make sure you allow enough time for each item, plus extra time at the end to answer questions and evaluate the meeting so you can improve the process.

10. Know How To Manage Conflict In Meetings

If you know there’s a risk of conflict, set some meeting rules to maintain order (and make sure you enforce them.) Here are some examples:

Watch out for nonverbal signs of conflict brewing.

Is anyone rolling their eyes, or making other expressions of disagreement? Are any meaningful looks, whispers, or notes passing between team members (possibly gathering support for a confrontation)? Is anyone staring at anyone else, perhaps trying to intimidate them? 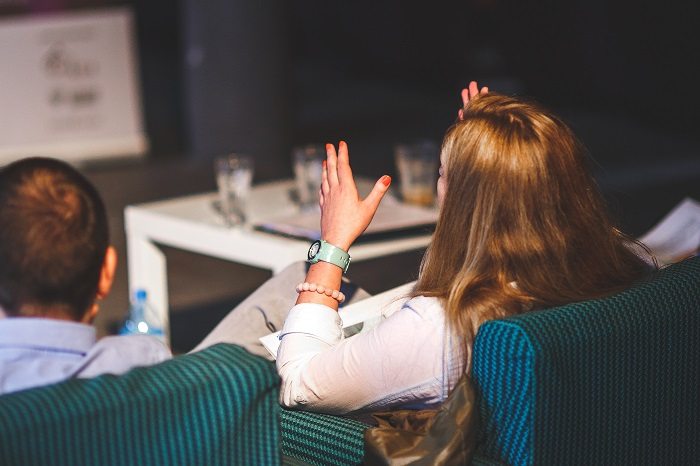 If you spot these signs, nip conflict in the bud by:

Finally, accept that you can’t please everyone all the time. If conflict’s been handled fairly and someone still isn’t happy, don’t take it personally… even if the person who isn't happy is you.

Bonus: Don’t Be Afraid To End A Meeting Early

Just because you’ve scheduled half an hour, doesn’t mean you have to fill it.

If a meeting has to end early because of tech issues, you should schedule a time to finish the meeting. But if you're genuinely done and nobody has relevant questions… give yourselves a pat on the back for having an efficient meeting, and end it right there.

There you have it – follow these 10 tips and you'll be known for running great meetings that really get stuff done. Remember:

Now we've covered that – did you know there are 5 different types of meeting?

You almost certainly don't think of all of these as meetings… but knowing how to present yourself in each one could change the course of your life. Click here to see the 5 different types of meeting and how to dress for them.

Previous Post: « 7 Winter Jackets Men Must Have – Cold Weather Essentials
Next Post: How To Match Your Tie And Pocket Square – Men’s Ultimate Guide »