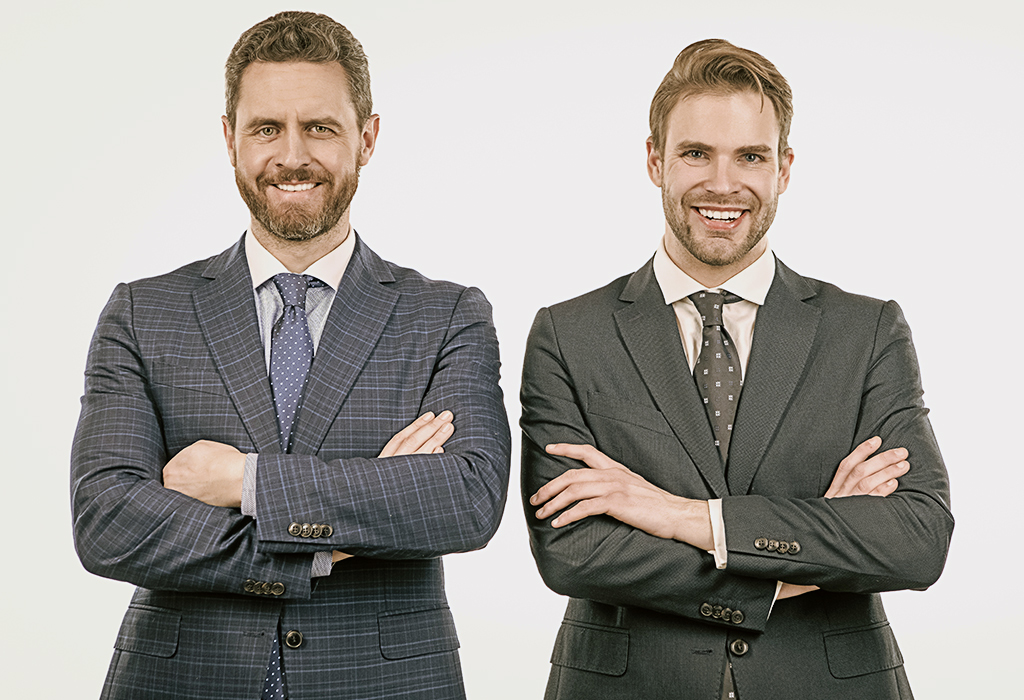 One of the reasons so much writing gets devoted to fashion is that it's a silent language.

Without saying a word, your outfit speaks — it tells people who you are, what your values are, and in most settings what your social status is. (Like any language, of course, it can also be lied in, but the communication is still happening whether it's true or not!)

Go a level deeper, however, and you'll find that we're speaking to each other on a visual level regardless of what clothes we're wearing. Body language is something that could work stark naked — though we don't recommend it, outside of your bedroom life.

The idea that unspoken signals can affect our thoughts and emotions is an uncomfortable one.

But body language really does affect our interactions. Some examples are very obvious: we all flinch, for example, if someone jerks toward us and makes a loud noise.

Hopefully that's not something you're seeing in everyday conversation, of course, but the principle is the same. We react to physical stimuli before we process conscious thought.

That was a handy survival trait when humans were trying not to be eaten in the wild. It can still be useful in modern society — but learning how to interpret the body language of others, and how to control your own, is vastly more important than being the first guy to run when something makes a loud noise. 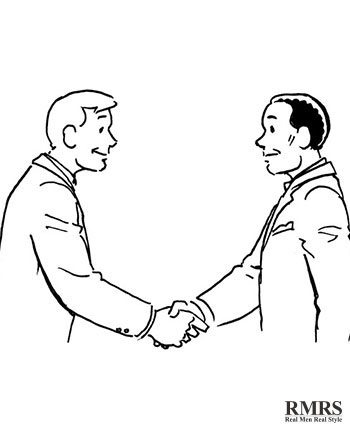 But Does It Really Work?

Books about body language sometimes make it seem a little too much like a Jedi mind trick. It seems too good to be true.

Fiction is especially guilty here — Sherlock Holmes might have been able to watch a man's hands move as he talked and deduce whether the man was lying or not, but most of us are never going to be able to pull off feats like that.

Even a trained professional can only turn observed body language into a general impression. There's no such thing as an absolute “read.” And people with an active interest in deceiving — con men, liars, and even just really good salesmen — can study the same materials just as easily as the people trying to detect them, and control their movements to deliberately mislead.

That said, yes, studying body language “works” — to a point. If you take an interest, learn to observe carefully, and read up on the science behind our motions, there's an impressive amount of non-verbal information that you can gather.

How Hard Is Reading (or Controlling) Body Language?

At first, anything to do with body language is going to be challenging.

Modern humans have very verbal brains. We like words, whether they're spoken or written. Learning to observe non-verbal cues is counter-intuitive for someone who grow up in modern society.

But, as with all skills, it gets easier over time. The more you practice observing silently, the more you'll internalize the observations, until you get to the point where you don't have to think about it anymore.

It takes a long time to get to that point. You'll need to consciously force yourself to observe people for a long time — setting aside time to go sit somewhere in public and work in it deliberately is a good way to get in the habit. So is watching people when you're running basic errands like going to the grocery store.

Keeping a conscious observation running when you're out in public will be a struggle. But if you do it every day for weeks, months, and years, you'll eventually become an expert “reader.”

Controlling your own body language is the flip side of that coin, and requires just as much practice. Actors and other performers can seem very charismatic even when they're “out of character” — that's because, to perform effectively, they've practiced controlling their body language over and over again.

You'll need to spend a lot of time studying and practicing in front of a mirror if you want to disguise or misrepresent your internal thoughts and feelings. But, just like getting a good “read,” it can be done by anyone — no special talent or innate skill needed. 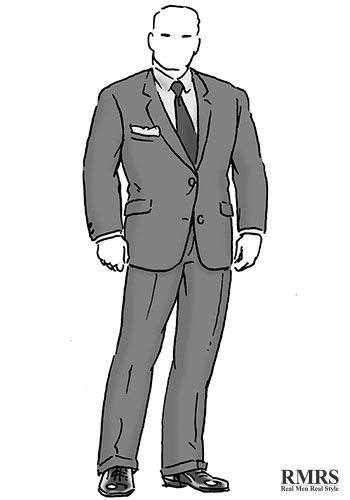 Everything from this point on is going to be a general outline. For a detailed look at the evolution behind our body language, you'll need a longer book.

But broadly speaking, these are some of the basic stances that men and women will assume, and what they suggest about the observed individual's feelings and thoughts:

Most of the time people's stances will give you mixed signals, combining two or more of these. Look to the feet and arms more than anything else — where the hands are resting (or clenching) gives you a good idea of how protective or aggressive a person is feeling, and where the feet are pointed tells you where their brains subconsiously want them to move. 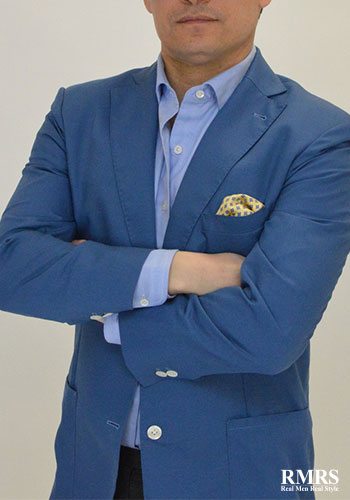 Posture is often trained (“stand up straight!”), and can be misleading on its own. Hands are generally less culturally conditioned, making small gestures and hand position offers good insight on a person's thoughts. Make sure you avoid any inappropriate hand gestures or the below: 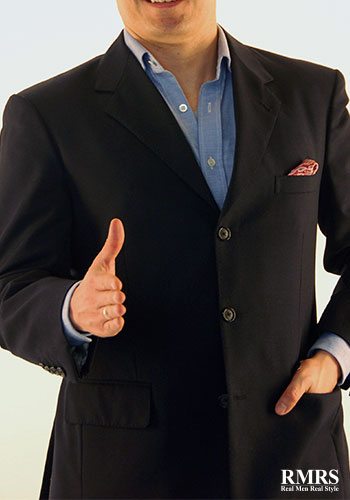 Handshakes are probably the most commonly asked-about of the different hand gestures that make up non-verbal communication. Some people put a lot of stock in interpreting handshakes — probably more than is really needed (and those people tend to be the ones who overpower their own, too, which doesn't necessarily flatter them as much as they're thinking.)

The idea that the handclasp comes from a Roman method of checking for weapons hidden up the sleeves is probably false (most traditional Roman garments didn't have sleeves, for one thing), but it is still a fundamentally trusting gesture, offering an open palm rather than a closed one.

These days, the handshake has spread to most cultures, though some Asian countries still prefer the bow. Don't overthink yours — but develop a good one, and learn to interpret other people's as well.

The most common handshake-related question is how hard to squeeze, and the answer is far more simple than most people make it: you should squeeze until you feel pressure on your skin, and then stop. You don't want to feel bones through the skin. Give one firm up-and-down pump and stop there. 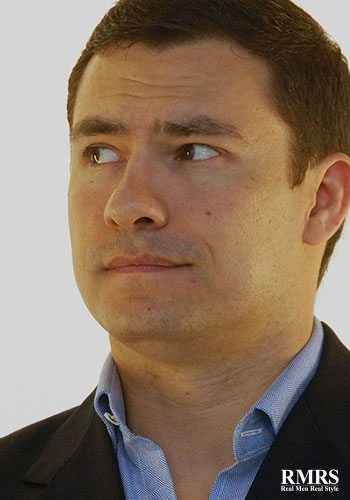 There are a number of over-simplified or outright false claims about people's eyes. “Liars always look to their left when they lie” is a popular on — if anything, any decent liar is more likely to look straight at the person they're deceiving, in an effort to appear more sincere.

However, eye movements can be telling — and, unlike hand gestures and body posture, they happen so quickly and subconsciously that it's difficult to fake them.

Gestures made with the eyes are often too fast for other eyes to perceive without the aid of slow-motion playback. Police interrogators can usually make the needed recordings, but in conversation you'll generally have to rely on your instincts — which are, after all, formed by your own subconscious observations, happening faster than you can track them. 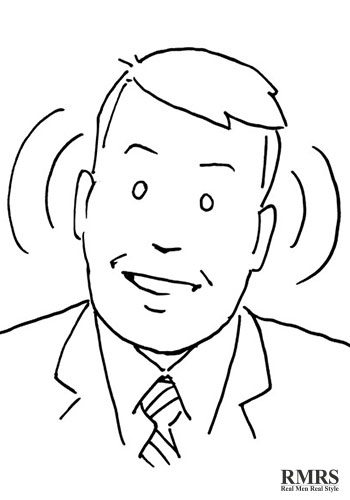 Body language is happening all over, all the time. It's not just one flicker of the eye in isolation, or a solid, statue-like pose.

Part of the reason it takes so much practice to become a proficient “reader” of body language is because the signals come too fast for a slow thought process to interpret. You have to get yourself so much into the habit of noticing signs that your brain starts to register them without your conscious input.

Beginners can start by learning to look for combinations that indicate overall moods or social positioning:

Any of these languages can be faked, and people who study body language often do so deliberately, both to mislead and to “prompt” themselves into a specific mindset. If you're feeling nervous, deliberately assuming a dominant stance can help calm you down and reassure you.

Body language goes far beyond these simple basics — many books have been written about it, and many scientific papers have explored the reasons behind our movements.

But for now, you know the very basics — and that should be enough to convince you that it's worth learning more!

Previous Post: « Man’s Guide To Ear Piercings| How To Care For Your Pierced Ears
Next Post: How To Harness Your Unfair Advantage | 3 Ways To Leverage Your Uniqueness »