Should you speak up? How?

Well, you know how kids are told not to talk to strangers?

As an adult…strangers are simply friends you haven't met!

(If you know how to interact with them)

You'll encounter unfamiliar people worth chatting with whether you're:

So you want to be great at small talk – with the help of your eyes, ears & body language.

1. Small talk leads to massive changes in your professional & social life
2. It helps combat nerves or shyness (especially for introverts like me)
3. It will make you feel better about yourself

This article gives 10 tips on how to start a conversation with anyone (including that “dream girl” sitting next to you).

The reality is your clothing matters every time you're out of the house and encountering other people – friends, colleagues, and strangers alike. It all stems from the idea of menswear as “silent” conversation starters.

Think about it: you spend most of your life in public with roughly 90% of your body clothed. So being able to understand the message behind your clothes – and controlling it – is a social skill you ought to master. Strangers will more likely engage with you if you're dressed to impress.

But that doesn't mean you should always approach people in a suit and tie. Dressing appropriately for the setting is crucial. And your choice of clothing has to reflect your age and even match your personal style if you're in a casual event.

And since the devil is in all the little details, also figure out how to use small accessories or accent pieces to your advantage: 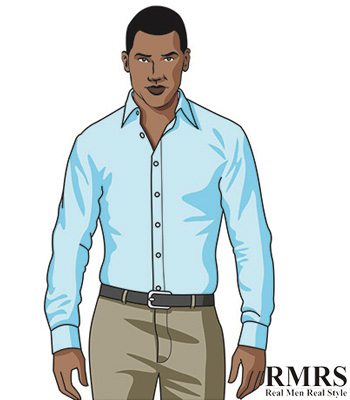 A lot can be said about a guy who can confidently take the lead and introduce himself. To pull off a nice introduction:

But whenever you introduce yourself, never approach people from behind. Especially women! That can startle or surprise them – and you'll risk coming off as creepy or sneaky.

And actually, studies show that women prefer to be approached from their side or at an angle (while men prefer the head-on way). So if you're thinking of talking to a woman whose back is turned – adjust your path, make eye contact from her side and then approach her gradually. 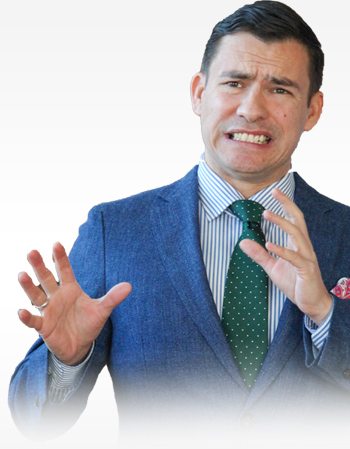 Failure…it's part of the game. But ultimately you're a winner by taking the initiative!

There will be times you nail the first impression through your introduction. And there might be times it doesn't go well. But that's okay!

The important thing is you're aware of that possibility but at the same time – you're not letting it hold you back.

Sure enough, there are certain signals that a woman is quite interested in a guy she just met. You may notice those signals in minutes – or even before you actually approach her!

But there's also a chance that when you approach her, she'll be annoyed at you since she's busy or meeting with someone else. Or she will imply those things using curt answers or “closed” body gestures. In those cases, be the gentleman you are and apologize.

Then walk away – but also hold your head up high! At the end of the day, people can't deny the courage you had to do what you just did. 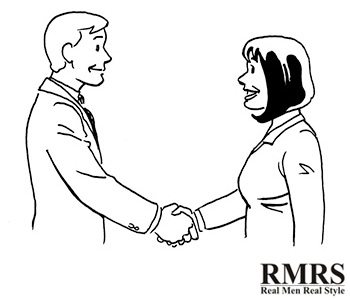 You know the main difference between a total stranger and someone you've started to get to know? The name.

Don't underestimate the value of knowing people's names – and repeating them during conversation every now and then (like right before a question).

This is an even bigger deal for professional relationships. Who would want to do business with a guy who doesn't even recall their name? So it helps to always ask for their card (if they have) at some point during the chat.

Capitalize on your smile! It does wonders for your body language and overall confidence.

It's double the power when you can smile and assume that the person already likes you. Pretending they're a good friend who's glad to see you and wants to catch up.

This attitude helps you loosen up and shake off nerves or tightness that you might be feeling initially.

But if you drink coffee regularly like I do, or if you enjoy black tea or a glass of wine from time to time – you have to check for visible stains or discolorment on your teeth. Then consider trying some of these tips on how to whiten your teeth at home. The truth is whiter is better for most people. 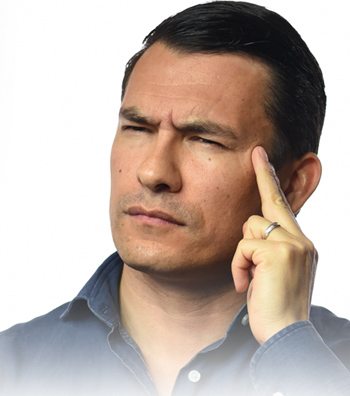 You may be the one who reaches out and makes the connection. But that doesn't mean you're the star of the show.

So keep a balance between talking about stuff and asking stuff. Start with basic, light questions about the weather, how their day was or other trivial (but harmless) facts about them.

After they dish out the details – you can ask follow-up questions that focus on whatever interests YOU about them.

And do give some nods or quick comments like “I see” or “Interesting” now and then. Those little actions prove that you're giving the other person their due respect while speaking.

If it's a woman you might want to date – you can actually let her do most of the talking since it's not technically a date. The two of you just met by chance. So give her the spotlight to feel like she can be herself while discussing her life. It'll set the mood well if you do ask her out in the end.

Many people aren't comfortable with speaking continuously in front of someone else (particularly if they don't know that person well).

So you need to toss in some good, open-ended questions that pick up on what they've been discussing. That will reassure them that they're not going overboard or acting self-obsessed. Use a confident, authoritative (but friendly) voice when you ask those questions.

That's how you make people more comfortable in your presence – especially if it's a pretty woman. It's one of the ways you can send your own availability signals. And it shows that you see her as a genuinely interesting person and not just some hot chick to spend the night with.

Tip #8 – Field Questions (Without Talking Too Much)

When it's your turn to answer questions, do it with conviction and honesty – but also with some level of political correctness. It's good to stand up for your own views and opinions as long as you respect those of the other person.

And avoid any answer that takes longer than two minutes. Chances are when you go beyond that period of time – you're going in circles or bringing in topics that are beside the point.

And for a woman you're speaking to – try to notice if she's gazing at you in an intimate way. Intimate gazing is when a person looks at the other person's eyes and then at the area just below the bottom of the neck. It's even better if she smiles while you're talking and giggles at your jokes or stories. Any of those probably means there's a spark formed.

Tip #9 – Determine If You Want To Follow-Up

At some point, you should decide whether to get that person's contact info. If it's someone you could do business with, it's okay to ask for their card early on (maybe after they mention their profession and you show an interest). If it's a personal contact – you can wait until the end of the conversation after seeing how well you hit it off.

But personally, I ask for their info toward the beginning. That way I'll be able to have more control. And I'll get to keep the flow of discussion going smoothly based on my knowledge about the other person. That means no awkward or silent moments whatsoever.

Many good things have to come to an end – and that includes great conversations. When wrapping up a conversation, you can ask for their card or contact details followed by saying “It was nice meeting you.”

But if it's a woman you're planning to ask on a date, you definitely need your most charming, sexiest voice and end with something like “I'll call you.” Smile and make eye contact for a few seconds after doing so.

And make sure you don't make things awkward by hanging around after the dialogue has officially ended! You must proceed with your next move and location whether it's:

Reading up on how to do small talk isn't enough.

Mastering it is just like other activities – riding a bike, playing a musical instrument, solving math problems, etc. You need a platform to try and fail and learn how to overcome obstacles. Here you can get the help of friends and family. You can try role-playing and ask for feedback regarding the things you said (or record yourself speaking).

Or ask your friends if you can join them the next time they're meeting up with their own friends. It may be slightly more comfortable since there's a mutual person involved. But it'll surely develop your small talk skills and confidence in the long run. And besides – wouldn't it be cool if your friends help you expand your circle further?

Previous Post: « Style Podcast #69: Menswear Items That Have Been Around for 100 Years
Next Post: Human Hair Anatomy Infographic »