Whole-Cut vs Oxford: Which Dress Shoe Is More Formal? 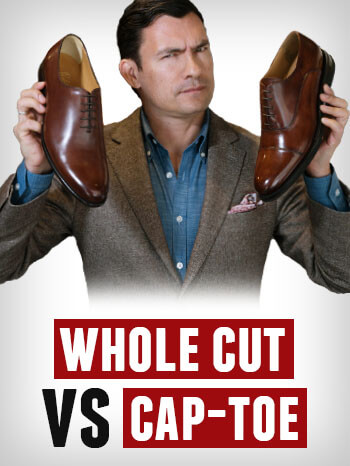 We have two classic dress shoes for you.

And the Balmoral Oxford.

But which is more formal?

It's a great question and one which we are often asked.

It can be very confusing. There are a lot of reviews and write-ups out there and to make things more confusing, there are also variations of each shoe.

But we will keep it simple.

The whole-cut Oxford dress shoe has become increasingly popular in the last decade and is currently the dress shoe of the moment. It features a simple, elegant design – constructed from one piece of flawless leather without a back-seam. It is designed to be understated and elegant.

Other dress shoes are constructed from multiple pieces of leather which are then sewn – or in some cases glued – together. 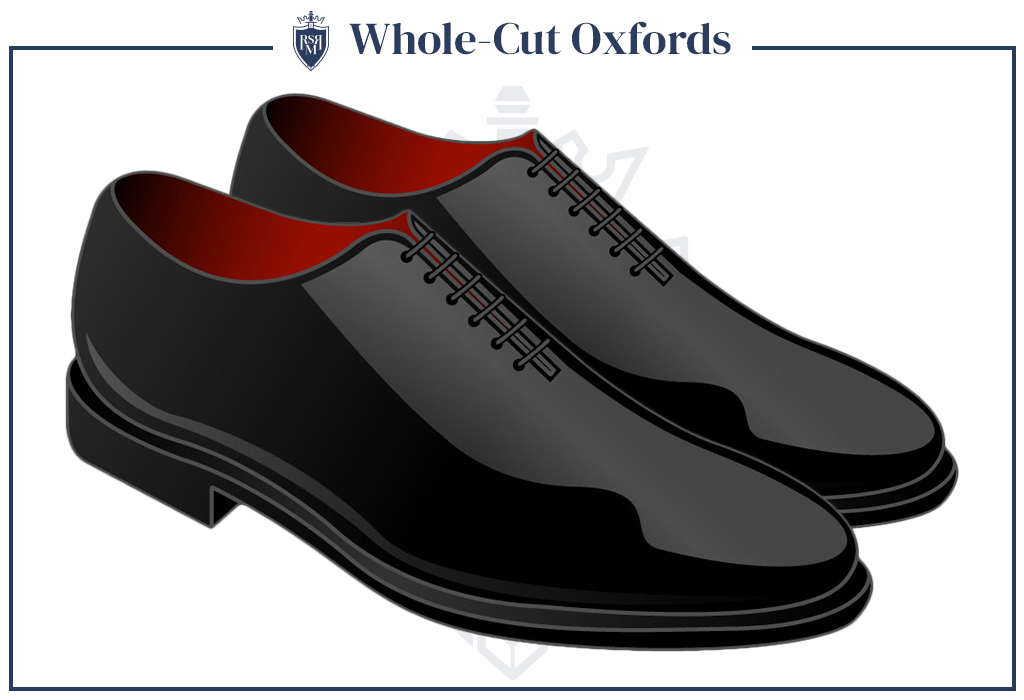 Whole-Cuts come with or without perforated decorations in the toe. This sleek shoe is more costly to produce than other shoe designs, as the single piece of leather must be free from blemishes.

In addition to this, the leather must be of a very high quality to stand up to the demanding manufacturing process. For these reasons, Whole-Cuts are generally produced by higher end shoe manufacturers.

The Whole-Cut Oxford also features a ‘closed lace system' which means the shoe laces are attached under the vamp. This, combined with the one-piece design, contributes to an sleek and refined shoe which lends itself to black tie events.

But is the Whole-Cut Oxford more formal than the Balmoral Oxford?

Traditionally, the Balmoral Oxford – named after Balmoral Castle in Scotland – is the dress shoe of choice. It has been the Gentleman's go-to shoe for over 100 years.

Like the Whole-Cut, the Balmoral features a closed lace system for a sleeker look.

Balmoral Oxfords are made from a variety of materials, including suede, canvas, faux and genuine leather, and calf leather.

But unlike the Whole-Cut, the Balmoral has a toe cap seam which descends to the shoe's welt. This additional detail makes it more versatile than its whole-cut cousin and means it can be worn to a Black Tie event or to the office, with a dark business suit. Traditionally speaking, the whole-cut is too ‘formal' for office-wear. 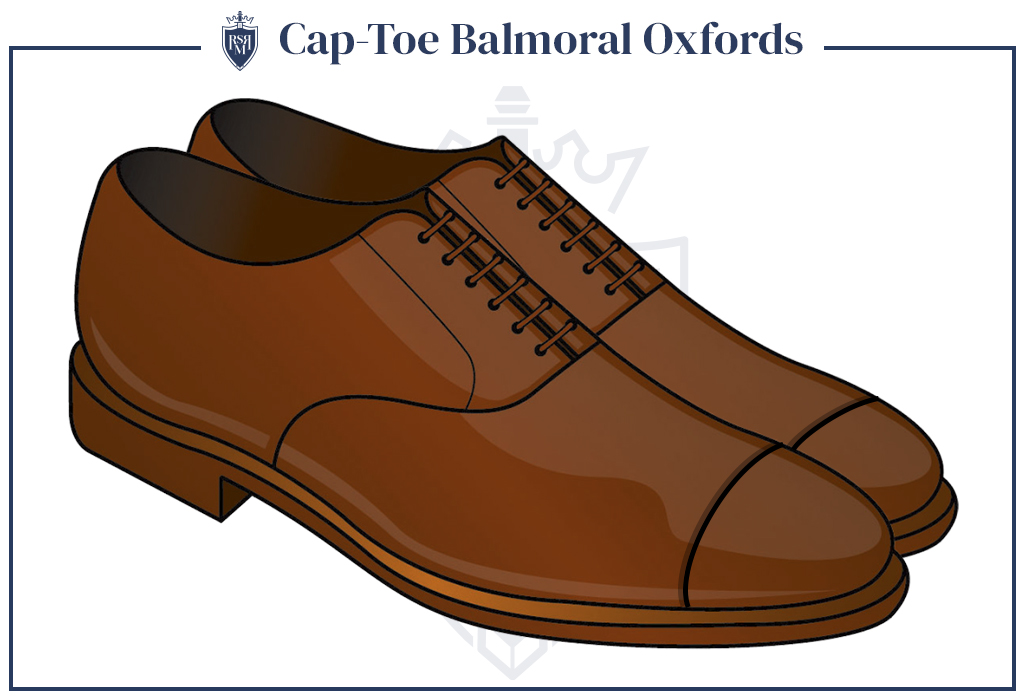 On the formality scale, the Balmoral sits one above the Derby shoe and one below the Whole-Cut. The classic Balmoral Oxford should feature in every man's wardrobe and should be one of the first shoes he buys due to its formality, heritage and versatility.

So who do we give the award to?

Gentlemen, please raise your glasses for the Balmoral Oxford.

Our reasoning is simple: it's all about tradition. The Balmoral's pedigree means it reigns supreme and is quite rightly named our winner. But that's not to say we dislike the Whole-Cut – quite the opposite, we think it's a beautiful, elegant shoe – but it just doesn't have the history behind it.

Think of the Balmoral as King and the Whole-Cut as Prince. Who knows? In another 50 years, we may have to think again but for the time being, there can only be one shoe which reigns supreme.

Click Here To Watch The Video – Whole-Cuts vs. Oxfords

Click Here To Watch The Video – Which Dress Shoe Is More Formal?