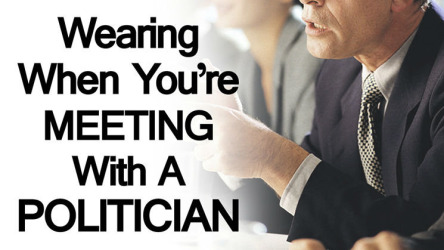 Today, I'm going to be talking about how to dress when you're meeting with a politician.

This is the question that came in:

Antonio, quick question. Next week, I'll be speaking at my state capitol in Mississippi about a possible bill. I was wondering what colors are appropriate for meeting with a politician. It might not matter, but any advice is much appreciated. Thank you.

Well, I wanted to take this a little bit step farther and actually talk about the styles of clothing that you should wear. I know there are some of you guys out there who are thinking,

Jokes aside, when you're going to your state capitol or you're going to the national capitol, or you may go to your country's capitol, depending on where you're at in the world, you definitely want to dress appropriately because at the end of the day. It's about what your goal is.

If your goal is to influence, then you want to come across as credible and nothing screams credibility as much as a suit or, at least, a blazer or a sports jacket. 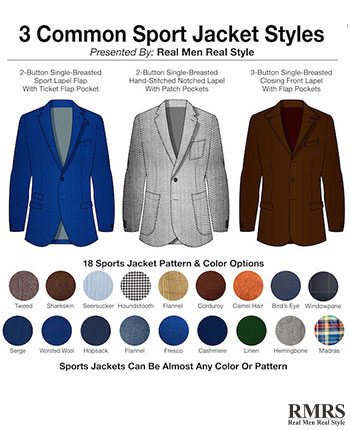 You want to have some type of jacket on which signals to these guys that you are one of them.

Again, I know I'm going to get some flack for this, but you might want to mimic the way they dress.

Hence, when in Rome, do as the Romans do. I know you probably don't normally wear a suit, but look at anyone that testifies in Congress or anyone that goes to the capitol. They dress a bit better because they want to be able to get their message across.

Now, there are cases in which perhaps if you want to really shake things up or if you want to draw attention and use a visual, you could dress a bit differently.

Let's say you're here in Wisconsin. We have a very strong Dairy Farmers Association. If you're running into a really big issue and if you don't feel anyone's listening to you — I know we've had issues where farmers will show up in their overalls.

Was it here in Wisconsin that some farmer basically flew over and dropped a whole bunch of manure on the capitol? That's a way of getting their attention and I don't think he was dressed in a suit.

It's not just the politician who you're trying to get to listen to you. There's going to be men and women surrounding him or her and those are the people that you really want to influence because they're the ones that are going to be more open to your message. It's probably going to stick with them.

And since they have the politician's ear a lot more often than you do and they've got a greater sense of trust, they may be able to influence.

So the meetings that you're going to have are not just limited to speaking to the politician.

You will also have meetings with the ones that come before and come after in the follow-ups, in those cases, you always want to be presenting yourself in the best possible light.

As for the color, I would go with charcoal grey or medium grey. Those are going to be the best colors for a young man because they're going to help you look a little bit older. Let's say you're in your mid-20s and you've already got a navy suit.

That's going to be perfectly fine as long as that suit isn't too blue and doesn't make you look like a teenager because that's something you don't want.

You don't want to go in there and look so young that they think, “Okay, this is somebody that can't even vote, so I'm not even going to listen to him.”

At the end of the day though, you want your suit to be very simple and conservative. You're not looking to ruffle any feathers.

You're not representing the Wisconsin Fashion Guild, which I don't even know if there is one, the point is you're not going to be going in and trying to strike a chord with, “Hey, look at my fashion sense.”

Simple, conservative, classic, but if you want to have a little bit of fun with your style if you're wearing a navy suit to bring in a very dark pair of brown shoes, that works fine.

Maybe wear a very simple pocket square. I wouldn't go for anything outlandish. You could go with a simple square fold with a white pocket square and that would look nice and classic.

Last but not least, and this is not really related to style, but make sure you've got plenty of business cards and that you collect as many cards or people's contacts as possible.

Best of luck to you!