Everything is so “smart”…but is it stylish?

Are there any tech innovations that improve style?

Most of these innovations weren't specifically created for style…

…but have been indirectly used to advance it…

This post was brought to you by Anson Belt & Buckle's micro-adjustable belts.

What makes them special? Their innovative belt-and-buckle system. Here's how it compares to normal belts:

Anson is now offering a Gift Box deal for $99.95. Buy a set of 3 buckles/2 straps or 3 straps/2 buckles (which means 6 possible belt combinations). It'll be an awesome gift for a friend, a loved one…or even yourself. 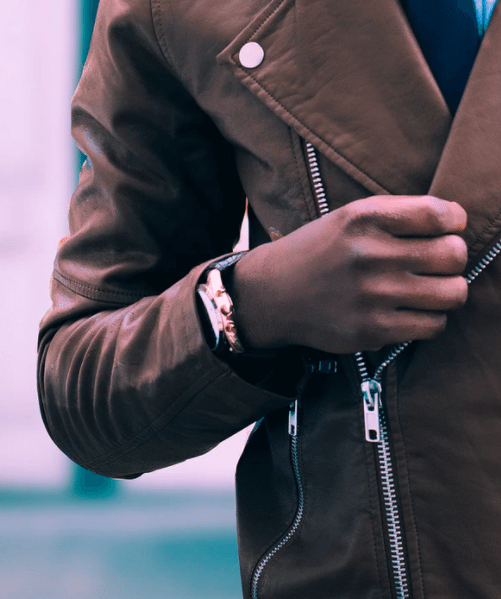 This is probably the most important of all inventions on this list. The majority of our outerwear (especially trousers) relies on the function of a zipper.

Could you imagine living in the pre-zipper era?  It wasn't actually that long ago. The first zipper was created in 1851, followed by another version in 1893. But both of them failed to become a commercial success.

It wasn't until 1913 when the first modern – and truly functional – zipper was invented. But who exactly coined the term “zipper”? It is claimed that the company B.F. Goodrich did it. The name was originally used for their zippered (and laceless) rubber boots. People bought them…enjoyed the convenience of wearing them…and the name eventually stuck.

We've all worn traditional belts with holes. Sometimes they're a pain. Sometimes we can't stand the lack of an accurate fit (thanks to the space between slots). It sucks having to hold your breath so you can go one-inch tighter…when you only need half an inch.

Luckily, we've got modern belts these days. Companies like Anson Belt are selling not just easy-to-fit belts…but belt straps that can separate from the buckle and be swapped with others. This allows you to make small but significant changes to your wardrobe.

Did I also mention that they provide excellent customer service? I know that first-hand since I've worked with them for almost 10 years. That's why I 100% recommend them. 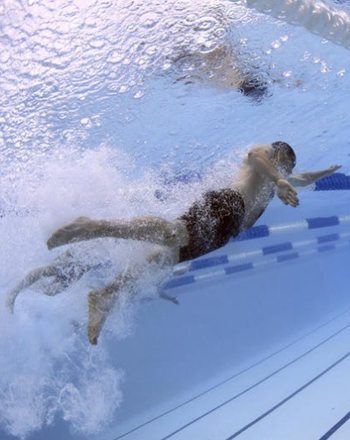 You've got to love science. It's the reason we can wear clothes that are stylish, comfortable, and practical for different things.

Science has paved the way for stretch fabrics such as spandex and elastane (widely branded as Lycra). Researchers were initially looking to make fibers using neoprene…only to discover what elastics could really do for the clothing industry.

The first commercial stretch fabrics known as elastomerics entered the market in 1958. They were mainly used for bras and swimwear until the late '80s. You can see them now in a wide variety of clothing pieces including slacks and dress shirts.

People love moisture-wicking fabrics for obvious reasons. They help us withstand sweating from the heat better…which means we get to work out better. But who deserves credit for developing them? Nobody knows for sure.

Some say the fabric was first invented by Stanley Kornblum and Robert Kasdan (who discovered the wicking properties of fabrics made from microfiber yarn). A patent was filed in 1998. But there's also a strong case for Kevin Plank – the founder of Under Armour – who started mass marketing this fabric in 1996 while he was at the University of Maryland. So maybe both parties should be recognized equally? 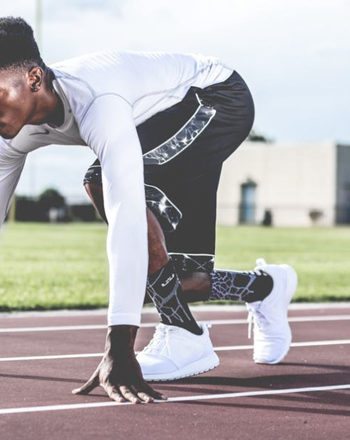 You've heard of compression socks, shirts, and shorts. But as hi-tech as they appear to be…the science of compression has actually been around forever.

It was used in medicine as early as around 400 BCE. But only in the mid-20th century did compression socks/stockings – designed to increase blow flow in the leg muscles – pop into the scene. And the modern compression clothing we can now buy in stores first came out in the early '90s.

Technology is the reason why we can wear clothes that suit our individual needs…and why they last much longer. Typical fabrics are wool, cotton, silk, polyester or nylon. But now we also have modern synthetics which surpass the others in durability.

These synthetics are made possible thanks to a high-density thread (for stitching). This type of thread has a lot of: 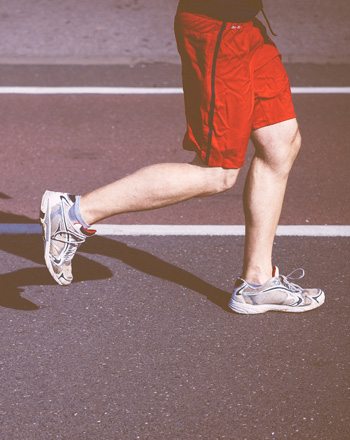 It wasn't too long ago when leather was the predominant type of shoe sole. Leather was tough and reliable…but it lacked the traction to handle slippery surfaces. It was also at risk of getting damaged by moisture.

But then rubber came along. It turned out to be the best material for athletic shoes, as evidenced by the release of rubber-soled plimsolls (sandshoes) in 1876. They were made by the New Liverpool Rubber Company based in the UK – initially for croquet.

Rubber soles are now preferable to leather soles for running shoes, gym shoes, etc. They offer the necessary traction and security. But don't forget that leather soles always have their place in the world of suits and formal wear.

Imagine if you had to wear masks made of bone or wood each day…just to block off the sunlight. Sounds bizarre? Those tools were actually used for centuries! They were the precursors to sunglasses. So we've made quite a progress since then.

An earlier version of sunglasses was also used by wealthy folks in China (dating as far back as the 1100s). Lenses were made of smokey quartz. But let's all be grateful for the creation of polarizing lenses in 1936. They led to the modern sunglasses which we can now buy in different shapes and styles. 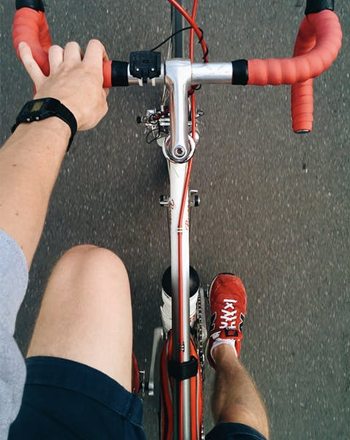 How would our lives be today without quartz watches? Probably a little “off”…in terms of time.

I say that because when the first quartz clock came out in 1927 (invented by J.W. Horton and Warren Marrison) it was quite a breakthrough. Quartz movement watches proved to be more accurate – plus more affordable – than the mechanical watches that came before.

The innovations didn't stop there. We currently have smartwatches as well. It wasn't that far back when the first smartwatches were called “computer watches.” They were big…and were even bought with an external keyboard!

But things changed in the '90s when these devices incorporated pager technology. They would offer wireless connectivity…on a global scale. From the Samsung SPH-WP10 cell phone watch in 1999 to the recent line of Apple Watch products, smartwatches have really evolved. They're now amazingly functional (connecting to your mobile phone or WiFi) and super stylish too.

Shaving hasn't always been as safe as we know it to be. Your grandfather had to use straight razors in his younger days…and it was like pressing a pocket knife to your face every stroke!

Then safety razors came out in 1762. They reduced the risk of cutting oneself by adding a wooden sleeve (covering the whole blade except the very edge). Later on in 1880, the double-edged safety razor followed. It was also the first razor which had disposable blades.

Cartridge razors would then make waves in the 1960s, followed closely by disposable razors designed for one-time use. Those were the game changers – allowing men to shave more safely and with less need of precision. So it's no surprise they're some of the most commonly used razors worldwide. 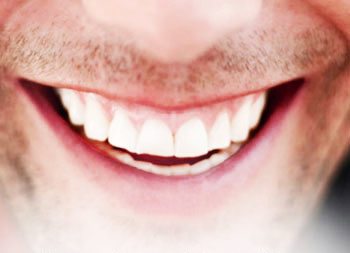 Imagine if you couldn't smile with your teeth because they were ALWAYS dirty? Or worse…because of tooth decay? Now imagine if everyone else on this planet suffered the same fate?

Thank goodness toothpaste was invented. There's evidence that toothpaste existed as far back as 5000 BCE in ancient Egypt. But what was it composed of? Ash, ground hooves, and burnt eggshell…how refreshing.

It was during the late 1800s when toothpaste started having a minty flavor (a result of premixed pastes and cremes). But the whitening kind that can”brighten your smile” was only invented less than 30 years ago. Toothpaste recipes have remained quite consistent ever since.

So there you have it – examples of how clothing and style have changed with technology. Is this proof that tech is ruining style? NO.

There's a saying: “Necessity is the mother of invention.” Zippers were born out of a need to wear pants conveniently. Quick-drying fabrics – to run without sweat holding you back. Sunglasses – to protect the eyes without covering the whole face. Each item was meant to fulfill a need.

In the end, technology makes clothing more comfortable and functional. Guys like us can be stylish every day whether we're working, working out, grabbing a cup of coffee or taking the subway. Tech has now made it easier to live with style. That's why we should embrace it.

Why not use tech to your advantage and get a micro-adjustable belt? This is a product of Anson Belt – a family-owned company I've done business with for years. Their interchangeable belt straps & buckles (all of which have micro-adjusting belt technology) come at amazing prices.

Previous Post: « The Right Way To Cuff Jeans Infographic
Next Post: Why You’re Not Successful? | These 12 Things Separate Amazing From Average »