The marketing genius behind the Marlboro Man campaign fooled us into thinking that cigarette smoking is cool.

Fifty years later… the American Health Association declared that smoking is a leading cause in preventable fatal diseases.

Now, there’s a hip and trending alternative to smoking.

This article is a response to one of my reader who asked me this question – Is it cool to vape?

Let me be straight up with you – No. I don’t think it’s cool.

As a father and a non-smoker, I perceive it as an unhealthy habit.

Is it right for you?

In some cases, the answer is yes. You’ll see my reasons for creating exceptions below. But first…

Click here to watch – Is Vaping Cool?  How Vaping is Perceived and its Effects

Click here to watch – Is Vaping Cool?  How Vaping is Perceived and its Effects

Vaping is when you inhale and exhale the vapor produced by an electronic cigarette or a similar device.

Vaping utilizes a Propylene Glycol or Vegetable Glycerin based liquid – mixed with small amounts of nicotine and food grade flavoring that gets vaporized in a small battery powered atomizer.

The vapor created is inhaled and exhaled much like cigarette smoke hence the term, “vaping,” as opposed to “smoking.”

The device used is called an electric cigarette or an e-cigarette that feels, tastes and looks like a real cigarette.

It simulates the experience of smoking.

Another phenomenon sweeping through America is the popularity of hookah bars. The vapor or smoke in this case is passed through a water basin called shisha and then inhaled through a pipe.

Hookah is part of the culture and traditions of the Middle East and the Arab world. It was historically used as an alternative to smoking tobacco. Hookah is a social activity. A pipe is shared by a group of people.

IS IT SAFE TO VAPE?

Smokers are addicted to nicotine. Tar and other toxins found in tobacco smoke are more harmful than nicotine. Vaping removes the exposure to the most harmful substances in tobacco.

Research suggests that vaping is already helping smokers to quit. 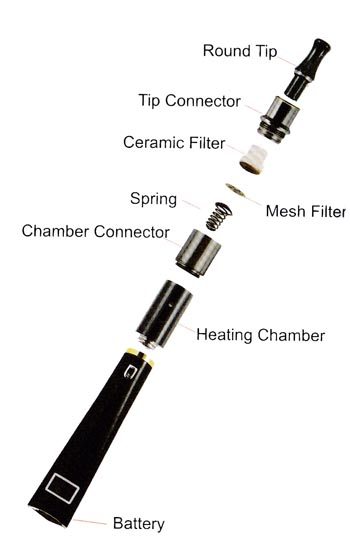 Under certain conditions, e-cigarettes might expose their users to similar or even higher levels of carcinogenic formaldehyde as tobacco smoke.

The World Health Organization recommended that e-cigarettes should be banned indoors. They emit chemicals that are potentially as dangerous as cigarettes and have a passive smoking risk.

Another report released in 2005 by the WHO states that the use of a shisha poses a serious potential health hazard and is not a safe alternative to cigarette smoking.

Consumption of hookah is now discouraged in certain parts of the Middle East and India, the places where it originated. There are general bans on hookah bars in Saudi Arabia and Riyadh.

Consider this – the average hookah session lasts around 40 minutes and consists of 50 to 200 inhalations that each range from 0.15 to 0.50 liters of smoke.

Users consume about 100 to 200 times the volume of smoke of a cigarette in an hour long session.

The long term dangers of vaping are unclear. More research is required into the long-term effects of using e cigarettes and hookah..

WHY IS VAPING PREFERABLE TO SMOKING CIGARETTES?

So – what’s the big deal? It sounds like vaping is an environmentally friendly and safer option. 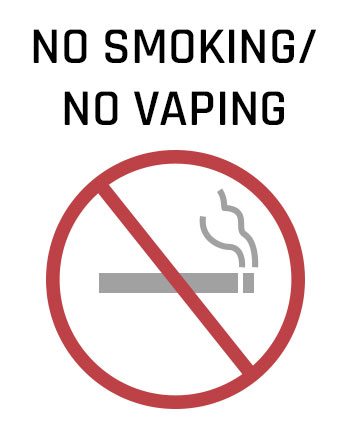 WHY IS VAPING NOT COOL?

Vaping devices have been found to emit formaldehyde – a carcinogenic substance. Along with small amounts of nicotine and a few other chemicals.

Despite a different chemical composition of the smoke, it is expected that heavy and long term use still has the potential to lead to diseases generally induced by tobacco.

What about the cost?

Vaping works out to be about half of what cigarettes cost!

It is a reduced expense but still an unnecessary expense. Convinced that it is not harmful – some people end up spending as much or more as on cigarettes.

Vaping is acceptable as an alternative to people who are already smoking cigarettes.

Non-smokers trying it may graduate to cigarette smoking instead of the reverse.

Despite the absence of addictive elements, vaping can become an addictive habit.

It took us 50-60 years to confirm that tobacco in cigarettes leads to fatal diseases.

Vaping is currently unregulated and there are no conclusive reports to determine the consequences of long-term use.

Around the world, governments are banning the use of hookah among young people.

In the U.S., however, the appeal of vaping is increased by the lack of nightlife options for those under the age of 21. Especially in smaller towns in the U.S., vaping is becoming the alternative to under-age alcohol abuse.

The issue here is the development of a habit that would possibly lead to cigarette smoking. Many states do not yet have laws around the sale and use of vaping devices.

There are a number of other alternatives to enjoy the social company of friends. Some of my friends meet at the local gym or for a game of basketball every week.

Joining a dance class or a language learning course are much better social alternatives to get to know other people.

Invest in things that are not going to cost your health and take away from you what is required to live a good, healthy strong life.

Here’s the bottom line – if you are a smoker wanting to quit, vaping is an alternative for you to try.

If you are not a smoker, I would suggest you pick option two.

Because to be clear – I do not think vaping is cool.  But it might be a way to help you stop smoking.

Previous Post: « What Does Your Face Say About Your IQ – Conveying Intelligence Through Facial Expression
Next Post: Build Trust Instantly Using Fragrance | How A Man’s Scent Influences Confidence | Smell & Influence »