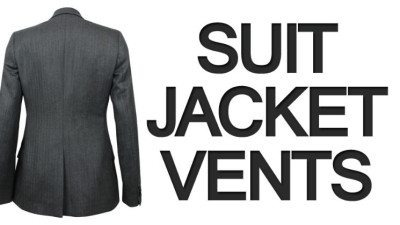 If you haven't already, please subscribe to our YouTube channel. By doing that, these videos would come right to you and the button is right up there.

If you like this, if you find it useful, I would appreciate it if you would like it down below.

And last but not least, we've got our free 47-page e-book. If you haven't grabbed it, make sure to grab it. It's awesome.

So we're going to be talking about — if you've ever been shopping for a jacket, you've probably looked at the back of the jacket and not given it much thought until you perhaps looked at a few jackets and you realized, wow, this jacket has no vents in the back, this jacket has a single vent, and this jacket has two.

What is a Suit Jacket Vent? 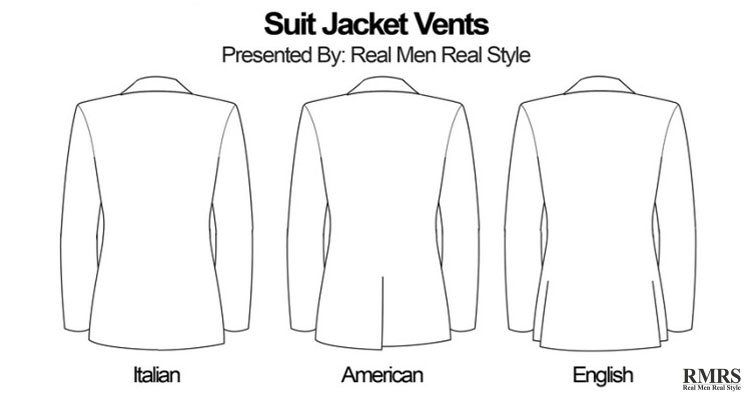 What do I mean by vent?

In the back portion of the jacket, you've got openings. These openings are there to give a man room, to give a man flexibility, to give him a little bit of extra mobility, the ability to move, and that's the actual origin of the vent.

The first vent supposedly that came around was whenever a man started wearing a jacket on a horse. And so, it has an equestrian background and they actually put the single vent right — it was a slit right down the back and you see this on jackets still. We look at an overcoat. It should have actually a slant right there in the center.

This was a really nice compromise because it gave a man versatility, but at the same time, it didn't allow a whole lot of — it kept warmth in. And so, it was very functional. He could jump on a horse and the jacket would slide on both sides of the horse, and so, this worked very well. Now, most of us are not riding horses day to day, so we don't have that need.

I still see it out there and I'm going to talk about it briefly, but overall, it's my least favorite type of vent, and the reason being is it's the cheapest to manufacture and it complements,although most men can fit into it and it will work for most men, it doesn't really complement but a very small number of builds.

Although most men can fit into it and it will work for most men, it doesn't really complement but a very small number of builds.

The only build I feel that it really compliments is if you have a bit of a bubble butt, then you want to go for a single vent.

Otherwise, if you're short, if you're tall, if you're a large man, if you're a small man, I think that either a double vent or no vent is going to suit you better. It's just a nicer looking jacket.

The single vent is also known as the American, then it was made popular by Brooks Brothers in their sack suits. Whenever I see a single vent again, it immediately signals to me that I think it's a little bit lower quality of a jacket and that's all I'm going to hit on.

I understand, by the way, that most jackets out there are single vents. I'm just saying if you have the option of going for a double or a no-vent jacket, then always give those a second look and don't be scared away. 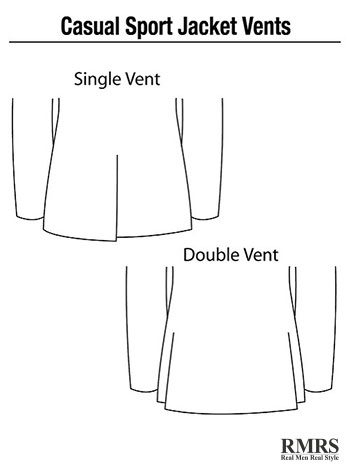 Let's talk about the other one that a lot of men I think are frightened — not frightened by, but they just don't know a whole lot about, and that's the no-vent jacket. Now, this is more known as an Italian style in the sense of there are no

Now, this is more known as an Italian style in the sense of there are no vents, and this usually comes from a jacket that's very well-fitted, one that is made to fit a slimmer, more petite physique.

I think the no-vent looks, looks great on smaller, petite men, or on short men who are a bit stout, and the reason being is it can wrap tighter around the torso and it can give you — it can slim up the hips and give you a more slimmer, more monochromatic profile. It just allows the eyes to go up and down and it makes you look slimmer.

It just allows the eyes to go up and down and it makes you look slimmer.

That's the whole part of why the Italians, I think, mostly go for it. It compliments a small, petite body build, or a man who's trying to look a little bit more trim.

A lot of guys are scared off by this because they think it takes away from the mobility, and it does. If you put your hands in your pockets and you have no vents, you're going to find the whole jacket rumples up.

Now, I think it looks great because one, you put your hand in your pocket and you've got this slit. It just looks better and you're not exposing basically your backside.

Try that with a single vent. You put your hand in your pocket and all of a sudden, it slides open and you're basically — especially if you're wearing a navy jacket with, let's say, a pair of light colored trousers, all of a sudden, what does everyone see when they're behind you? Basically, your backside.

That's why I love the double vent. It does a better job of covering your backside and continuing and maintaining a long, streamlined look. Some men also say that the line that's created over on the side can help make you look taller. I don't know about that.

Also, you'll find that jackets made of this style can be a little bit longer as well, and this is great for taller men, not so much for short men, although they can have those jackets shortened. I didn't mention, but with the Italian cut, that's another thing with the no-vent jackets, is they're usually just a little bit shorter, so that's another hidden benefit for those men that are probably south of 5'7″, 5'6″.

So the double vent, what else is there? Again, you're going to see this in probably more structured English-style jackets. I think it also works great if you're going to be riding a horse because it's got the flap at the back.

Now, again, the body type that wants to stay away from this, if you've got a build of a bubble butt, and the reason being it's going to almost flap out in the back like a tail and that's not what you want. In that case, you would go for the single vent in the back.

All right. Well, that's my overview of men's vents in suit, sport, and blazer jackets. I didn't get into each of the styles, but I write about this and talk about this a lot more, and I'll link you to a good article, which will expand on the subject.

This has been Antonio Centeno with Real Men Real Style. I'll see you in the next video. Bye-bye.