Ever tried on a suit and noticed…

What about the breast pocket on a jacket?

Or the suit vents?

Or that tiny fifth pocket on your jeans.

Why do these arbitrary things exist?

The truth is out there, gentleman.

Today's article is about explaining the reasoning behind all those style mysteries.

1. What Is The Difference Between Suits, Blazers & Sports Jackets?

Do you still get confused whether you’re wearing a suit, a blazer or a sports jacket? Or which occasions to wear each kind of jacket? Time to know the differences.

The suit is a combination of a jacket and pair of pants that are made of the same material and fabric.

It’s come a long way from its origins in England in the early 20th century (as informal clothes) – now it’s a staple in office wear and formal or semi-formal events. 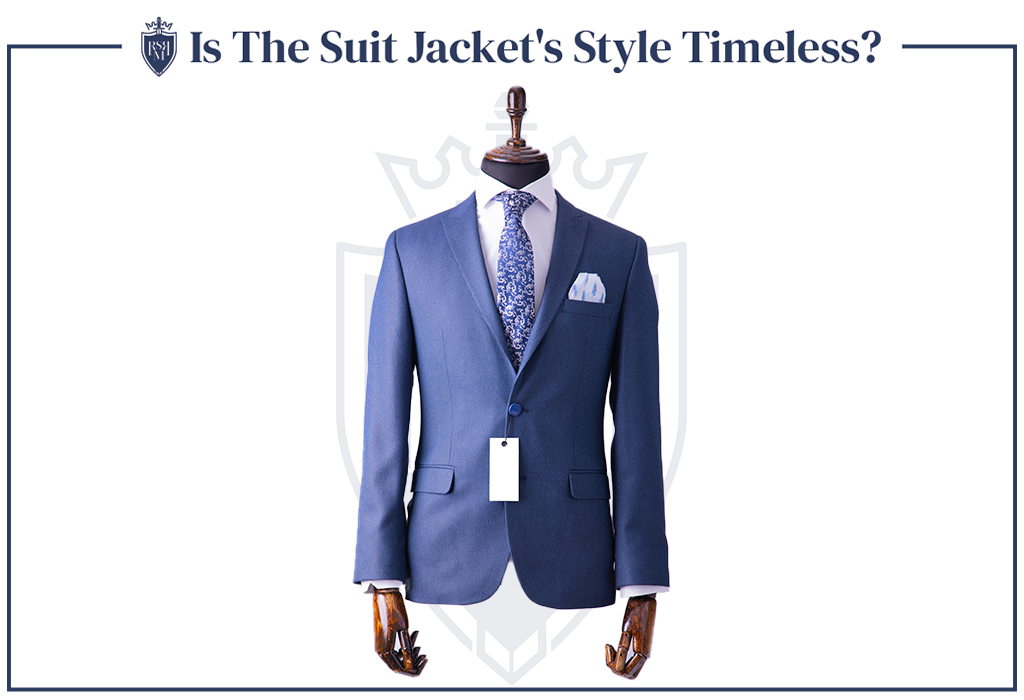 The sports jacket was originally designed for sport. It was great of hunting since it was made of tweed and other rough fabrics.

Today it’s commonly used for casual styles – and it’s the also most versatile jacket of the three. Sports jackets come in various colors and patterns, and can be matched with jeans or odd trousers.

Meanwhile the blazer lies in between the other two. This slightly formal jacket – particularly the navy blue type – has a nautical feel since it was part of the British Navy uniform in the early 19th century.

Nowadays it’s probably the most flattering jacket as it highlights a well-built figure.

Here’s a guide to choosing the right jackets and styles for your wardrobe.

2. Why Do Jackets Have Left Breast Pockets & Ticket Pockets?

These are the pockets we always see on our jackets and hardly pay attention to. But did you know that men before us would use them to make everyday life easier?

Let’s start with the left breast pocket. These days it’s the perfect spot for a pocket square which enhances your jacket. But not too long ago – this pocket carried cartridges or other handy items used by men in the military.

Since most soldiers were right right-handed, it made sense to have a pocket on the left side so they could quickly grab what they needed to load up their rifles.

And then we have the ticket pockets. You might see these occasionally on high-end or custom designer jackets. But about a century ago, they were traditional features.

It was a time men would travel around by train – so these pockets were convenient places to keep their tickets before showing them for inspection.

3. What Are Sleeve Buttons & Surgeon Cuffs For?

So the jacket sleeve has a really interesting history. I think it's a great example of how something functional can make its way to becoming tomorrow's trend.

The buttons on the sleeves were originally made of brass. Supposedly, Napoleon Bonaparte had them added to the army uniform so that soldiers would avoid wiping their noses with their sleeves. But whether these things successfully did the job – who knows?

Meanwhile surgeon cuffs – as the name suggests – were quite useful for doctors during the French and English War. They supposedly requested for jackets with cuffs that could be rolled back whenever they’d treat patients. Before an operation, they just had to unbutton the sleeves and roll them away (giving the sleeve buttons a purpose) in order not to ruin their clothing.

Now you’ll only see surgeon cuffs on select jackets styles – and the majority of jackets have non-functional sleeves buttons purely for show. But keep in mind the following:

4. Why Do Jackets Have Vents?

You might be wondering why jackets have different styles of vents (slits at the bottom of the back) – and whether they’re that big of a deal. The truth is they’re useful when you sit, but not so much when you stand. 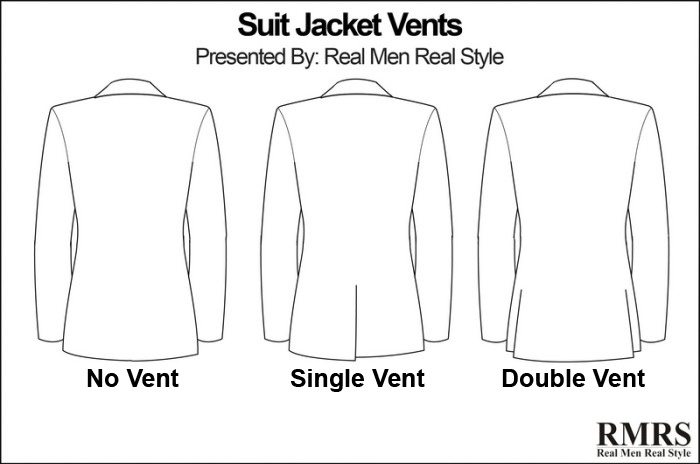 You’ll have to weigh the pros and cons before choosing a vent type:

5. Why Do Shirts Have A Back Loop?

Before we get to the bottom of this one, it’s important that you understand the differences between a dress shirt and a casual button down.

The dress shirt is technically an undergarment. It’s worn underneath a jacket so it’s not the “star” of your outfit. It typically comes in white or a light color – and the pattern (if any) is simple. There are no double pockets, epaulets or embroideries found.

The casual button down is an outer garment that comes in various colors (especially darker ones). There are no limitations to it pattern-wise.

You can choose something checkered, with double pockets or epaulets on the shoulder areas. Check out the different casual shirt types that every guy should own.

History tells us the casual button down was – and still is – made for work outdoors. The men needed a way to hang up their work shirts at night, without bending the collar so they could use them the following day.

That’s how the back loop came about – to keep the shirt neat and ready to wear in the morning. You're won’t see this loop on dress shirts since they’re not supposed to be hung that way.

6. Why Do Shirts Have A Horizontal Button Hole?

So maybe you’ve seen a horizontal buttonhole at the bottom or over on the other side of your shirt. This would mean there are different ways you can button up at the tail end.

But what’s the reason behind it? The short answer is to avoid messing up whenever you get dressed early in the morning.

With these holes, you can start buttoning up in the dark and quickly feel if you did it incorrectly – since all the buttons are going to line up. So this reduces the risk of going out with a misaligned (and embarrassing-looking) shirt.

But many guys today don’t pay that much attention to this function. Hole variations are now more of a power display for custom made or high end shirts.

7. What Is The Purpose Of Shirttails / A Straight Bottom?

When it comes to the bottom of your shirt – there’s a legitimate reason for the “curves” or straight edges. They determine whether to tuck the shirt in or out. (Then again, if you think you can disregard the “rules” and pull it off – go for it!)

Here’s the rule of thumb:

If the bottom is pretty much straight across or the front is a bit higher, you wear it untucked. If there are shirttails (curved ends) at the front and back, it should be tucked in.

Having those tails sticking out isn’t the best style for most people. It can make you look awkward or lanky – especially if the shirt gets untucked on its own.

And it only gets worse when you have to use your hands to tuck it back in – almost like a reverse wedgie! That’s why I recommend buying shirttail garters.

8. What Are Shirt Monograms For?

The history of the shirt monogram shouldn’t be a surprise – it was used to give whoever did the laundry at home an easier time.

Remember that back in the day, households were bigger. It was common for half a dozen boys to wear clothes of similar sizes. So monograms allowed the laundry to be separated more easily.

These days you’ll usually see monograms at the bottom of the shirt – with 2-3 letters embroidered to represent one’s initials.

A lot of guys use monograms to add personal character to their custom-made clothes. But be careful not to overdo them – they still need to look stylish.

Tips when getting a shirt monogram:

9. Where Did Jeans Get Their Name From?

This might be one mystery that hasn’t crossed your mind – why are jeans called “jeans” anyway? If you thought they were named after the inventor, you’re close… but not quite. 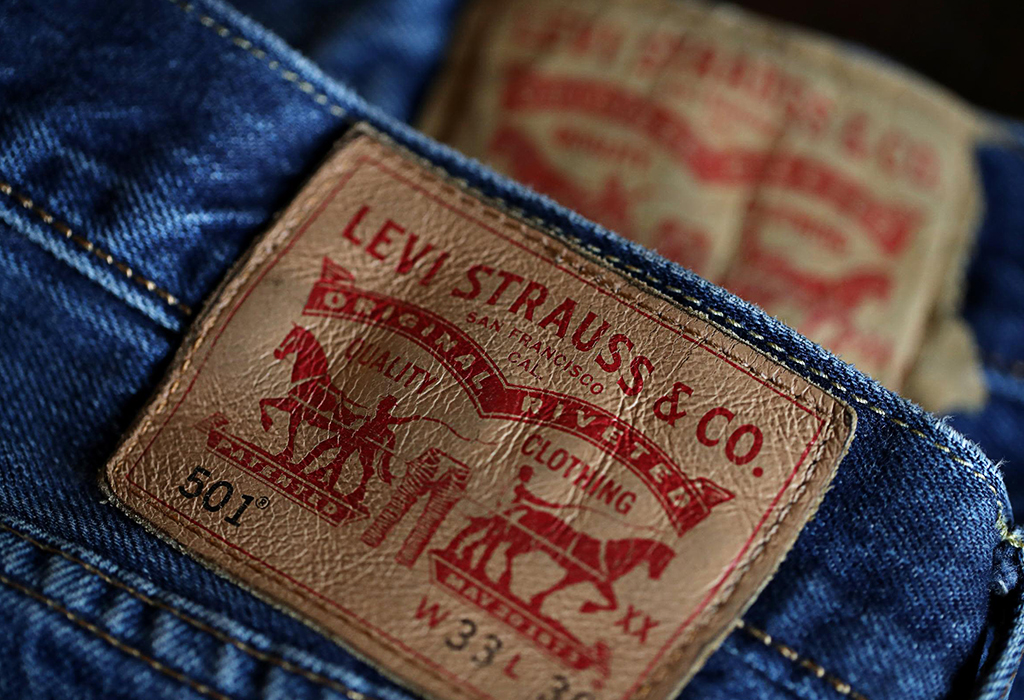 The funny thing is that jeans were originally called “waist high overalls” – a totally un-catchy name. But that’s the name Levi Strauss & Co. decided back in 1873, when they patented the original denim pants.

It wasn’t until about 30 years later when “jeans” would enter the picture. Sailors from Genoa, Italy became popular for wearing this style of pants – and they just happened to be called jeans.

Who knows how different things would be today if we just stuck to calling them waist high overalls?

First, the snaps you see on your jeans are actually NOT snaps or fasteners – they’re rivets. They’re meant to reinforce key points of the pants so they don't tear up. Rivets keep the whole thing together and prevent seams from loosening up too much. And thankfully they also add flair to your jeans.

Now for what might be considered the biggest style mystery: why do jeans have a fifth pocket? For those who think they were made to minimize pickpocketing – not exactly.

It was also the year 1873 when we saw the height of the popularity of the pocket watch – so jeans were designed with an additional pocket for specifically carrying the watch.

It took about 50 years for pocket watches to fade in popularity. But by this time, Levi's and other companies had already established these pockets in their patterns. So the fifth pocket has stuck around ever since.

Previous Post: « How To Tie The Cafe Knot | Tying A Tie Tutorial
Next Post: How To Communicate With Your Barber | 5 Tips To Get The Perfect Haircut At A Barbershop »