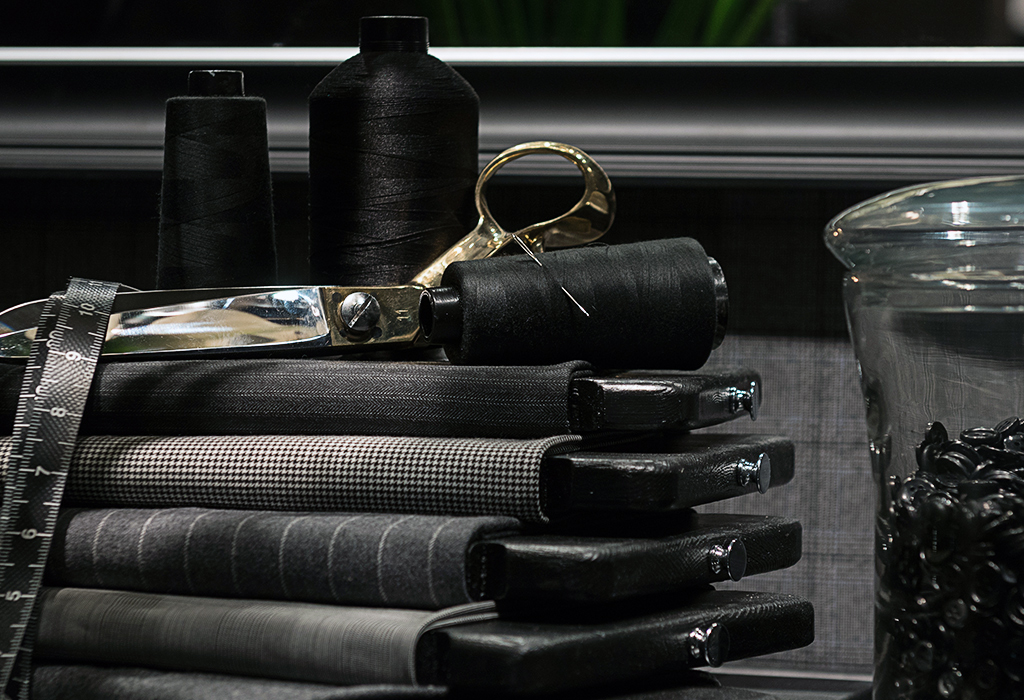 In our last section we talked about suit fabric colors. Many suits come in a single, solid color, and even those that do not are almost always dominated by one color, such that we can talk of it as a “navy blue suit” even if it has colored stripes.

But that doesn't make the striped navy suit the same as a solid one. Patterns affect the formality of the suit (typically by making a suit less formal than its solid version would have been). They can also create new visual impressions, such as making a man look taller or shorter.

You should understand the effects of all the traditional suit patterns before selecting your cloth. Here we talk specifically about patterns made from colors, either by dyeing or, in the case of pinstripes, by sewing differently-colored threads across the base color — in a later section we'll talk about textures and weaves, which can also create patterned effects. 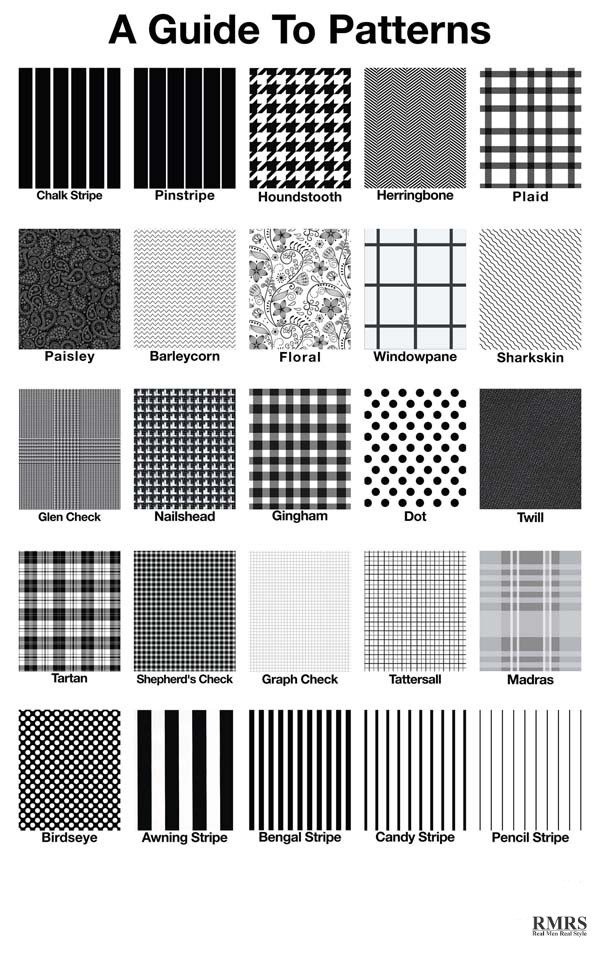 Choosing your suit pattern isn't actually as hard as memorizing all of these, happily. It really only boils down to asking a few questions, all of which will tell you what fabric pattern is the best choice:

Is this suit for business or pleasure? 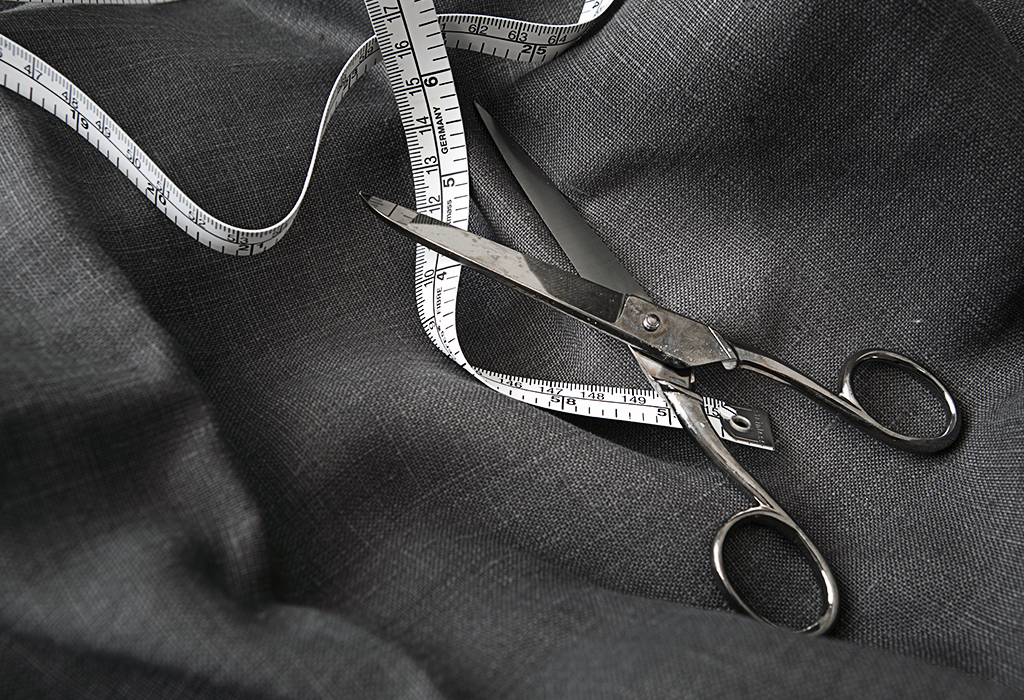 A business suit narrows your options down quickly. Solid dark colors or a very dark color with a white pinstripe are the only choices suitable for the most formal business occasion.

More relaxed business suits are not uncommon in offices where suits and ties are the daily requirement, and in these settings it's not unusual to see slightly broader or more varied stripes and Prince of Wales check suits as well. If you're a daily suit wearer shopping for a third or fourth suit or beyond, these are good options.

If you're one of the few remaining men who enjoy wearing suits at social and weekend engagements, a bolder stripe or check should be right up your alley. You in fact want something with a noticeable pattern — it makes it clear that you're wearing this suit for your own pleasure and other people's enjoyment, rather than because you left it on after work.

What patterns in your existing wardrobe does your suit need to work with?

Pattern-matching is a relatively simple art: your suit, shirt, and tie patterns should never be the same basic pattern in the same general scale. So if you have a wardrobe that's heavy on pinstriped shirts, a pinstriped suit is going to be touch to match with them.

Solid suits will always be the easiest to match, though they won't go well with shirts that are very similar colors. You need at least some contrast, even in a muted outfit. 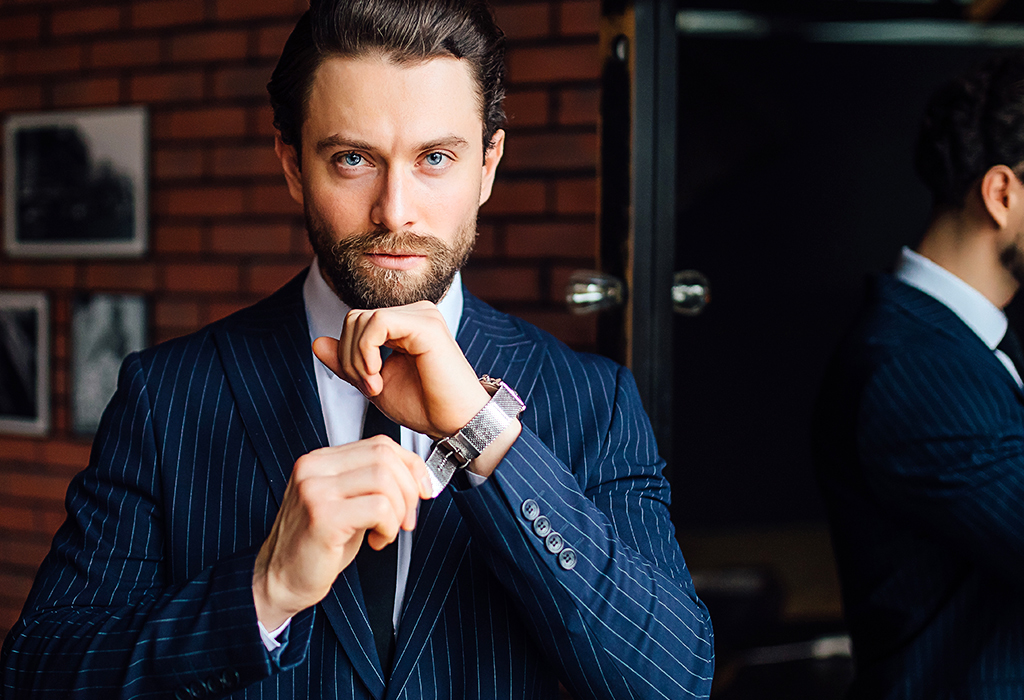 Are there patterns that don't suit your physical frame?

Very tall men may want to avoid pinstripes and other vertical patterns. These already make men look taller, and once you're getting near the two-meter mark the effect can be kind of looming. Short men, conversely, will want to stay away from checks and tartans, since the horizontal lines have a shortening effect.

Stout and broadly-built men who want to appear slimmer should stay away from bold patterns in general. A dark solid is actually more slimming than a vertical stripe, and if the stripes are bent by the shape of the wearer's chest and stomach they wind up looking unattractively stretched.

Between those three considerations — business or pleasure, your existing wardrobe, and your physical frame — you should have no trouble narrowing down the right family of patterns for you. Within that, choose as your tastes dictate!

Once you have a color and a pattern in mind it's time to get into the real nitty-gritty of selecting a tailored suit's fabric: the texture and weave of the cloth itself. Read on…