A gentleman says he's short, athletic build and it's very hard for him to find clothing that suits his lifestyle.

How do you dress sharp if you have a short, athletic built?

“Antonio, I just wanted to say thank you for the videos. I came across them a few months back and I've been looking for dating tips, crazy story. Well, I found your videos and I pretty much tossed out all of my old clothing. I'm dressing nicer. Since the change, I've noticed quite a few things. The biggest change is that my self-confidence, which was super low before, has skyrocketed. I feel better about myself and in return, I'm going out and I feel I'm just more social. I've also noticed how other people see me.”

“I get a lot more looks from the ladies and even guys seem to show you more respect when you're dressed nice. A funny story, every time now I come in to work in my civvies,” he's in the Air Force, “my boss calls me Mr. GQ. This is all in part to your videos, so I thought I should take time to say thanks, keep up the good videos. Thank you. Mark.”

I find that whenever you pay for something, you actually force yourself because you don't want to feel like an idiot that you just spent some hard-earned cash buying something and not take action on it.

I find that the guys that buy my e-book actually write me and within a couple of months they have really changed the way they look.

The Style System is all about you taking action within seven weeks. If you're having trouble taking action, I'm trying to put out some courses to really help you along the path, but continue to watch these free videos.

I know a lot of you guys are strapped for cash, so I understand. That's why I'm putting out a lot of free content. We've got over a couple hundred videos and articles out there. Learn and apply the knowledge.

Dressing for your Body Type

“Antonio, I'm short, 5'4″, semi-athletic, and I have a hard time finding clothing for my lifestyle. I manage a restaurant as well as I manage a wine/beer sales distribution company.” It sounds like a pretty nice life here. “I'm casual most of the time, but I would like to find a happy medium of casual and dressed. Thank you. Ian.”

I'm going to say there really isn't an area between being dressed and being casual. You're dressed or you're not.

Rodney Faulks, he was one of the most awesome coaches I had in a high school football. I was a quarterback safety. I wasn't a big guy. In West Texas, everyone plays football. It didn't matter that I was small and skinny, but I still played. Coach Faulks was always about don't get caught in the middle. You've got to commit.

You've got to make a decision and go for it because if you get caught in the middle, then they're just going to throw the ball right over you or right under you and you're going to get run over.

From what you've told me, you're short and you're also a manager, so I'm thinking you need to be dressing professionally casually, that's fine, but dress casually professionally — is that even a word there? See my point?

I think you need to change your definition of casual. And when you get dressed, you're going out there to really there to change the world. You are going to be the best at what you do. Everyone that runs into you, there's going to be no question about what Ian does and who he is.

He is the best manager when it comes to the restaurants and the wine, and you are going to be known throughout your town and your region, and perhaps even the state and the country because you're going to be — excuse the language — but that badass.

Menswear for the Short, Athletic Built 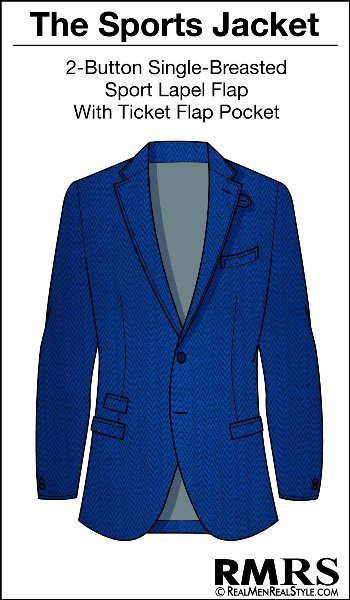 You're probably not wearing jackets. I know I get a lot of flack in the comments. Everyone says my answer to everything is to throw on a jacket.

There's a reason why jackets survive. You even see men wearing them in hot weather. It's not simply because we're having this forced on us, but simply it accentuates what makes a man look masculine.

The same needs to be for you. Throw on a jacket. I understand you're going to be working perhaps in the backend of the restaurant.

Well, have a casual jacket. Look at chefs. They have clothing which not only as functional and it protects them from heat, from burns, but it also looks much better than them simply wearing a t-shirt.

You need to decide what your uniform is going to be, and I think some type of sports jacket is going to be able to fit into that. You can make it a bit more casual. There are a lot of options out there.

Take a step back. The jacket is going to help you look taller as well. I've talked about this in other videos, but it basically builds up the shoulders and will help you look an inch or two taller.

The thing with footwear really quick, pay attention to that heel, it's going to add a lot. Even a pair of nice dress shoes will add an inch to your height, make you look taller. Western boots probably add two inches. There are also inserts you can get.

A lot of guys aren't into inserts or anything like that, but if you really want to look taller, inserts, they've come a long way since the 1970s.

3. Get your clothing tailored 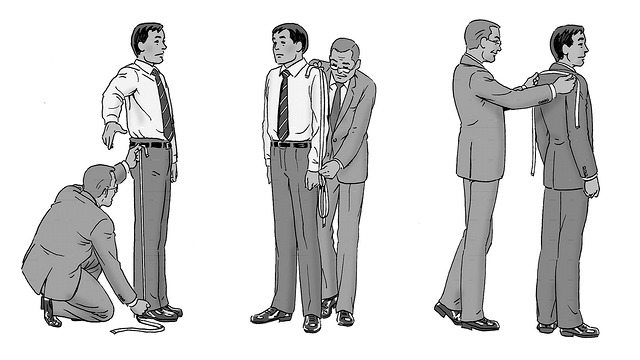 The gentleman I met with in Austin, I could tell a lot of his clothing fit him very close to his body. I don't know if he actually had it tailored, but it was something that it fit him and it looked good, so you've got an athletic build. You do not want to be wearing clothing that is too large.

Look at the proportion of your head to your body. Usually, short men, they look small because their proportions are a bit off, meaning their head is usually larger in proportion to the rest of their body.

You want to make sure you have a clean cut haircut and that your head does not look too large. If you've got a lot of hair especially sprouting out on the sides, look to trim that up. I keep a very clean cut, military haircut just as a habit, but this works really well for short men.

Ian, go out there. I wish you the best of luck.

Looking for a sports jacket to invest on? Click here to buy Austin Reed's Sport Coats and Blazers