How does a sharp dressed man live up to expectations?

“Antonio, I'm a Nigerian man in my mid-20s and I live in the UK. My brother's wedding is coming up in three weeks. I have a drama with colors. For three weeks now, I've been trying to figure out what I should wear. The issue is I get easily heated and sweaty and nervous, and people know me as a fashion icon at all the companies I've worked with whether in Nigeria or in the UK.

People expect me to dress sharp, so what I'm looking to wear is a red suede jacket with grey and striped pocket handkerchief, big, black colored shirt, dark blue waist coat, grey or brown fitted pants with either brown shoes and a brown belt, or black shoes with a black belt. That's pretty much what I've planned on wearing, but I just don't know how to test these colors and I'm just worried that I'm not going to look good enough. Sincerely, Charles.”

It sounds like it's got a lot of color. With your complexion, you can probably pull it off. It sounds a bit color-heavy on top. I would maybe look at the black shirt with navy combination as a pretty bold thing if you're going for width, also the red suede jacket, but you know, I'd have to see them.

That's the hard thing about colors. You almost have to see them in person. Screens often lie and there's a bit of a tint there, but the bigger point I want to hit on is it sounds like you've got a problem of living up to expectations, that you've built up this image that “Charles has to be the best dressed guy wherever he goes.

It doesn't matter what company he's at, what event Charles is going to be at, that Charles needs to be the best dressed guy,” and that's a dangerous place to be. Let me give you a little bit of example. Maybe a lot of guys will experience this. When I was in college, there was a group of guys.

I'm not going to name names, but let's just say that they heard a lot of stories about how a group of guys before them were awesome partiers. There was always this expectation to outdo what the people before you did. It's like, “Oh, they have those stories? What until you hear what I did. It was even bigger and better.”

What happened and what I saw over a period of time is what you had to do to get the story recognized as an amazing story had to get bigger and bigger.

How do you top a bunch of guys getting into a U-Haul with a keg of beer doing keg stands on Interstate 80, going to every strip club in Eastern Iowa in a period of four hours and then getting basically pulled over by the cops and getting away with it? I would hear stories like this, and if you're going to try to outdo that, well, you're probably going to end up hurting someone or going to jail, and that's the problem with expectations.

By the way, I don't know if that really happened or the guys that were involved with that. I just heard that was a story, but in any case, as expectations go up, the chances of you falling goes up as well. I really think that “keeping up with the Joneses” mentality is a bad attitude. You need to dress for yourself, Charles. It's important that you dress for respect for the situation and it is your brother's wedding, but at the end of the day, be the best you. 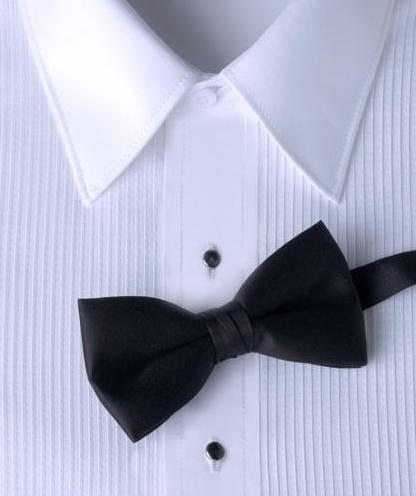 This is one of those instances when you look at men who have really established themselves. They've got plenty of money, but yet they're not necessarily flaunting it because they don't have to. They realize that there's no winner to that game. What I think you should be focusing on are the other aspects of what it means to be a stylish, well-rounded man.

What are you going to do? Is there something you can help out to make this experience better for everyone around you?

That's the mark of a true gentleman, is he's not the best dressed man when he shows up on an event, but he's the man that when people think of the event, it's like, “Wow! I had a great time,” and it was probably because Charles was going around and, “I had such a great conversation with him. He was attending to my Aunt Mae” or whatever.

In Nigerian weddings, those things are fun. There's a lot of color. There's a lot of family, a lot of people just meeting and talking. If you can be the kind of person that you can take a little bit of weight off of your brother and everything that's going on there, you're going to be remembered a lot more for that than you are by how you dressed.

That's my advice. Don't get caught up in that game and trying to be better every time because it's a no win situation.