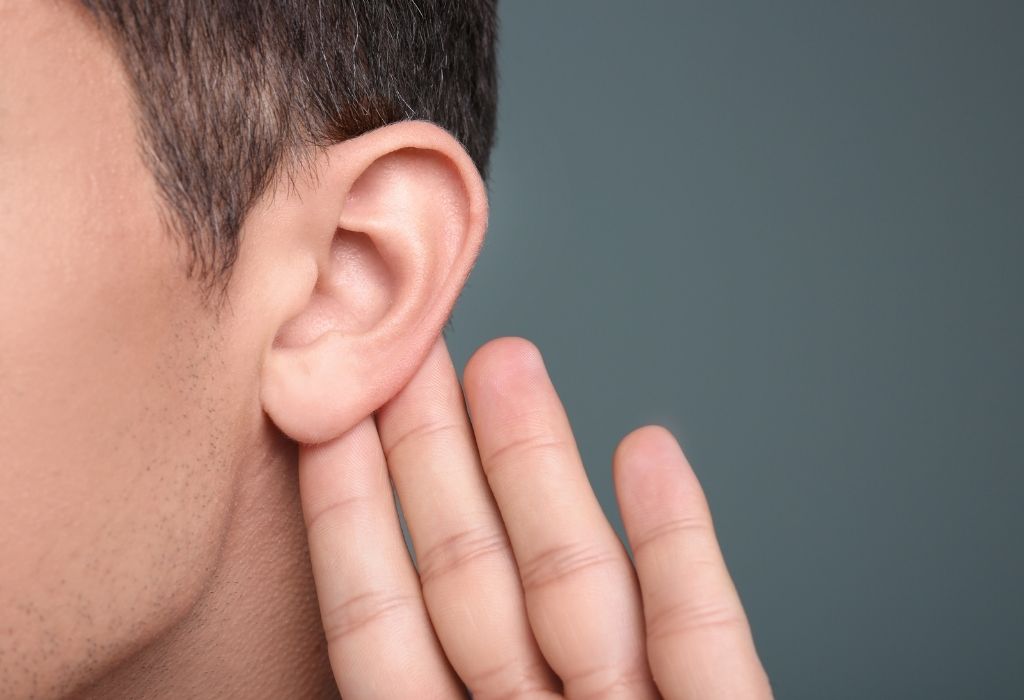 You know you've hit middle age when ear-hair trimmers become an acceptable gift for people to give you.

But it's not a gag gift — and honestly, it's one that some younger men need, too.

Most of us don't think about grooming our ears very often. That's a good thing, since if you are thinking about it, that generally means something gross is happening — but even when it's all situation normal up there, you still occasionally need to do a little maintenance.

Think of it as a proactive gesture for your love life, if nothing else. On the off chance that you find someone attractive nuzzling and nipping around there, you want everything to look good, right?

So every couple of weeks, take the plunge and run through some quick ear grooming. It'll take you five minutes, and it's a nice upgrade on what ungroomed ears look like.

Ear Wax: What It Is, When To Remove It, and How to Use a Q-Tip

We're going to do you all a favor and not use any visual aids here. Aren't you grateful? If you really want the full horror show, Wikipedia has some nice close-ups for you.

But earwax is a thing that happens, so deal with it when you need to. It's not going to go away on its own. 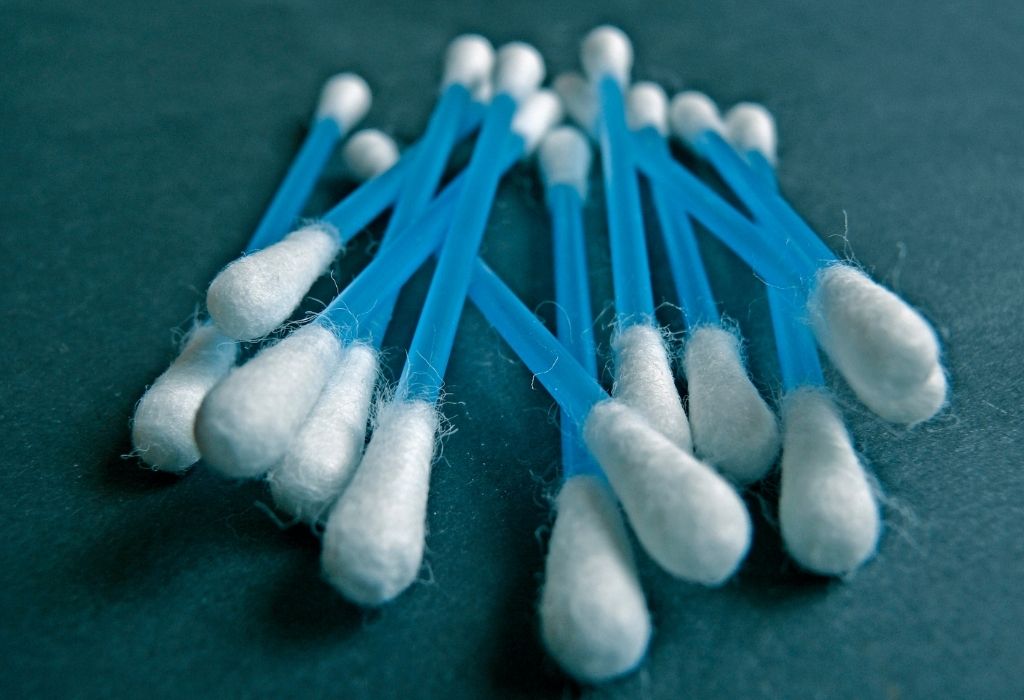 Earwax: Everything You Need to Know (and More Than You Wanted To)

Earwax, which is technically called “cerumen,” is a natural secretion that our ears create as a natural protection and cleaning agent. It's mostly made up of shed skin cells from the ear canal, mixed with fatty acids to create a smooth paste.

Jaw movement creates what's called the “conveyer belt” process inside the ear, slowly forcing old wax toward the end of the ear canal as newer wax is created. That means that the stuff that's visible and accessible from the outside of your ear is mostly old wax, full of whatever airborne particles it caught and kept out of your inner ear.

To make a long story short, that means you want wax in your ears — it's providing useful protection — but if you've got a visible build-up, it's time to remove it. The stuff you can see has already fulfilled its purpose, so at that point it's not doing anything but making you look unsightly.

What you don't want to do is go digging stuff that can't be seen from the outside out of your ears. Let it emerge naturally before removing itHow to Remove Earwax 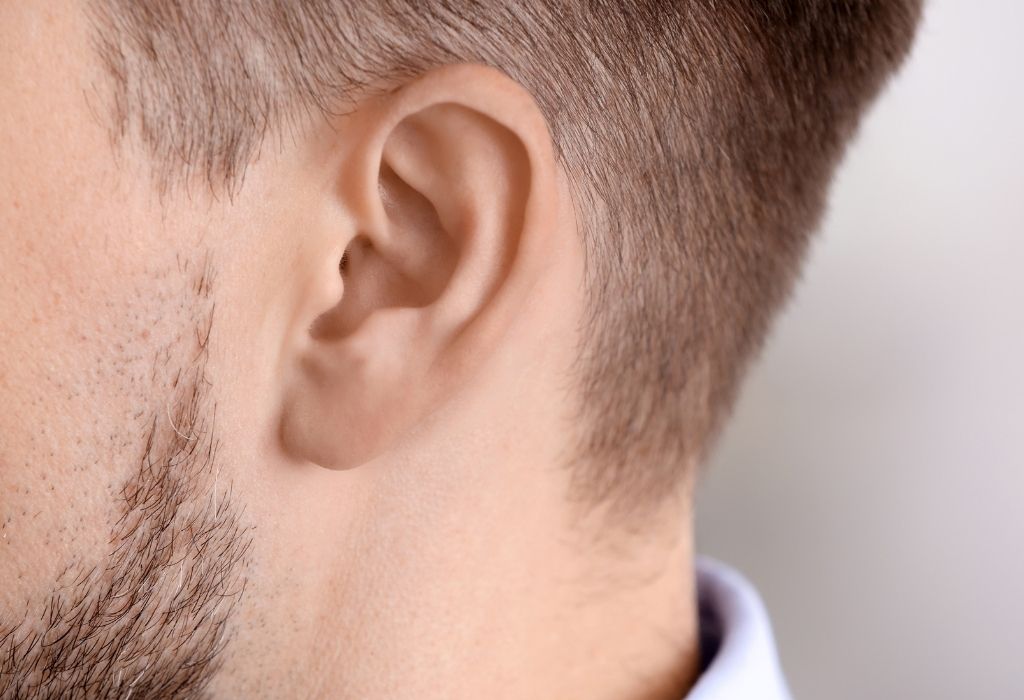 Most medical professionals do not recommend the use of cotton swabs (generally known as Q-tips) to clean your ears. There's no proven benefit, and misuse can be damaging.

That said, if you're careful, it can be an easy way to clean away visible earwax from your outer ear. The medical risks are largely associated with putting the swab into the ear canal itself — avoid that, and you're much less likely to cause impacting or other inner-ear problems.

The easiest way to clean the surface of your ear is with a cotton swab dipped in a bit of rubbing alcohol, or with a “wet wipe” style of cleaner (baby wipes work just fine).

Swab the damp cleaner gently around the outer surface of the ear. Do not try to work a Q-tip, finger, or any other object down the ear canal! Clean off only what you can reach without pressing into the passage itself.

Once you've given a quick swab with a wet cleaner, wipe the excess away with a dry cloth. You're done — your ears shouldn't need any cleaning for at least another week or two, or even longer in the case of most men. 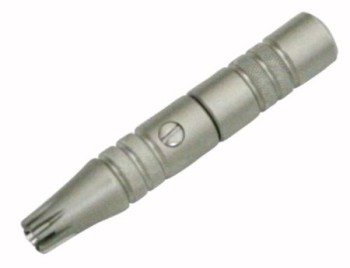 How to Trim Your Ear Hair

We associate ear hair with aging, but it's always in there — everyone has at least some hair on the insides of their ears. Like the wax, it's a protective barrier that helps filter out dirt and other airborne particles.

Trim your ear hair if it starts escaping the dark hole that's the entrance to your ear canal, but don't go chasing it down the canal with trimmers. They won't fit, and they will sting like hell if you shove them too deep.

You don't want to pluck with tweezers and you don't want to trim with scissors. Get an oscillating or rotating trimmer. Most will work on both nose and ear hairs (though you probably want to change the heads before swapping tasks, for the sake of avoiding gross mental images if nothing else).

Once you've got the right tool, there's not much to it. Keep an eye out for long ear hairs, and when they appear, do a quick trim by turning the trimmer on and holding it gently at the entrance to the ear. Trim to the rim of the hole and stop; don't try to work the trimmer in deeper than it can fit.

Dab your ear out gently with a washcloth or wet wipe to get rid of the trimmed hairs — but as with everything else, don't shove the cloth into the ear canal. Just wipe the outside down gently.

Grooming your ears, in short, boils down to this:

If you're doing those things, your ears should be fine. All told the grooming tasks will probably take up five or ten minutes every couple of weeks — an easy investment of time, and well worth the trouble.

Anything growing or oozing around the ears is pretty gross. Take care of it proactively, and enjoy being an attractive gentleman. 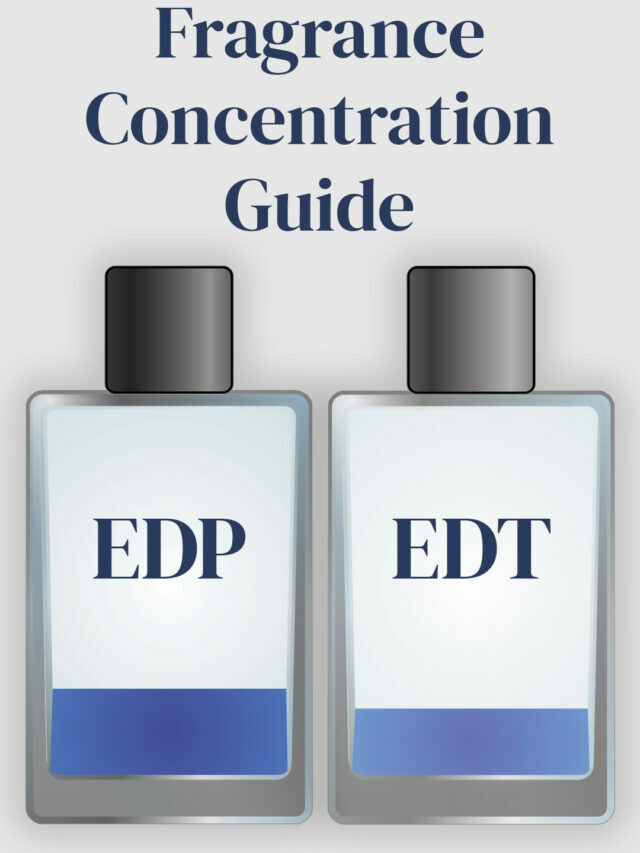