You’ve heard the saying, “Don’t judge a man by his facial piercings?”

Probably not – because I just made it up.

However – it's not far from the truth.

We are constantly engaged in the act of judging people by outward symbols – clothes, appearance, visible tattoos and facial piercings.

Do facial piercings change how people view you as a person and your abilities at your workplace?

Influenced by African and Asian cultures, facial and body piercings have increased in popularity since the 1970s.

Piercings are regarded as more of a taboo in the West than in the East where these traditions date back thousands of years.

Facial piercings  can change people’s judgments of a person’s perceived attractiveness and personality as well as their characteristics.

Research studies have shown that men with piercings are perceived as less attractive and less intelligent. 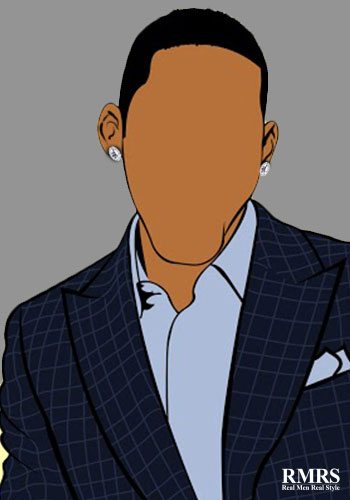 Why Do Men And Women Get Piercings?

There are various motivations for why men and women get piercings. The reasons can have a personal significance or meaning to the person getting pierced.

People attribute their choice of piercings to peer pressure in some groups (high school/rock bands), enhancement of fashion and beauty, expressing individuality, cultural and spiritual traditions, addiction, sexual motivation and in some cases… no specific reason!

Whether you are trying to justify getting a facial piercing or trying to discourage someone you know – consider the results from this research study on people’s perceptions of piercings on the face – published in the European Psychologist in 2012.

Research Into How Men And Women Perceive Facial Piercings On Others

A group of researchers from the UK, Malaysia, and Austria organized an experimental study to determine whether facial piercings influence how people are perceived.

A standard female face and a standard male face was selected from a digitally created series of facial images.

A new set of images was created by adding the following modifications to the standard facial images:

A group of 440 participants were selected as judges to determine the various degrees to which facial piercings changed their perception of a person’s attractiveness and intelligence.

The group of 230 women and 210 men from Central Europe had a diverse mix of religious beliefs, education levels, politcal beliefs and relationship statuses.

First, the participants rated their own personality to determine levels of these personality characteristics:

The participants then rated each of the photographs in random order on these two criteria: attractiveness and intelligence. 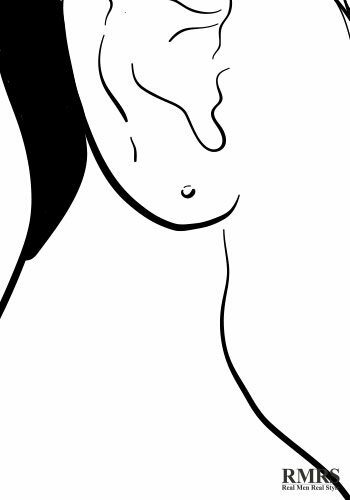 Do Facial Piercings Affect How Intelligent & Attractive A Man Appears?

The results from the study showed that male models with facial piercings were rated as less attractive and less intelligent compared to the facial images with no piercings.

Models with multiple facial piercings were rated as the least intelligent and least attractive of them all.

Some judges rated piercings more highly than the others. Especially those were high on the characteristics of extraversion and openness.

Those who were political liberals and sought intense experiences were also less likely to place too much importance on facial piercings.

In a strange paradox – the placement of the piercing seems to play a key role in people's perception of you.

The face with just one, subtle piercing – on the ear or on an eyebrow did not add to or diminish from physical attractiveness.

Facial piercings that had the least effect on judgments of intelligence and attractiveness were nose, and a combination of eye, ear, and nose.

Should Men Have Facial Or Visible Body Piercings?

Unfortunately, facial piercings seem to have a negative effect on perceptions of a person’s intelligence and attractiveness.

A general stereotype attached  to a person with piercings is that they are rebellious and lack seriousness.

Does this mean that men should never get facial piercings? Not quite. It depends on where you get the piercings, the number of piercings and your personality.

If you go overboard with facial piercings (more than one or two anywhere on the face) – you may come across as an attention seeker.

You are less likely to be judged negatively for your facial piercings if you choose to spend your time with extraverted, liberal and open people or those who seek out new and intense experiences.

The company you keep is key to how comfortable you will feel with a body piercing.

Be aware of the effect it has on people and wear it in the right context.

Click here for a short summary on the research study of people's perceptions on facial piercings.