Ever see that guy who's always treated like a VIP?

You know who I'm talkin' about

Always gets into nice clubs – despite the line wrapped around the building…(like – seriously? How did he just cut everyone?!)

They're powerful to the subconscious.

So – why are status symbols useful?

How? By doing all the communicating for you.

What are these status symbols?

How can you signal power & authority with your clothing…while not saying a word?

How can YOU be treated like a VIP by simply showing up?

This article is going to go over 10 modern status symbols – and explain how & why you should use them. 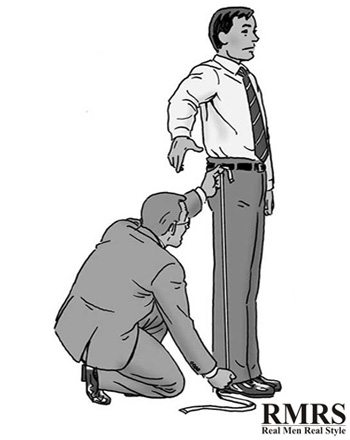 Many of us are fine with buying off-the-rack clothes. We go shopping and happen to find the “right” size of whatever we want. But there are always 2 things that may be an issue – authenticity and accurate fit.

Those are never questionable when it comes to custom clothing. By having something tailor-made, you’re guaranteed it’s of top quality and goes perfectly with your measurements. You don’t have to wonder if the item has been counterfeited. What you see is what you get.

Do you wonder why George Clooney always looks good in a suit? We know he’s a handsome guy, but he also happens to get custom suits from Mark Powell, who is said to be his favorite tailor. And history shows that powerful men like Napoleon III and Winston Churchill have bought bespoke suits from London’s Savile Row for centuries.

Those are men who understand fit, fabric and function – the core components of style. They wear the best clothes that complement their body type and highlight their individuality. It’s almost like they become the style brand – since no one can rock those exact same clothes the way they do. And that’s why the world admires them.

So if you can afford it, you should consider getting something custom-made – especially if you wear it regularly. You can also add a monogram to show how special that item is.

Women have their jewelry to show off – and men have their watches. So you don’t want just any watch to tell you the time. You want something classy and luxurious (like those high-end pieces that cost over $1,000).

But what if you’re not keen on spending a lot? Here’s another option. There are up-and-coming brands these days which produce luxury watches at affordable prices – and the quality is amazing!

Vincero Collective is one of those brands. I love the fact that their products look about 10x the actual price. Their watches naturally stand out and set you apart from the crowd. Each one of them is water-resistant, made with stainless steel, sapphire-coated crystal glass and genuine Italian leather (for the band).

With Vincero watches – you’ll never have to spend $200 again on a low-quality timepiece. These guys have had extensive watch manufacturing experience – even before Vincero came around. That’s why they provide customers with a value that other companies can’t. 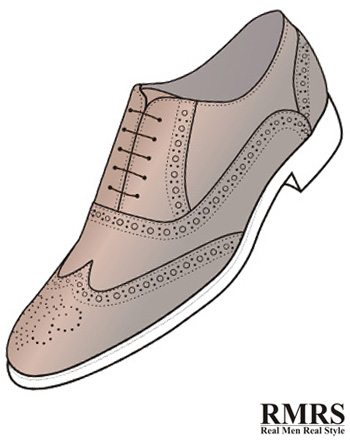 Back in the day – shoes were power symbols of the elite. Leather was so precious that only a few could afford leather footwear (or were allowed to wear it). But now, even though we all buy shoes – that symbol still sort of exists.

Shoes are things people tend to look at and base judgments on (even subconsciously). If you’re wearing nice shoes – they make the assumption that you’re a stylish man with a good eye. You look like someone who takes good care of himself. And that gains you more respect from peers.

Take David Beckham, for example. He’s a guy who – when he’s not in his cleats playing football – likes to sport bespoke shoes from London’s G.J.Cleverley & Co. His favorite style is “The Churchill,” named after Winston Churchill – who was also a regular customer. Beckham knows how his shoes can influence public perception. So he follows the style of another respectable man. 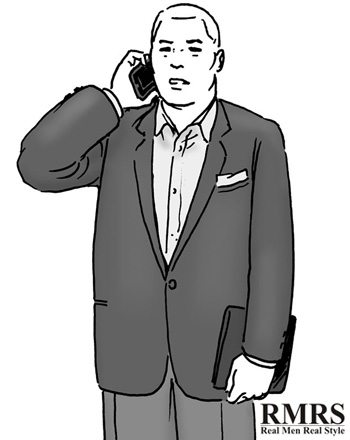 Male Status Symbol #4 – The Technology You Use

We use our laptops, tablets and mobile phones every day. Almost everyone has them – but some guys just need the latest & greatest stuff. They only buy from a certain company. The reason – it’s more than just quality.

About 10 years ago, Apple computers were mainly used by creatives at coffee shops. It was a big deal to carry them around. But now that Apple has taken over the world, the only way you can stand out is by having the latest iDevice – since everybody else the second latest.

Whether we like it or not – our gadgets have a say in how people see us. The updated OS and features are secondary – we want new stuff for the prestige. We want to show friends and colleagues that we’re “in” – that we can change smartphones every other year. It’s consumerist, but that affects our status.

Much like your gadgets – your ride somewhat shows the kind of man you are. In fact, it indicates more than your money in the bank – your lifestyle, your priorities and where you are in life.

I own a minivan – a practical choice for a man with 4 kids. So anyone who sees me drive by can probably tell I have a family of my own. If I were driving a Tesla – people might think I’m either famous or some big corporate hotshot.

But if you live in West Texas like I did – you wouldn’t be surprised to see all these dually pickup trucks. Not only are they useful if you need to pull a horse trailer, but they’re also “cool” in that area. So you want to get a vehicle that suits your environment.

The great thing about the U.S. is we can exercise freedom of speech. You’re allowed to comment on political issues and express personal beliefs – including religion. And while this may turn off the general crowd – you also resonate with people who are like you.

It’s a well-known fact that Tim Tebow and Steph Curry are devout Christians – who aren’t afraid to talk about it. Curry even has “4:13” (a biblical text about Jesus) printed on the inside of his Under Armour shoes. Some fans consider those guys “preachy” but for the most part – the way they put God at the center of everything they do (including their athletic careers) has made them more appealing.

As long as you have strong convictions – it shouldn’t matter if others think less of you. People who share the same beliefs will be more drawn to you and your courage. That makes a powerful status booster. 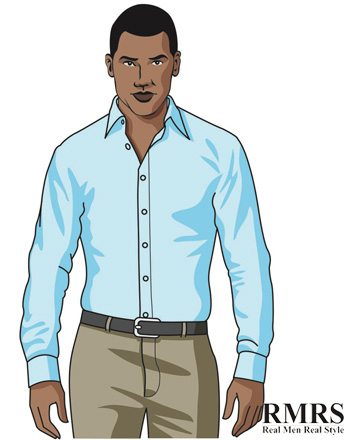 This is about a body that’s not just buff or in good shape. A body by design goes beyond hitting the gym – it’s about mastering the body so it suits your culture or profession.

To have a body that upgrades your status – you need to understand who you are. If you love running marathons, you want to develop strong calves and trim all your belly fat.

If you’re a sumo wrestler or a bodybuilder, your goal is to bulk up and gain weight. If people see you with a body that perfectly matches your way of life – they’ll respect you even more.

Until now, etiquette is something that can make people seem more or less “civilized.”

It wasn’t too long ago when etiquette was used to separate classes of people instead of clothing. Unfortunately – there’s no universal book about it. Etiquette varies from culture to culture.

But if you want to elevate your status, you need to understand basic etiquette – especially when you’re invited to formal events. Follow the dress code, RSVP ahead of time, shake hands the right way – those are small acts of politeness that matter for an event with lots of well-respected people.

And the next time you’re invited to a fancy dinner, make sure you’ve learned the rules of fine dining etiquette. You’ll be surprised – you’ll impress many people by simply knowing when to use each spoon or how to hold each knife.

If you have the ability to perform a difficult task and make it look easy – that means you’ve got sprezzatura. It’s showing off a special skill with such grace and confidence that people are compelled to admire you. They see the fruits of your labor – never the labor itself.

Imagine you’re having lunch with your workmates at a Chinese restaurant – and you just happen to be fluent in Mandarin. Imagine all the nods and compliments you’re going to get as you translate everyone’s orders for the waitress. They witness the little “show” you put on – but they’re unaware that it took you 15 years to learn that language.

It’s a similar thing with Tom Hiddleston's celebrity impressions. This is a guy who gets people cracking up by saying 1 or 2 lines in the accents of fellow actors – which he does so naturally. The audience doesn’t think about all the years he’s spent honing his talent – they’re just blown away by what he does. 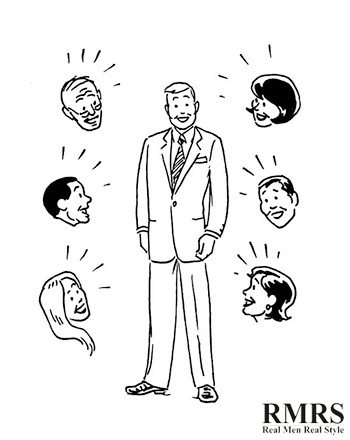 Male Status Symbol #10 – People You Surround Yourself With

This last one is perhaps the most powerful. Whoever you spend the most time with – your wife, partner, colleagues or friends – does affect the way you’re perceived.

In a way, this is a good thing. It calls for you to be more selective about the people you want part of your life. There are average joes who get a status upgrade when they’re on a date with someone “out of their league.” But the truth is it’s more than just looks. It’s also about how they influence you.

I’m not suggesting you cut ties with friends who aren’t as successful as you. I’m saying you should find people who can help you grow and reach for the stars. That’s one of the best qualities in a potential spouse.

You want to spend each day with someone who doesn’t just make you happy – but inspires you to become the best version of yourself. If you’re able to marry that person, you’ve struck gold.

What is a status symbol example?

Status symbols indicates the cultural values of a society or a subculture. For example, in a commercial society, having money or wealth and things that can be bought by wealth, such as cars, houses, or fine clothing, are considered status symbols.

What are some most popular status symbols?

Typical status Symbols in our western society are expensive cars, nice homes, jewellery. Anything that displays wealth and success. But if you look closer, in different social circles other things can be status symbol, even if not of high value.

What is the purpose of status symbols?

Generally, a status symbol is a material object that means to signify its owners' high social and economic standing. Although the objects that act as status symbols change over time, they are always linked to the primary differences between the upper and lower classes within the society