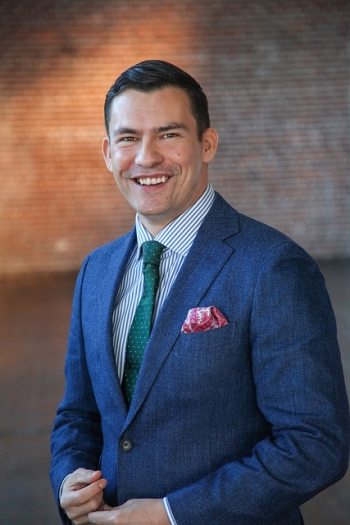 This post is based on the video – What Does Your Face Say About Your IQ? Conveying Intelligence Through Facial Expression

I'm going to give you four ways that you can use facial expressions to look more intelligent.

Now, I was out there reading some research. This was done over at Charles University over in the Czech Republic in 2014. I think it was Karel Kleisner.

She was talking about or at least the research showed that basically men can be judged, their level of intelligence, by their facial expression. I know it sounds crazy.

What's funny is there was no scientific data that could show that you could judge women. I'm not talking about actual facial shape. That has no relevance to it. It's your facial expressions.

So as they're doing this research, they're able to statistically show that a man's level of intelligence, people could look at photographs — I think they had hundreds of students look at this.

So what can you do about this?

It's a lot harder than clothing. With clothing, you can work with a stylist and one day you can probably have your clothing transformed. Spend a little bit if money but, yeah, you can get you wardrobe rebuilt.

Facial expressions, this is based off of habits and things that we do. So the bad thing, it's a little bit more work. The good thing is if you can master this, you can start to look more intelligent.

So what's the first thing that a guy can do?

1.Open Your Eyes Wider and Raise Your Eyebrows

Number one is he can open his eyes up a bit more and raise his brow. Right over here.

I'm not talking about getting surgery but I am talking about making sure when you're speaking and you're engaging with people to fully open your eyes, not crazy eyes but enough that — you don't want to squint.

So one thing to be careful of is if you're speaking somebody in the sun and you're squinting, they may perceive you as to be less intelligent.

So one thing to be careful of is if you're speaking somebody in the sun and you're squinting, they may perceive you as to be less intelligent.

So if you're outside and you're going to be speaking with people, consider sunglasses. It's going to kind of neutralize the whole effect but that's better than having a negative effect. Again, open the eyes. That raises up the brows. That's the first thing that you can do.

2. Relax Your Jaw To Look Smarter

The second thing is relax the jaw. A lot of guys, they develop a bad habit. They start to tighten it up here. Don’t do that. If you find that you’ve got this bad habit, be conscious of it and try to relax your jaw.

3. Keep Your Chin Up

Now, if you're a relatively short guy, you may not change angle as many people. But if you're a little bit taller, if you're medium height, all of a sudden many people are going to be looking at you in a more elongated shape. It's going to change the facial expression to be something that is considered to be more intelligent.

It's going to change the facial expression to be something that is considered to be more intelligent.

The last thing that you can do, and I've said this before, but smile. By smiling you actually come off as more likable and, therefore, more intelligent.

So hopefully you found this useful. Guys, I'm going to link over to the research and the article over at Real Men Real Style. Go check it out. I love bringing some scientific studies to help you guys be able to use this information so that you can basically live the life you want. Use clothing and use image to your advantage so you can get what you want out of life.

Guys, don't forget, over at Real Men Real Style I've got that free e-book. I got a number of free e-books that we’re coming out with. So you can just go over there and download this information and use it as you see fit.

Take care. See you in the next video. Bye.

This post is based on the video – What Does Your Face Say About Your IQ? Conveying Intelligence Through Facial Expression

Previous Post: « Do You Think Vaping Is Cool? How Vaping is Perceived and its Effects Video
Next Post: 3 Tips on How to Fix Sagging Socks | How to Deal with Socks That Just Won’t Stay Up Video »