Usually yes – according to society.

It can be a curse to have gray hair or premature graying.

But then again – not everybody agrees.

There are legitimate arguments on both sides about covering up your gray vs. keeping it.

Continue reading to find out.

Reason To Cover Your Gray #1 – To Look Younger

Let's face it – ageism is a real thing.

But you can't convince everyone you're only 45 years young with a few gray patches on your head. It's going to be even harder for guys in their 20s/30s who have premature graying.

Gray hair tends to give you a cooler, paler kind of skin tone that people associate with old age. For example, compare Anderson Cooper and Dustin Lance Black.

These guys are only 7 years apart – but doesn't it seem like one looks much older while the other could pass for a 28-year-old? It has a lot to do with the contrast between hair and skin tone.

That's another factor to consider when applying for a job. You could have a solid 5-10 years' experience and the most kickass résumé. But some people have biases about older-looking men – assuming they're behind the times or not tech-savvy (especially in startup companies run by a bunch of millennials).

Here's evidence that ageism is a cause for concern:

If there's any chance of your gray hair destroying your youth, downplaying your credibility, or making you look out of place in a potential company – it's better to hide it. It won't represent you the best way.

Reason To Cover Your Gray #2 – To Try Something New

Maybe you've had this gray hair for a while now. So why not experiment?

Why not revisit the darker hair you once had? What if you get compliments for it at work, or women turn their heads when you cross paths at the sidewalk? You might be pleasantly surprised by the result.

Speaking of which, let me tell you about Just For Men's Control GX. It's a specialized shampoo – and it could just be the easiest way to get rid of a man's gray nowadays.

There's no hassle using it. You don't even have to think about it! Just use Control GX as your regular shampoo for 2-4 weeks (then use it a couple of times per week afterward).

This shampoo gradually reduces your gray over time, bringing back the original color. It also does a great job cleaning and revitalizing your hair. No extra product or maintenance needed. 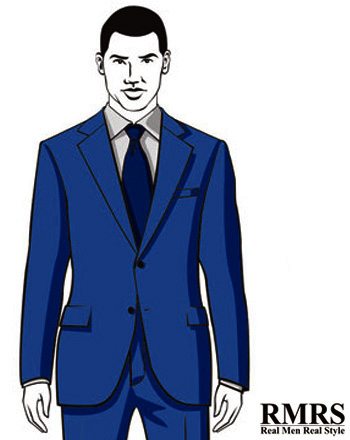 Reason To Cover Your Gray #3 – To Avoid Adjusting Your Style

Every guy needs to define and figure out his style.

It's not just about having a bunch of clothes that fit right and feel comfortable. Another big factor is color in men's clothing.

Certain colors are more compatible than others, depending on physical appearance. Men with dark colored hair would look best in blacks, charcoal grays, and dark navy blues.

Those are the “classics” that most guys are able to pull off. But when their hair starts to gray… those colors may lose a little power.

When it comes down to it, a darker hair color gives you more workable options for your day-to-day wardrobe. 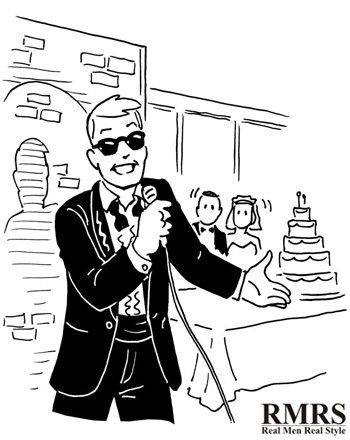 Reason To Cover Your Gray #4 – To FEEL Younger

When you look in the mirror and notice the first signs of graying – it's almost like that moment when you first hit puberty.

You can feel shocked… wondering how to deal with this sudden change. You might even think for a moment that you're ill or seeing things.

And since our society still associates grayness with oldness, hiding your gray can be psychologically powerful. It's a placebo effect – restoring the “youth” that was lost and rebuilding your self-esteem.

You'll no longer have to endure those jokes or perceptions as the seemingly oldest guy among your peers. You can feel secure about your age because nobody's questioning it. And that's going to be a big boost in confidence.

Let's say you're one of those young bachelors with premature graying or a man in his 50s who's interested in dating a younger woman. Is your gray a hindrance?

I know someone who's married to a beautiful Russian lady 25 years his junior. He’s been covering his gray for a long time, and it's pretty much the way he always wants to look. Whether or not his wife really cares – I wouldn't know.

But I'd say it does help him feel younger and downplay the age difference. And that's the kind of mental edge you get from looking and acting less “old” – from hiding your gray to wearing sports jackets or button-up shirts that are the more casual type.

Men past their 30s are assumed to be married or involved in long-term relationships. So to show women you're single and available, you also have to smile and be proactive in conversation. You shouldn't come off as that guy who wants to leave the party early to spend time with his family.

On the other hand, let's acknowledge that there are also certain advantages to keeping your gray:

It's true that women have their own preferences. Some like their man tall, some like him chubby, and some love a gray look.

But do you know what stands out about guys who aren't afraid show off their gray? Confidence. Authenticity. These men are comfortable with their real selves. They're relaxed, charming and they can crack jokes all the time – the gray hair becomes an accessory.

That's what the ladies are really drawn to. No woman wants to be with a guy who's insecure with himself – it makes them worry about their own insecurities. Women want a man who loves himself as is and loves them the same way.

So remember – hair color should only enhance your style. It should never be the difference between “the real you” and “a facade of yourself.” Authenticity will win her over. 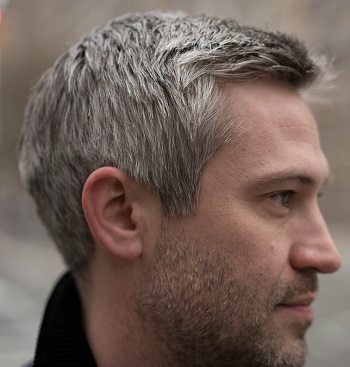 Look around and you'll see many gray-haired men who are well-respected.

Bill Clinton, Rupert Murdoch, Richard Gere, George Clooney, Tom Jones – they all have this wisdom and maturity that comes from decades of experience (both in their professions and in life). The gray suits them incredibly well.

Those men have pulled off a natural, age-appropriate look. That same look might just be for you – especially if you're a leader or a long-time executive.

If you're sporting a nice short haircut like the Buzz or Fade, it may not be necessary to hide that little amount of gray. Most people won't even notice you're going gray. But for some men like Barack Obama – a head of mostly gray hair actually works (after all, he spent a good 8 years in the most powerful seat in government).

Ultimately – there's no 100% better option between covering up your gray and keeping it. It's a matter of personal choice. Just make sure you don't depend on either way to be your stylish, charming and genuine self.

If you decide to embrace the “silver fox” look but you're worried about thinning hair… I've got some news for you.

No shampoo or conditioner will make your hair grow thicker – despite what they may claim.

But natural men's thickening shampoos and hair thickening conditioners can make your hair appear thicker by fortifying each hair strand and adding volume. You know it's a high-quality product if it uses these ingredients:

You'll want to shampoo and condition your hair daily to maintain the look so ensure you're going with a shampoo that is gentle enough to be used daily without stripping your hair of its natural oils.

Click here to watch the video – Is Gray Hair Sexy?

Previous Post: « Style Podcast #51: 7 Tips To Be Cool
Next Post: How To Simplify Your Life | 5 Ways To Be More Productive Every Day »