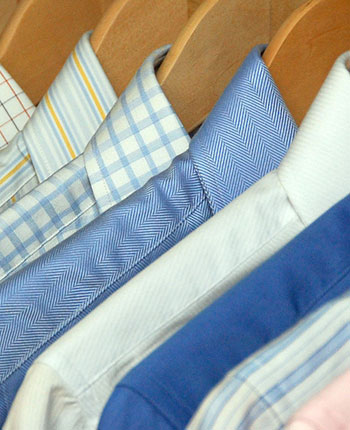 Q: Do different types of fabric differ in terms of causing or retaining body odor?

A: Yes. There is evidence that some types of fabric tend to retain body odor more than others, even after washing.

The researchers picked out the two of the most common types of clothing fiber in the world: cotton and polyester.

Cotton is the most common natural fiber.

Polyester is the most common synthetic fiber.

The researchers wanted to ensure that their test fabrics (cotton vs. polyester) were treated as equally as possible. They did this with an unusual but cool method: creating t-shirts that were cotton on one side and polyester on the other.

That way, a person could wear one t-shirt and test two separate fabrics simultaneously!

For the unwashed fabrics, 79.5% of raters said the polyester side of the shirt smelled worse than the cotton side (13.6%). 6.8% said there was no difference.

For the washed fabrics, 24.9% of raters said the polyester side of the shirt smelled worse than the cotton side (11.6%). 63.5% said there was no difference.