Shakespeare’s The Merchant Of Venice.

A classic piece of literature.

A moneylender demands a pound of flesh from a merchant who is unable to repay a loan.

Well, not if you have been in the moneylender’s shoes.

Being owed money – especially if you're a growing business, sucks!

Owed money can ruin friendships and cause stress for both parties.

I had a situation earlier this year where a business owed me a substantial sum.  6 Months went buy and multiple excuses were emailed to me.

Finally – I did one thing and was paid within 5 days.

What did I do?

Well watch the video below to find out!

I’ve listed 9 tips below on how to collect when a business or individual owes you money.

None of the tips involve courts, mediation, debt collection agencies or death threats. 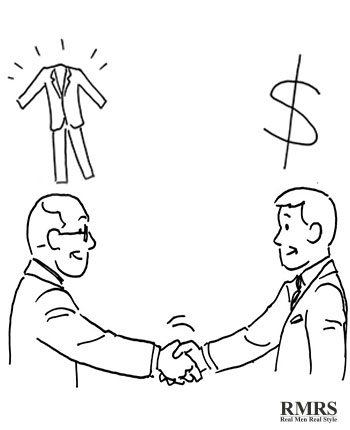 1. Get Paid Upfront – Ask For The Payment & Then Deliver Services

When I was getting my MBA at the University of Texas – I worked with Dell computers and noticed that they collected the money first on an invoice and then built the computer with zero inventory. The assembled product was usually out the door within a few hours.

It taught me a useful business lesson – get paid upfront. Businesses that are able to operate on this model don’t have to rely on their own capital to offer a product.

A few years later, when I started A Tailored Suit – we used the same model of upfront payments. This model put the business in a strong financial position. Outstanding payments was never an issue because people paid upfront.

For a small business – inviting customers to pay upfront removes the pressure of acquiring capital investments to purchase and manage an inventory.

Overall – full upfront payment is most convenient for customers and efficient for companies. It saves time spent chasing payments later.

This may not be easy if you're dealing with an individual or if it's a friend. However if you've got a business – you can find a way to automate payments

A scheduled credit card payment can be set up if you are dealing with a business.

Most mortgage or utility bill payments are automated every month – you don’t even have to think about it since it’s already been budgeted.

It takes a little effort to plan – but removes the distraction of having to keep up with payment schedules.

Set up an automatic payment on your bank account and you won’t even have to keep track of whether the payment has been made.

3. Ask For The Payment – Send Reminders Of Money Owed

We live in an age when there are a thousand distractions pulling at our attention.

It is quite possible that people have forgotten to make a payment. 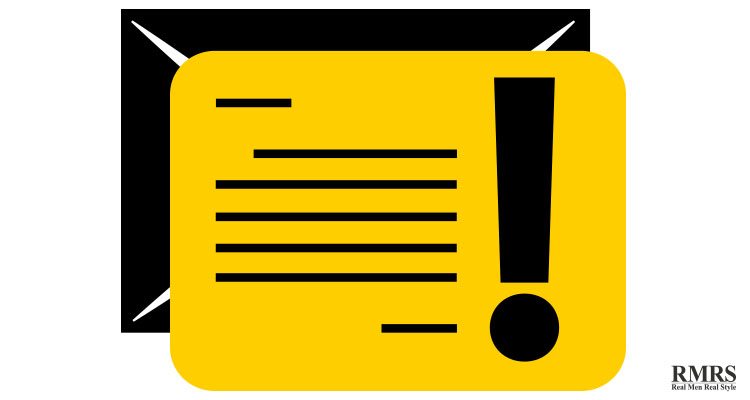 We often expect that people are going to remember to pay us. The payment system I had set up for my employees stopped working for a month. Instead of bringing it to my notice – they waited expecting the issue to be resolved somehow.

I found out five days later!

Sometimes people think that something is paid and won’t bother following up with you. Or, they might have simply forgotten because they have other things on their mind.

Don’t be afraid to ask for the payment at least three times. Preferably in writing – that way you have a record of the conversation. If it’s a business – send them a certified letter or ask for a quick confirmation email for your records.

There are services out there which can confirm that somebody has read your message. 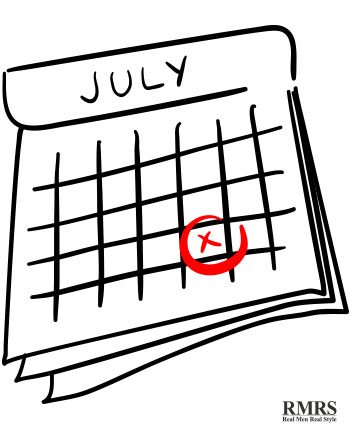 4. Set A Due Date For Full Payment Of Outstanding Money

Agree on a date when the payment is due.

We expect payment immediately, but for big corporations – it is common practice to process payments sixty or ninety days from the date of invoice.

Smaller companies and individuals are used to getting paid very quickly so you want to make sure there's an exact date. That’s why it's important you give  an invoice or a written agreement that specifies the date on which payments need to be received.

It’s preferable for you to specify how you want to be paid.

5. Get A Commitment To Settle All Dues

A public or personal commitment agreeing to pay. If it is with a friend – you could ask for a public commitment in front of your buddies.

Just make sure you keep the tone of the conversation light.

Make a commitment to collect. “Hey, I’m in your area this Saturday – I’ll stop by and see you,” is a more polite way of keeping someone accountable.

No one wants to look bad in front of their friends.

Or you can get a commitment via email. In writing again you're asking for the day – your asking them to make a commitment. 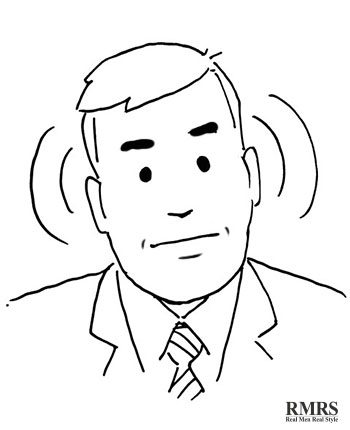 6. Understand Why They Haven’t Paid The Amount Owed

There is no question that you are right that you are owed money. But there are times when being right and doing the right thing are not necessarily the same.

Let’s give them the Benefit Of Doubt.

If someone hasn’t paid you back – try to understand the reasons. It’s possible there could be extenuating circumstances preventing them from paying you. Maybe the company is low on funds or your friend is having a really bad month.

It could have nothing to do with money – somebody in their family could have died and they've been focused on a funeral and having to deal with all the arrangements for two weeks they've let everything else fall aside.

How embarrased would you feel demanding payments in that situation?

It’s best to ask a question to clarify the situation before making assumptions about someone’s financial credibility.

Life happens – we all have unexpected situations that set us back – try to understand people’s situation.

7. Ask For The Right Person, The Decision Maker In Financial Matters

Earlier this year – I was communicating with a representative at a company that had an outstanding payment. The representative kept giving me the run around. After numerous back and forth emails over six months – I got REALLY frustrated.

Instead of sending a threatening letter or reporting the owed money to the IRS as a bad debt – I contacted the president of the company.

Whenever the president or the owner of the company says something – it gets done. It’s not the fault of the representative if they are running into roadblocks trying to clear the payment.

Her roadblocks seemed legitimate – but as a small business, I wanted my money.

The President literally said you need to get this guy paid.

I cashed the check 5 days later! 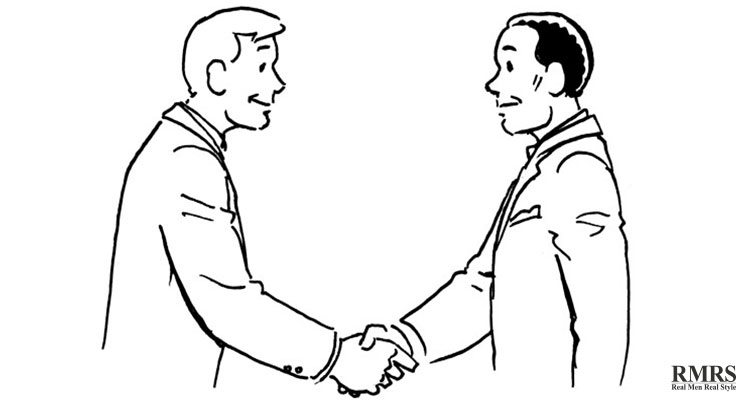 Sometimes you have to run through several loopholes trying to chase the administration department, finance and then payroll.

It’s best in these situations to go straight to the decision maker.

8. Negotiate – Barter For Services Or Products Instead Of Money

There are instances when someone who owes a larger debt is unable to pay because of their current financial situation.

But maybe there's something that's more valuable to you than the cash – perhaps an exchange of services for a product or merchandise that you need.

An entrepreneur once set up the computer networks  for a company that was only using half of their office space. Instead of asking the cash-strapped company for payment – he negotiated for the use of two cubicles and telephone lines for two years. That’s how he got his first office!

Maybe they can trade a service or a product in exchange for your services. Find a way to make it so it's a win-win for both parties. 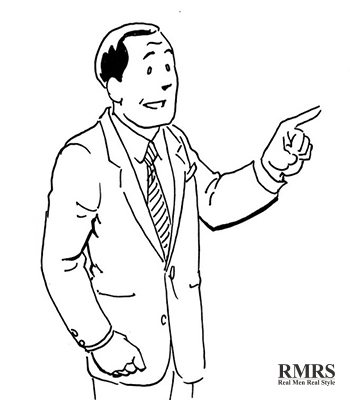 9. Set Up Your Business So Clients Are Dependent On You – So That Failing To Pay Is Painful

When you’re setting up your business – set it up in such a way that it is painful for clients not to pay you.

A lot of service companies have done this – Facebook for example – if they started charging five dollars a month – what would you do?

I would pay the fee because of what Facebook does for me personally – I got so many friends and connections only through Facebook that it would justify at least paying that service.

If they made me pay for a year up front – say a hundred dollars I would pay it because I would at least want to have it to be able to export my contacts and move on to something else.

If YouTube starts charging ten dollars a month for access you might just say I'm out of here. However we do pay for Netflix, we do pay for a lot of other communication services if you think about it.

Set up a system so that if they are not going to use your services anymore – it is painful for them.

The Merchant Of Venice ends with a compromise that saves the merchant’s life. Ironically – the merchant's name is Antonio 🙂

Relationships are important and so is trust. Sometimes, it works in your favor to negotiate a peaceful settlement. Your friend or the company you’re dealing with could end up becoming your biggest supporter or client.