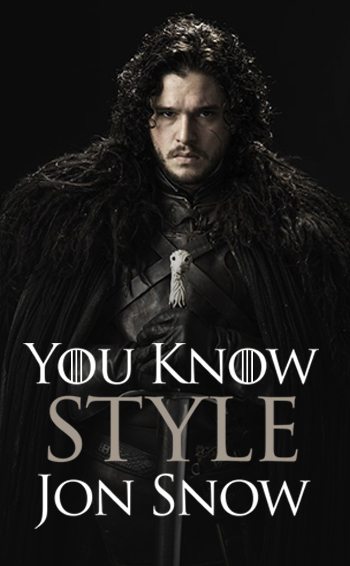 Game of Thrones is drawing to a close…

Will the throne even matter after the Night King comes?

Will he fall for Dany (even though they're technically related)?

Will he ride a dragon?

Jon Snow is a role model for us all –

a man of courage, honor… and fantastic style.

If you've ever wanted to pledge your life and honor to the Night's Watch, kill a White Walker with Valyrian steel, or warg bond with an albino direwolf, this post is for you.

We can't all be Jon Snow, but we can all take a leaf out of his style book. Read on for 7 tips to get that King in the North feeling – without having to wear a leather tabard. 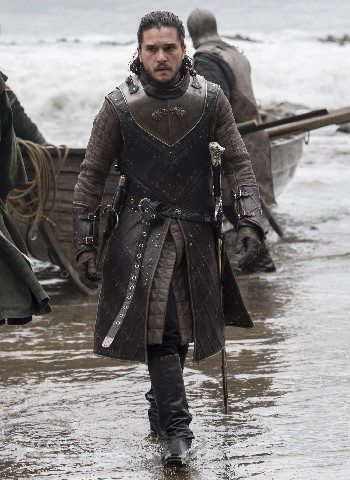 Jon Snow is short, but he presents himself as powerful.

If you're a shorter guy, a great way to dress taller is to choose low-contrast outfits, where the clothes are a similar color. Avoid wearing bright colors, busy patterns or a lot of eye-catching accessories – you don't want to break up the line of your body.

Jon Snow's outfits – both the recent dark brown one and the iconic black Night's Watch uniform – take that to its logical extreme. Low-contrast footwear makes his legs look longer too, and the chunkiness of his boots gives a little more height and balances out the look.

Long topcoats help to lengthen the torso and create height. The ideal length is mid-thigh. Jon's tabard is a little longer than that, but it works just fine. 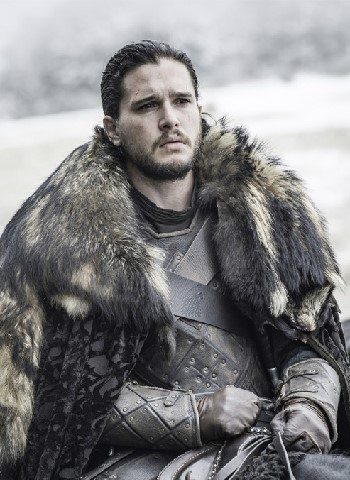 If you're going to wear an eye-catching accessory, have it near your face to draw the eye upwards. I'm not sure I'd count a huge piece of fur as an accessory, but the fur on Jon's cloak is certainly fulfilling that function.

Apart from his winter top layers, all his clothes are well fitted, including the sleeves, lengthening his arms and torso.

Short men are least able to pull off baggy clothes – you risk looking like a kid in hand-me-downs. And, of course, if you’ve got an athletic build — say, from battling the undead — a close fit has the added advantage of showing off your body.

#2. Build Up Your Shoulders

You can skip the wight-slaying workouts and get buffer-looking shoulders instantly by following Jon's example. The right jacket (in this case, an enormous furry cloak) is a great way to broaden your shoulders.

Tailored jackets give you a masculine, V-shaped silhouette and add bulk to your frame in all the right places while tapering your waist.

You don't need to go as heavy on the shoulder padding as Jon has — even a reasonably thin coat makes your shoulders appear smoother and broader, and the outward sweep of the lapels helps make your whole torso seem wider as well.

If you’re particularly slim, you can change the typical notched lapels for peaked lapels to draw the eye further out to the sides and add to the impression of width. 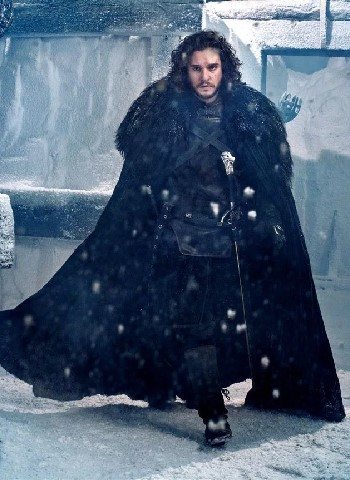 Black isn't just slimming — it's a power color. A 2013 Czech study found that men in black were rated as more aggressive than men in gray. The effect was amplified when subjects were told the men were crime suspects (a factor that's sure to have a big impact in the Night's Watch.)

It's important to note that not every man looks good in black. Jon's striking high-contrast coloring (light skin, dark hair and eyes) is perfect for pulling it off. Men with lighter and softer coloring should stick to lighter neutrals like navy and earth tones to avoid looking like a White Walker.

Part of what makes Jon Snow look so good is the timeless rugged appeal of leather. Invest in a good-looking leather jacket or maybe some classic leather gloves. If black's not your color, go for dark brown and channel his most recent look instead.

While we're on the subject: never wear black and brown leather together. As far as I can tell with all the very dark browns and faded blacks, Jon never mixes his leathers. 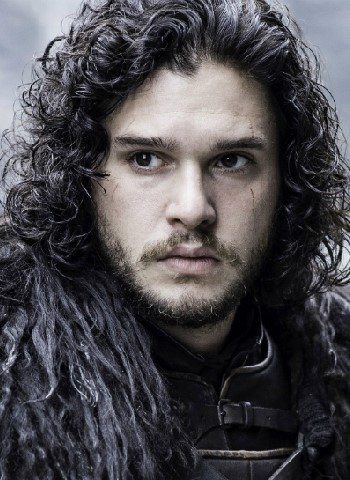 Jon's facial hair walks the line between long stubble and the most classic style, a full beard. It's a perfect choice for his soulful yet masculine personality.

Tempted? Take a look at this guest post on growing a beard by my friend Eric Bandholz.

Jon Snow proves that long hair doesn't have to make you look feminine. Here are some tips to rock long hair like he does: 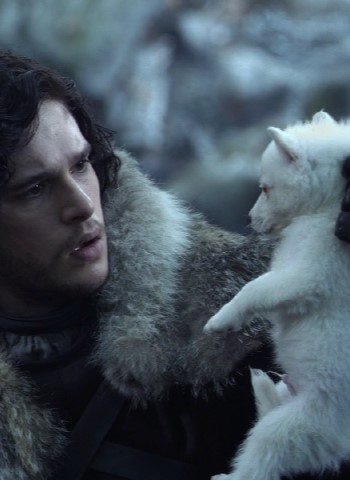 In real life, having a pure white direwolf with an all-black wardrobe would be a nightmare. Either Jon's got a really good suit brush, or direwolves don't shed.

Having said that, a dog is the ultimate wingman. The combination of stylish clothing and a dog makes you seem more approachable and friendly in public. Having a dog also gets you three times as many phone numbers, makes you more dateable, and increases your attractiveness for a long-term relationship.

The direwolves are played by a breed called Northern Inuit Dogs, and there are other husky breeds that look similar. But stop and think before you buy one. These are big, active working dogs who need plenty of space, exercise and discipline (and shed a lot) — and the number of abandoned huskies has soared since Game of Thrones began.

So instead of focusing on Ghost's appearance, focus on the fact that Jon rescued him. Check out your local animal shelter and you'll find plenty of dogs who can't wait to form a warg bond with you.

Previous Post: « How To Match Jeans With Anything | Style Denim With Everything? | Avoid Skinny Jean — Wear This Instead
Next Post: Stop Wearing Pilgrim Shoes | 6 Dress Shoe Alternatives To Square Toed Footwear »