Expect the return of:

And Thor himself… but with NEW hair!

Those golden locks are gone.

Try telling that to fans – especially the Thor fanboys!

Keep on reading to find out.

Click Here To Watch The Video – Power & Symbolism Of Hair

For those who don't know, Thor is one of the most prominent figures in Norse mythology. He was a highly worshiped god by the early Scandinavian and Germanic people – long before Christianity existed.

Thor was seen as the ideal warrior – the one human warriors would aspire to be like. That's why he was at the forefront of defending the Aesir gods and their fortress Asgard from enemy attacks.

He wasn't just miles ahead of everyone in physical strength. He was the best model of courage, loyalty, and a true sense of duty (these values were highlighted in past Marvel films).

Thor had some special weapons to work with. He owned this belt which would immediately double his strength whenever it was worn.

But the more famous one was his signature hammer Mjöllnir (which means “lightning”) – something he'd almost never go anywhere without. That weapon explains why Thor is called the God of Thunder.

Thor was married to the goddess Sif. She was known for her distinct blonde hair – which symbolized fields of grain to the early Scandinavians. She and Thor were the ultimate “power couple” in Norse mythology. They were believed to have blessed the lands that were occupied by the first Icelandic settlers.

Marvel's upcoming movie Thor: Ragnarok is hitting theaters this November. And apparently, a lot of fans aren't happy about the title character's makeover.

As the trailers have shown, this is the first time Chris Hemsworth will be sporting short hair as Thor – with none of his godlike blonde locks to flaunt.

But while people have expressed disappointment over this – Hemsworth actually embraced the change. “It was nice not to have to sit in the makeup chair for that hour each morning,” he said – describing the look as a “rebirth” for the role and his acting in general.

So that brings up some interesting points:

To answer those questions – it's about looking into the key symbolisms of hair length. 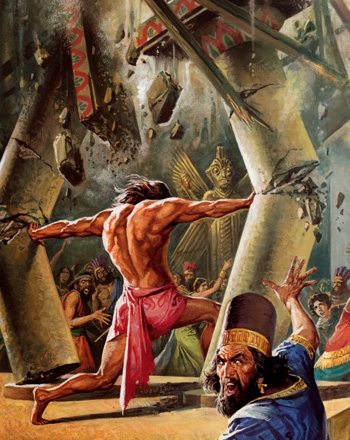 Back in the day, men with a full head of hair were considered strong and powerful. Just like a male lion with his mane.

There used to be zero correlation between long hair and “femaleness” or femininity. You'd think of Hercules and Tarzan – how their long locks actually enhanced their imposing figures.

Was a haircut a bad thing? Apparently! Look no further than the famous biblical story of Samson and Delilah.

It was about the fall of a mighty ruler named Samson – who gave in to Delilah's charm and seduction tricks to reveal that his hair was the secret to his power.

Working with Philistine leaders, Delilah had all seven braids of Samson's hair shaved off – which completely weakened him. He was then captured, tortured, and turned into a slave who would be forced to do manual labor in Gaza.

Eventually, Samson's hair did grow back. And he used all his strength to bring a whole temple – filled with spectators who were watching him for entertainment – crashing down. Everyone was killed, including himself. A tragic ending.

Flash-forward to the year 2017, with Thor: Ragnarok coming up. What do the teasers show us? The mighty Thor covered in armor – in the middle of a gladiatorial arena.

He's not totally like his usual, formidable self. His long hair is gone. Does that mean he may have been sapped of all his strength just like Samson? 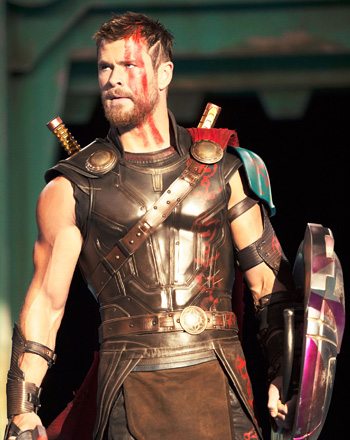 Thor's new hairstyle could also be an act of “blending in” – but that's not to say he chose to do so.

Based on the trailers, it's likely that he was captured by an enemy and forced to be a gladiator – sort of like a pawn on a chess board.

And you know how all pawns look identical.

Cutting hair short is a common practice in the military. From my experience in the Marines, it's a good one.

The point behind it is to strip away individuality – to help each soldier recognize he's part of a single unit. That there's no “I” in teamwork.

That sense of unity encouraged changes in military hair rules back in 1801. It was Major General James Wilkinson who enforced short haircuts because (as historians believe) he thought the current style of a man's pigtail “had no place in an egalitarian republic” – going against the principles of equality.

Members of the army would've hated the changes, but they had to conform. It wasn't their place to question or break the rules.

It's quite possible that Thor didn't have control over his new look, either. Or the fact that he ended up being a gladiator. He could be in complete submission to the Grandmaster. 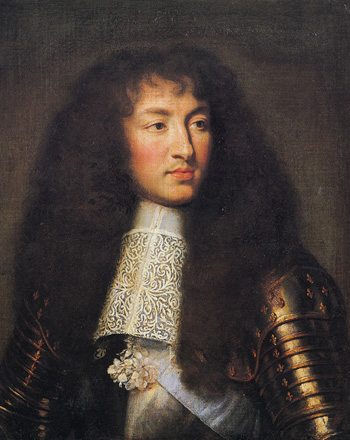 What do Louis XIV, Charles II, and Thor all have in common besides leadership?

Exactly – all are famous for their long, fancy hair.

Still, all three were high-status men who had a massive reputation to uphold. For Louis XIV, being a king meant he had to look perfectly healthy – although the odds were he wasn't.

Louis XIV made powdered wigs a trend all over Europe during his reign – which came in a period following an outbreak of syphilis (a disease that can cause hair loss).

He was just 17 when his hair began to thin – so he hired about 50 wigmakers to save his image. And five years later, his cousin Charles II (the King of England) would do the same thing while his hair started to gray.

Courtiers and other aristocrats followed suit – and soon everyone in Europe wore powdered wigs. The added length was about more than just “not going bald.” It represented good health, wealth, and having the means to take care of yourself (since wigs cost a lot to maintain).

Long hair also plays a role in sexual attraction through pheromones (released from hair follicles). Combine that with the fact that long, healthy hair is seen as a sign of fertility. So you can imagine why many women have gone crazy over Thor.

But will they love him as much this time? 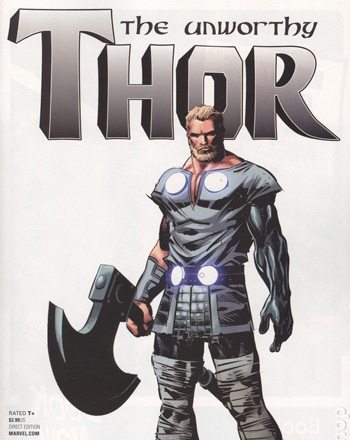 Here's something else worth mentioning (which those who read the comics would know):

In #5 of “The Unworthy Thor” comic book series, it is revealed that Thor lost his ability to lift his hammer thanks to Nick Fury's words: Gorr was right.

Can you believe that? A simple, one-liner statement was able to strip Thor of his “worthiness” to use Mjöllnir.

But there's a backstory…

Gorr is known as the “God Butcher” who was first introduced in Thor: God of Thunder (2013). He wanted revenge on the gods for going years and years without answering his families' prayers.

Back when they battled each other, Gorr boldly said to Thor that the gods had “never created or cared for anything except themselves.”

For all we know – there may be a similar type of storyline in Thor: Ragnarok. Where Thor will need to find a way to regain his self-esteem, his confidence… and even his hair.

If you're interested in learning more about Thor and other comic book characters, check out the Nerd Sync YouTube channel run by my friend Scott. He goes in-depth into the science behind different comics (doing 40-50 hours of research beforehand). Whatever topic he explores – you'll be enlightened.