Men's loafers – why do they matter?

Loafers have been around for centuries. When it comes to dress shoes, they make a versatile addition to any man's wardrobe.

The best part? They can easily replace the sandals and crocs (If you're so unfortunate as to own them) in your wardrobe. A pair of loafers can easily be integrated into your summer wardrobe. 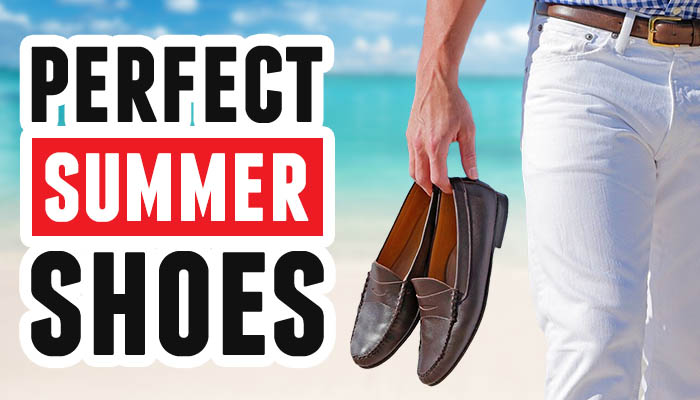 That's the theme here, gentlemen: Summer. Today I'm introducing you to men's loafers. We're going to talk a little history, a little style, and why you need them this season.

This article is sponsored by Jay Butler. I've known these guys for a while – founded by Justin Jeffers, founder of The Fine Young Gentlemen. He established this company purely out of a passion for men's loafers, and that's why I love it. Their mission is to get you in shoes that have great style, great value, at a great price.

Jay Butler's loafers are made old-school, with hand-sewn seams to keep the right integrity. A durable, yet soft inner keeps you comfortable all day. Click here to check out Jay Butler and use promo code RMRS20 to get 20% off your entire purchase.

1. The Basics – Defining a Men's Loafer

Before we go in deep, we need to know what we're dealing with. So, what is a men's loafer?

Loafers are a kind of dress shoe that easily slip on and off your foot. They have broad, flat heels and are made with leather. They also use no laces or buckles, since that would defeat the purpose of a loafer.

Loafers have a fascinating story. They were born out of combining traditional Native American moccasins and Norwegian peasant slippers. The first company to produce traditional loafers was G.H. Bass, a brand that had been around since 1876.

George Henry Bass – its founder – released them in 1936 as “Weejuns,” a play on “Norwegian” to denote their cultural heritage.

The shoe took off in the United States. It was adopted swiftly by Ivy League students, who dubbed them “Penny Loafers” due to the fact they slipped a penny into the seam on the shoe's Upper to be used for pay phones.

The style of men's loafers hasn't changed much since the very first Weejuns, setting them apart as a timeless classic.

2. Which Men's Loafer Is Right For You?

Over the years, several variations of the loafer evolved to accommodate men with various tastes.

Which can work for you?

The answer is all of them.

Why? Loafers are all casual dress shoes. They are meant to be worn in in a similar context to dress boots – smart, but casual. No matter the variant, they all serve the same purpose – have at it, gents.

The Wildsmiths have been around since 1926 when the company – originally specializing in army cavalry boots – designed a house shoe for King George VI.

The King wanted a pair of casual, yet elegant shoes he could wear on his property for activities like shooting.

How is the Wildsmith different? It uses a serrated seam with vertical stitching over the toe. This gives the shoe a more sleek and elegant look.

Though they aren't considered the first official men's loafers to be released, they certainly fit the bill now.

Like the original Weejuns, Aurland men's loafers came into prominence in the 1930s. It takes inspiration a little more directly from traditional moccasins.

Like its progenitor, the Aurland has a raised seam to give it a more boxy look as well as a narrow cut over the saddle of the shoe.

These loafers exploded in the US following World War II. So much so, that they became a favorite of President Harry Truman.

Here is where cultures start to clash. Americans tend to consider the tasseled men's loafer to be capable of holding its own in black-tie situations. However, the British sneer against this.

My recommendation is to err on the side of casual. it's much more suited for a night out with friends.

Though they fell out of style in the 70s, “Kilties” are seeing a resurgence in classic menswear. Their unique look is inspired by Oxford brogues and Scottish golf shoes.

These are definitely suited for a day of lounging at the country club.

There are a few key differences between these and other loafers. For one thing, Gucci was the first to design loafers in black. More importantly, he added a metal horsebit over where the penny keeper would have been.

For these reasons, horsebit loafers are considered a little more elegant than their counterparts. While still a fundamentally casual dress show, it can serve you well if your office dress code is business casual and it's the summer.

Last, but not least – we have the Belgians.

In 1954, Henri Bendel purchased two 300-year-old factories in Belgium. His contribution to the world was a men's loafer with a small bow sewn into the top.

3. Why Men's Loafers Are The Best Summer Shoes

As we close into the height of summer, high tops and dress boots become increasingly impractical. Sure they look cool but covering your ankles in leather is guaranteed to make you hate being outside.

As I mentioned earlier, loafers fulfill a similar role in outfits as do dress boots, in that they make an otherwise-casual look more elegant.

Lightweight and easygoing, the loafer is the perfect summer shoe

if you wear no-show socks (you should), then loafers give your ankles and feet more breathing room. In addition to that, they are far lighter than other shoe types – making them less cumbersome in the heat.

Men's loafers are also the best kind of shoe to try new, summery colors with. Take a risk with powder blue, green and red suede, or burgundy.

Needed a shoe you can take risks with? Look no further.

Summary – A Guide To Men's Loafers

Regardless of what kind of loafer you decide to go with, you can't go wrong. They carry with them an impressive story and cultural heritage. It truly is the best summer shoe.

This article is sponsored by Jay Butler. I've known these guys for a while – founded by Justin Jeffers, founder of The Fine Young Gentlemen. He established this company purely out of a passion for men's loafers, and that's why I love it. Their mission is to get you in shoes that have great style, great value, at a great price.

Jay Butler's loafers are made old-school, with hand-sewn seams to keep the right integrity. A durable, yet soft inner keeps you comfortable all day. Click here to check out Jay Butler and use promo code RMRS20 to get 20% off your entire purchase.