How To Dress Like Prince Harry? Style Tips From Britain's Coolest Royal 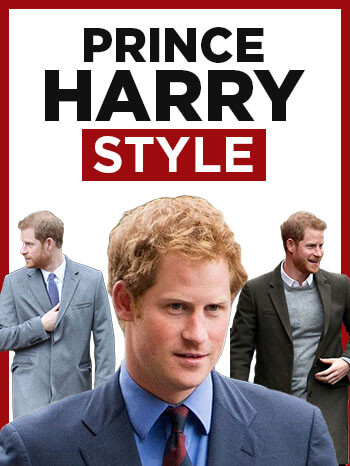 Think those things don't go together?

They go together like a prince and Rachel from ‘Suits'.

Granted, your grandma's not the Queen and you don't have a budget the size of Buckingham Palace.

But you can still take some GREAT style cues from Prince Harry.

Harry’s been on Vanity Fair’s International Best Dressed List several times. He’s a dynamic casual guy and he manages to balance that with his job as a prince.

Oh – and he's noticeably UPGRADED his look since Meghan Markle came into his life.

Read on to see how.

As Prince Harry has brilliantly proved, you have to work with the hand you've been dealt when creating your personal style – your looks, your personality, and your circumstances. Prince Harry is a ginger force of nature born into a job that demands impeccable behavior, high formality, and relentless public display.

It's a tough balancing act that he struggled with for years. Now he's mastered it, and here's what you can learn from him. 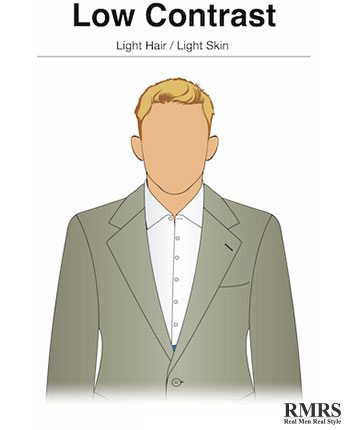 #1. Dress For Your Colors

Like most redheads, Prince Harry is a low-contrast man – there isn't much contrast between his hair and his skin. If that's you, you'll look great in low-contrast outfits – no striking juxtapositions of light and dark. Men with high contrast between their hair and skin should go for bold contrasts like black and white in their outfits. If you're in the middle you can go either way – but not TOO far either way.

Harry wears a lot of light blue, navy, and earthy neutrals, which are great colors for low-contrast men in general because they're in the middle of the range – neither too light nor too dark. Plus, they look particularly good with his blue eyes. Take a cue from his favorite baby blue basketweave tie and match ties and scarves to your eye color.

Red-haired men in particular look good in cobalt blue – Harry was recently seen in a cobalt blue Everlane cashmere sweater. Other top colors for redheads are green, purple (Harry's been known to rock a purple tie), and anything with warm undertones to make your skin glow. Redheads can pull off black OR white – but don’t mix them unless you're at a black-tie event. 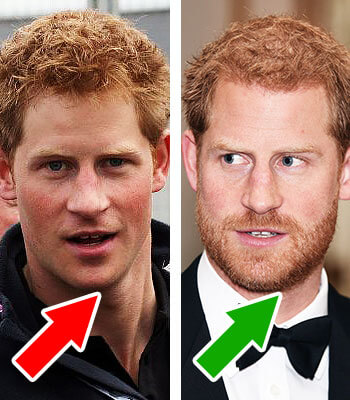 Prince Harry's facial hair was rated sexiest in the world in 2017. He's got a stubble beard, about 4mm long – the easiest beard to maintain. It only needs a trim once a week.

A stubble beard is also the smartest of all the types of beards – it adds definition to a man's face. Harry’s gone from looking babyfaced to rugged.

Not everyone can grow this beard. You need fairly thick facial hair because it won’t be long enough to cover bare patches.

To get this look yourself, start by growing stubble at least ¼” longer than you want. Then trim with an electric razor, starting with the longest guard length to avoid any regrets.

Prince Harry has a short messy cut that looks as if he’s tousled it with a matt hair paste. MESSY hair on royalty sends a powerful message of confidence.

How does he get away with it? Because his clothes and accessories are stylish, his hairstyle looks intentional. It's clear that he didn't just roll out of bed like that.

Also – he gets it cut regularly. Hair that's well-cut but unkempt looks stylishly rumpled, like a linen suit. Hair that hasn't seen a barber in way too long looks like you simply don't care.

#4. Walk The Line Between Conservative And Trendy

Prince Harry’s suits come from Gieves & Hawkes – the historic Savile Row tailor who’ve dressed most of his family for generations. But like other young royals, he favors one of the more modern suit styles – the navy single-breasted two-button suit. And unlike the others, he sometimes goes MORE modern with a lighter shade of blue. He wore a suit in this lighter color for his engagement announcement.

It's not the intense shade known as ‘blogger blue' and seen on Italian peacocks. It's more of a steel blue – hip but not too hip. He also goes for a slim cut but it's not too slim. The takeaway? Even the stuffiest surroundings offer some room for self-expression – if you can accept a compromise.

Harry’s suits are bespoke. Part of why they look so good is that they're made to fit him. A cheaper alternative is getting them made to measure – constructed to order out of pre-made parts that fit your measurements. Try The Tailor Store for made-to-measure suits online.

#5. Dress Down A Dress Shirt

Unless it's a definite suit-and-tie occasion, any dress shirt in the vicinity of Prince Harry is likely to end up with its top button undone and its sleeves rolled up. He often wears dress shirts like this, pairing them with jeans and a casual belt.

Worn like this, a dress shirt can do the job of a t-shirt, only with more style and the ability to go more formal with the simple addition of a sports jacket. Harry threw a stone gray blazer over this dress-shirt-and-jeans look for the closing ceremony at the 2017 Invictus Games. This was quite a formal event – but it worked.

Suede desert boots are perfect formal to casual wear. Prince Harry wears them with everything from jeans to a suit. They also work better than most boots in hot weather (the clue's in the name.)

He has them in several shades including navy, gray, and tan. When you're wearing these you don't have to match your shoes and belt.

Prince Harry's style quirk is bracelets. He was pictured wearing SEVEN at once when he was young. And these aren't sleek executive power bracelets, they're casual student backpacker bracelets.

Harry has never stopped being a bracelet guy. Nowadays, he usually wears a metal bangle and/or a couple of small beaded bracelets, even when suited up. He had beads peeking out from under his suit cuff for his engagement announcement.

You can tone a casual accessory down enough that it works formally. Take your style quirk, find a way to make it appropriate for the man you are now (and the man you intend to be in five years) and make it your trademark. 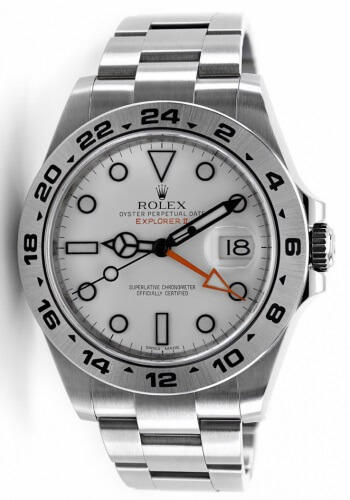 #8. Get Yourself A Rugged Sports Watch

Quality sports watches are both rugged and dapper. They say ‘I'm a gentleman… OF ACTION.'

Prince Harry usually wears a Rolex Explorer II ref. 216570. The original Explorer was created for mountaineers and built to survive some of the world's harshest conditions. It famously summited Everest with Hillary and Tensing. The Explorer II is a sportier model with an extra 24-hour bezel – so you can take it to the poles or deep underground and still tell noon from midnight. Cheaper alternatives include the SNKE01 Seiko 5 and the Steinhart Ocean Vintage GMT.

He's also been seen wearing a Breitling Aerospace – a chunkier ana-digi (analog and digital) Swiss chronograph pilot's watch with a quartz movement and stainless steel bracelet. Cheaper alternatives to this include the Citizen Wingman and the Casio Edifice Waveceptor.

Prince Harry wears Persol sunglasses. This Italian luxury brand is one of the oldest eyewear companies in the world and was made famous by Steve McQueen. (Steve McQueen… so cool even a prince wants to be like him.) The vibe is high-class casual with a not-so-subtle hint of rebellion.

Alternatives under $100 include Warby Parker Griffins and Brooks Brothers BB5002S. Or you could just go with Wayfarers for a similar appeal.

Harry's wardrobe used to be a touch simplistic: brightly colored polos and flannel shirts for casual occasions – suit and tie for prince duties. Since dating Meghan Markle he's mastered the art of LAYERING to create visual interest. He's often seen with a dress shirt as a base layer, then a sweater (usually a cashmere crew-neck), then a sports jacket or coat, and maybe a scarf over that – all in a subtle low-contrast blend of earthy neutrals. He may have gotten his taste for these colors from Meghan – she often wears them too.

He's also been using dapper wool coats as an outer layer – a classic black greatcoat, and overcoats in khaki, gray, and navy – sometimes coordinating with Meghan. He wore a wool topcoat from Club Monaco on January 9, 2018 in London… that's one of Meghan's favorite brands. Even a man who's made it to the International Best Dressed List isn't too proud to keep learning and improving his style.

How about you – are you satisfied with your style or driven to continuous improvement? Are YOU in a highly visible position? Maybe a business owner? Want to perfect your personal brand like Harry's done – but don't have a Meghan Markle to steer you right?

I may not have ALL Meghan's good qualities… but I can definitely help you out with that. Thousands of men say my style advice has changed their lives. Check out my free online masterclass here.