This is a guest post by communication coach Katrina Razavi, she helps people who struggle with social anxiety and social confidence become socially attractive and live their best lives.

Are you sick and tired of reading pick-up artist advice or ways that you can “fake it til' you make it” when it comes to talking to people?

Do you want to be the person you are, but simply struggle making the impression that you want to make?

Today I want to share three little-known secrets every nice guy should know so you can use “nice” to your advantage and get what you want.

For those of you who are typically labeled as “nice” and feel like people are trying to walk all over you, I also cover some action steps on being assertive.

Secret #1: Women are attracted to “nice”

It’s hard to define “nice.” In fact it’s so difficult that a study tried to define it, here’s what they found:

“In their qualitative analysis, Herold and Milhausen found that women associate different qualities with the “nice guy” label:

“Some women offered flattering interpretations of the ‘nice guy', characterizing him as committed, caring, and respectful of women. Some women, however, emphasized more negative aspects, considering the ‘nice guy' to be boring, lacking confidence, and unattractive.”

The profiles were identical except for suggestions of traditional qualities of niceness. Women selected the “nice” Todd as the person to date twice as often as “neutral” Todd, and eight times as frequently as “jerky” Todd!

So what’s the takeaway here? The takeaway is that showing “nice” characteristics can take you a long way as long as it’s not coming from a place of insecurity or self-doubt.

Personally speaking, I’d characterize my husband as a “nice” or “good guy” and that’s because he’s genuine, comfortable expressing his true self and displays confidence. He always displayed kindness towards me and in turn, I reciprocated it…

Why start with kindness? The Reciprocity Effect 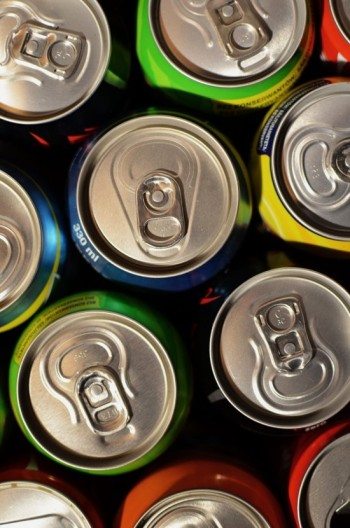 This is probably where the idea of “kill them with kindness” comes from, hoping that taking initiative and showing the initial positive action will prompt the other person to reciprocate positively.

In a classic experiment by Dennis Regan, he paired up his subjects with a partner (who was actually his assistant). He divided his subjects into two groups. In both of the groups, the assistant would disappear for a quick break.

After the experiment was over, the assistant asked the subjects to buy raffle tickets from him.

Those who received the soda bought more raffle tickets from the assistant than those in the control group, even though neither group had asked for the drink.

The takeaway here is that when you act kindly upon someone, they’re more likely to feel favorable towards you, enough to reciprocate a positive action.

Secret #2: Nice is not enough–the importance of social skills

Simply being nice is not enough though.

To get the biggest bang for your buck you have to couple your social skills while displaying “nice” characteristics.

“A study showed that when social dominance and ‘nice' characteristics intersect, women have a positive perception about men when they rated them on  their attractiveness and desirability.” (Jensen-Campbell, Graziano, & West, 1995).

When men solely behaved “nicely,” women rated them higher when it came to things like attractiveness and dating desirability.

When men solely behaved “socially dominant,” there were no impact on these judgments. 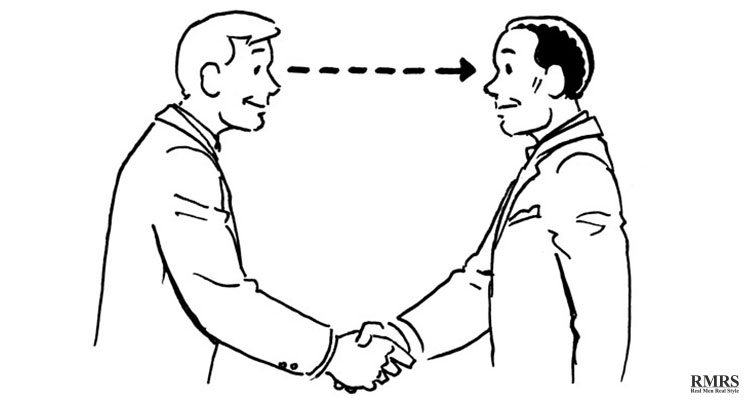 But when men displayed both social dominance and nice characteristics they were perceived to be even more attractive.

The takeaway here is that being nice is not enough, you have to make the right impression and have the right social skills to show it in a way that is not “jerky.”

This may sound troubling if you display nice characteristics but you are unsure of yourself when it comes to being socially confident.

Here are 3 social cues to use to your advantage:

Smiling is the easiest thing you can do to make someone else feel at ease and show that you’re engaged.

Mirror neurons make the positive emotions of smiling contagious so when someone sees you smile it triggers feel-good chemicals in their brain (and in yours) like dopamine and serotonin.

When you smile, do so genuinely. Humans are so good at detecting facial expressions, they can do it in less than 17 milliseconds! People can also tell whether or not your smile is a authentic or fake, so when you do smile mean it. Smile wide, exposing your teeth and flexing the muscles around your eyes. Your eye muscles being engaged is the core difference between a real and fake smile.

Numerous studies have shown that making eye contact makes people appear more confident, trustworthy and likable. In a weird 2014 study at Cornell University, they manipulated the rabbit on Trix boxes to meet the gaze of adult shoppers and showed that “they were more likely to buy Trix over competing brands if the rabbit was gazing at them.” 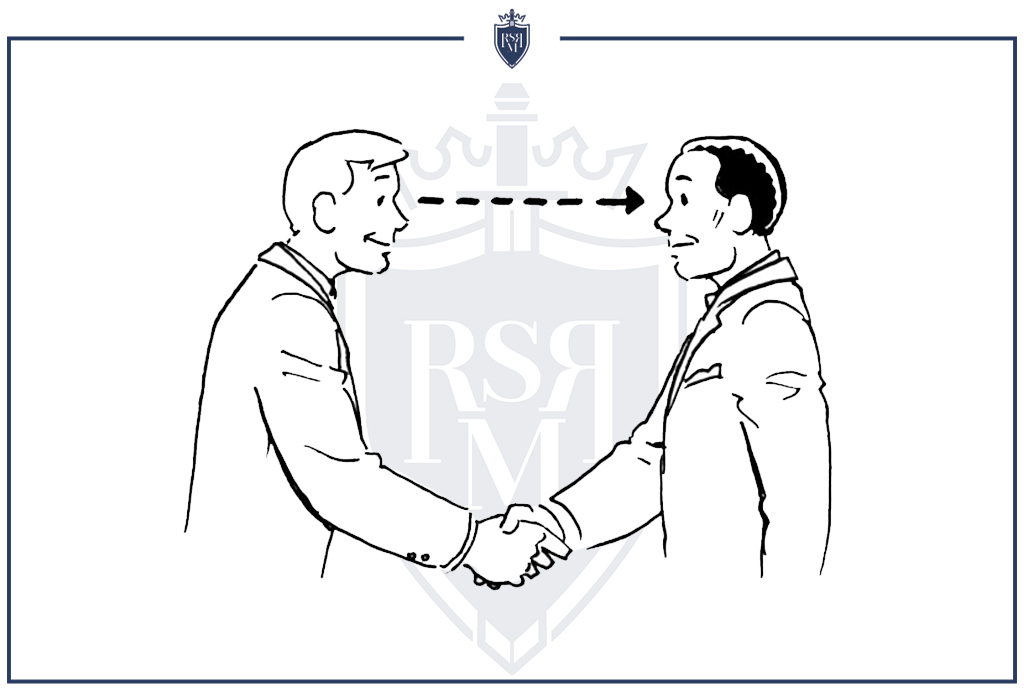 “‘A richer mode of communication is possible right after making eye contact' Dr. Senju said. ‘It amplifies your ability to compute all the signals so you are able to read the other person’s brain.'”

Don't be afraid to meet people's gaze. Keep you chin up and look always forward instead of down, it will pay off.

Asking engaging questions shows that you’re interested in the other person. For an easy-to-remember framework for asking good questions, you can check out this post. Do your best to keep the questions comfortable, so don't ask really personal questions right off the bat. For starters if you happen to know what the other person is really passionate about, you can ask questions around that topic.

Secret #3: Overcome the Downsides to Niceness

As I mentioned earlier, some people categorize niceness in negative ways such as being shy, lacking self-confidence or not being socially confident.

Some people also use the word “nice” because they don’t know how else to categorize someone they may find boring or unattractive.

For those of you who are already perceived as nice, it’s important to distinguish between the characteristics of kindness, sensitivity to emotions and empathy with being someone who gets taken advantage of or mischaracterized.

For those of you looking to assert yourself or speak up, here are some tips on how to do so without being a jerk.

1. Why you should speak up

When you feel like you should speak up about something there are two tempting things to do. You can either:

Rather than name-calling someone, be the bigger person and think about what you want to get out of the conversation. In a helpful book called Crucial Conversations they suggest that when your blood starts to boil, you pause for a moment and ask yourself, “What do I want for myself, the other person, and the relationship?”

What this means is that you don’t have to choose between belittling someone or getting what you want. You can create an additional option to still get the outcome you want while not losing your temper or risking your relationship.

For example, if a friend flakes on you when you were supposed to hang out, you may be tempted to call him up and complain about what a bad friend he is and how he has no respect.

Rather than taking that route, you can pause and ask yourself what you’re actually trying to get out of this and what it means to your friendship.

You stop and realize that all you simply want is for your friend to call you next time something important comes up.  You still want to be friends with him, you just don’t want to wait around for no good reason.

Analyzing your next step in this context can prevent you from blowing up at him.

If your original plan was to just stay say nothing, bringing it up proactively front-loads the work of having that “crucial conversation” so that it doesn’t happen to you again. It may seem scary to do the first time, but once you do it you will break your toxic mental model of avoiding confrontation.

You now also have a way to bring it up as more of a conversation than an accusation to avoid the negative aspects of confrontation that you may be fearful of like bickering and raised voices.

This strategy forces you to pause and process the information before being reactive.

2. How to turn confrontation into a conversation

So you’ve decided that instead of staying silent or losing your temper, you’re going to confront him in a manner that creates a safe environment for the two of you to communicate.

You decide to bring it up to him, but he seems to be misunderstanding where you’re coming from or simply denying the fact that he did something wrong.

“Contrasting is a don’t/do statement that:

Let’s continue using the flaky friend example. Here’s a way you may want to approach your friend:

By using a contrasting statement you are making the other person feel more at ease and when they’re comfortable they will be more likely to be open to what you are saying.

Although we used an example of a friend flaking on you, these techniques could be used for almost any situation whether it’s at home or at work. So try some of these out and see how it works for you.

Being “nice” does not have to mean that people can “walk all over you.” You can still display positive characteristics while being assertive and speaking up for what you believe in.

If you're tired of being labeled the “nice guy” you may want to rethink your stance. Displaying nice characteristics can actually take you a long way as numerous studies have found.

Use your “niceness” to your advantage but remember to couple it with social confidence to get the biggest bang for your buck. Finally, break your fear of confrontations by using thoughtful language that transforms a confrontation into a conversation.

If you're interested in becoming socially attractive and living your best life, check out CommunicationforNerds and get your free eBook: 5 Ways to Avoid Awkward Conversations NOW!

This is a guest post by communication coach Katrina Razavi, she helps people who struggle with social anxiety and social confidence become socially attractive and live their best lives. If you’re ready to take on your personal challenge, visit the site now!

2014 Cornell Study: Eyes in the Aisles

Previous Post: « How to Start Wearing a Pocket Square | Showcasing Your Style Sense in Your Pocket
Next Post: 5 Tips To Handle High Stress Situations | Enhancing Performance Under Stress | How To Prepare For Stressful Environments »