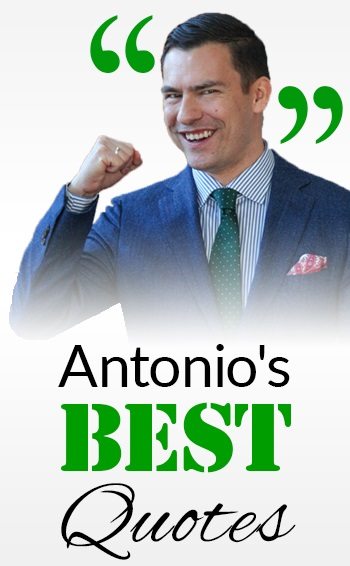 Do you have a favorite quote of mine?

I’ll tell you my favorite quote of yours.

I LOVE hearing that from you guys.

So I want to take the quotes that have the greatest, most profound impact and put them together in a series of images to inspire people to take action to improve themselves.

So far, I've come up with 5 quotes that stand out.

From what you’ve told me, all of these quotes pack a powerful motivational punch. But I could still use your help to find more. 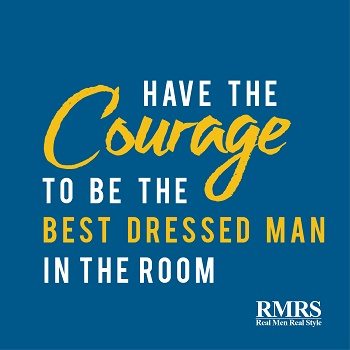 1. Have The Courage To Be The Best Dressed Man In The Room

A lot of men want to lead, but just don’t have the confidence. Maybe they don’t think of themselves as leaders, or they’ve never had anything happen in their life that pushed them to graduate from being a boy to being a man.

I’ve had times in my life when I had leadership thrust upon me and I needed to step up, and I did. I fell down quite a few times, but I eventually stepped up and I claimed that mantle.

I’m not going to tell you exactly how to do that in your life because for every man it’s a bit different. But ask yourself if you’re already leading in some part of your life. Maybe in your industry, maybe in your particular business, maybe at home. Maybe you’re setting an example for your kids. Maybe in your family, you’re the oldest son, and you’ve stepped up in certain situations.

If you can do that, you can and should have the courage to be the best-dressed man in the room. I want you to have the ability to walk into a room and own it. 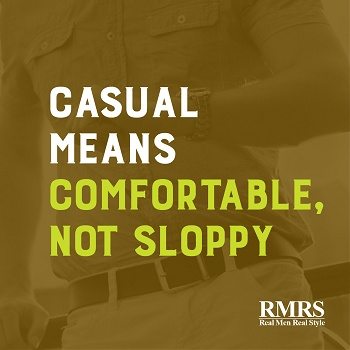 I hear so many people say, ‘I gotta dress casual – that means I just need to wear a t-shirt and shorts and running shoes.’ No – you don’t have to be sloppy when you dress casually.

For me, ‘casual’ is what I’m wearing in this video. I have a pair of shorts on from Ministry of Supply, a nice belt from Anson Belt & Buckle, and the Traveler’s shirt from Suit Supply. To me, this is a very casual look. Yet it’s not sloppy. It’s well put together and looks good when I walk into a room.

‘Casual’ is something thought-out—it means you still control your image, and you’re still projecting your image to send the message that you want to send, but you’re doing it in a way that’s very comfortable. 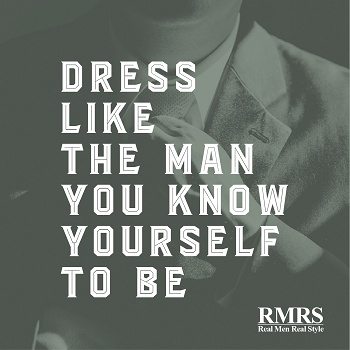 3. Dress Like The Man You Know Yourself To Be

Look at that guy—how is he presenting himself and dressing? I know it’s 10 years in the future, but you can start to practice dressing as your future self now so that when you reach that position it’s simply second nature.

That’s what I mean by that quote. When you practice dressing like the man you know yourself to be, you become him. 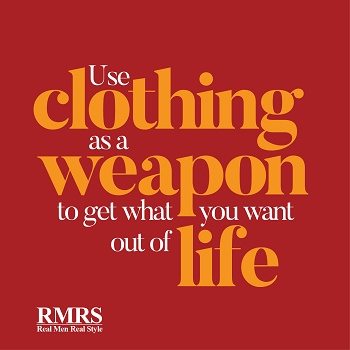 4. Use Clothing As A Weapon To Get What You Want Out Of Life

Clothing as a weapon?

I chose that word because a good weapon can both be offensive and defensive. If you’ve ever parried an attack with a sword, or played at blocking blaster fire with a lightsaber, you’ll know what I mean.

I want your clothes to be something that you use both offensively and defensively, to defend yourself from a world that is going to want to tear you down, and to go out there and send the message that you want to send in a very pointed way.

For me, it’s not about the clothing. The clothing is simply the tool, the instrument.

I like to think that the guys who are following and using my information are first good men. They’ve got a mission, they’ve got a goal in life. Use that clothing as the tool it was meant to be—as a weapon to fight your way to your goal. 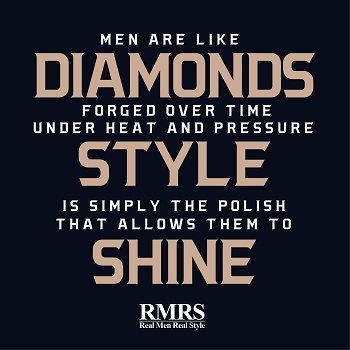 5. Men Are Like Diamonds, Forged Over Time Under Heat And Pressure. Style Is Simply The Polish That Allows Them To Shine.

I had a friend who was an amazingly smart individual. He went to interview after interview with different companies, and he kept getting turned down. I remember looking at him and knowing why—because he did not look the part of someone with a fancy MBA from a great school.

So despite him having these great degrees and being a mathematical genius, he was getting turned down, because nobody would want to hire a guy they were embarrassed to be seen with. They’d never be able to put him in front of a customer.

Do These Quotes Inspire You To Take Action?

If you could use more inspiration, check out my coaching program, The Style System . All those quotes are the cornerstones of the program.

Why did I create these fashion quotes for men? Because it’s hard to take action alone. The internet is FULL of information. Libraries have tons of information. But people aren’t beating down the doors of libraries. They’re not going to the web and transforming themselves. One man vs. a vast ocean of information is just too daunting.

If that sounds like you, you need to take action—and for that, you need a coach. A coach can lead you along the path so you can get past the self-doubt and self-consciousness about the way you dress and present yourself.

We’re only opening this program to a set number of individuals who meet the criteria. We want to make sure the people we’re allowing in are all at the same level.

Think you are? Click HERE to check out Style System and fill out the application.

Previous Post: « What A Man Should Carry In His Wallet | How To Keep Your Wallet Slim
Next Post: Style Podcast #72: Dress Like a Man, Not a Boy »