You're not made of money.

You buy shoes ONE pair at a time.

But how do you PICK ONE?

Don't worry, gentlemen – today we're going to dive into the details of monk straps vs penny loafers. Read on to nail down the differences and what each one says about you.

No worries about wasting your money on a shoe you'll be embarrassed to wear. You'll finish this article with a clear idea of which shoe you'll be buying next – and why. 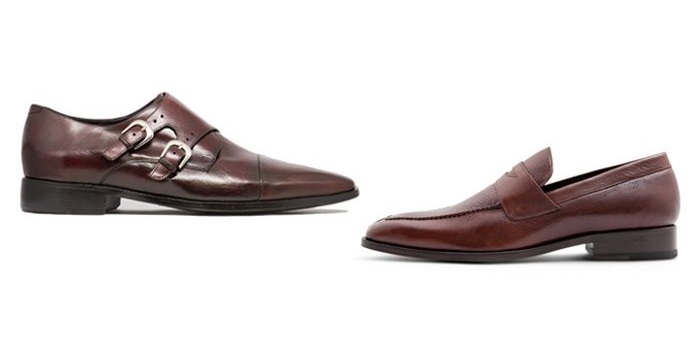 #1. Monk Straps Vs Penny Loafers – Which Is My Favorite?

So you've seen monk straps around. They look good, but the penny loafer is more classic. Which one should you go with? Something fashionable and trendy or something that's been around for years and is a classic in menswear?

My answer may surprise you. Yes, I'm a great advocate of timeless style – but I'm actually going to go with the monk strap. Even though it is a bit more fashion-forward, I think it's becoming a modern classic – and its history goes back to the Middle Ages. The simplicity of the design is timeless.

The single monk strap is the older style, and works great for older men who don't want to look as if they're trying to be funky. The double monk is more modern and fashion-forward.

I gravitate towards the double monk strap because I simply love the look. I like the subtlety of the two smaller buckles, which are less eyecatching than one large buckle. 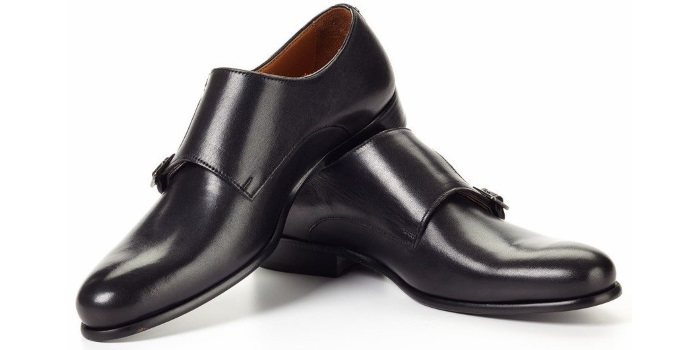 #2. When To Wear Monk Straps Or Penny Loafers

These shoes work in a wide variety of situations – you can dress them up or down. Don't try pairing them with your business suit, though – if you're going to an interview, a wedding, or a funeral, stick to your oxfords or derbys.

However, if you know what you're doing and if you've got the confidence, you can pull off monk straps or penny loafers with a casual suit. Wear them when you don't HAVE to look ultra sharp, you simply want to rock some great shoes. 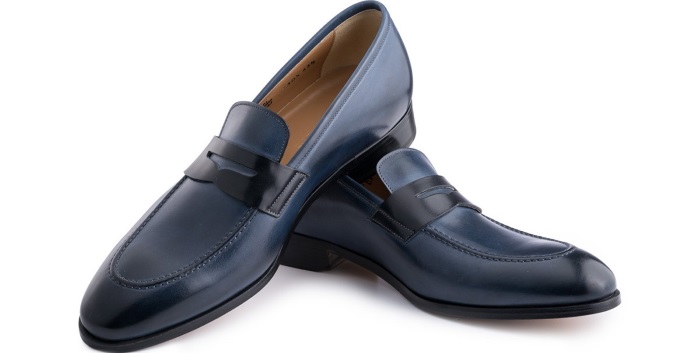 #3. What Monk Straps And Penny Loafers Say About You

The penny loafer is a very casual laid-back shoe with an ‘Ivy League' vibe. The casual design also goes into the leatherwork – if you look at the toe you'll notice two pieces of leather stitched together around the top.

This is known as an apron toe. It brings the formality down a level – the ‘busier' a shoe looks, the more casual it is. The strip of leather across the front adds more casual detail too (and yes, I did put a penny in there as a kid.)

When you look at a pair of double monks, they're a little sleeker and less decorated, so a touch more formal.

If I had to make the choice – monk straps vs loafers – I'd go with double monks for personal reasons. They fit my lifestyle and the image I like to project. But for a lot of guys – especially if you're more conservative or you're just starting off – the penny loafer is going to be a great option.

So that's my comparison of monk straps vs penny loafers. Have you made your decision?

If you'd like more information, or you're looking for something a little smarter – take a look at my top 10 dress shoes ranked from formal to casual.

Click Here To Watch The Video – Which Are The Best Casual Dress Shoes?

Previous Post: « How to fold a T shirt
Next Post: 10 Ways to LOOK Rich Without Breaking The Bank »