Today, we're going to be talking about jacket sleeve buttons. The question that came in was:

What are the buttons on the jacket sleeve for? Should I just remove them?

He's asking of a jacket in which the buttons are just there for decoration. You have to know a bit of the history as to why there are buttons here so that you will understand why not to remove them, unless they're incredibly ugly and gaudy, then perhaps you want to replace them with nicer buttons.

The Sleeve Buttons and the History Behind it 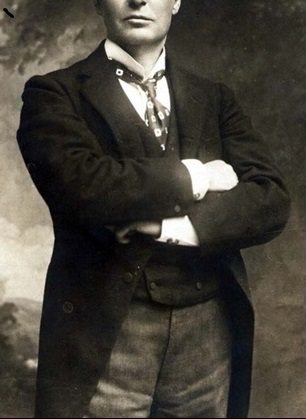 This is a hundred plus year old history, but the idea was that there was a time when all men pretty much wore jackets and it was something that they wore going off in a combat or out about town or going out to work on their own land.

All men that time always donned a jacket and a hat. These are pieces of gear that were protective. They were made from heavier, rougher materials  and it was just normal wear for people to take this stuff out there.

And since it was normal wear, it needed to be functional. Nowadays, it sets you apart in business. It says that you're here to do work.

There were times when a gentleman was out there wearing a jacket and was going to be doing work out on his land, he would actually want to roll up his sleeves.

He didn't have to take his jacket off, since taking one's jacket off in public was akin to stripping down to your underwear, instead he could just roll his sleeves up.

Also, laundry was a pain in the backside back then. It kind of still is for many people right now but you could imagine having to wash everything by hand. And so, you are very careful not to get blood, dirt, grime, mud, anything on your clothing.

You wanted this to last. Clothing as a percentage of your budget was more, so what you had was higher quality usually and you took better care of it. That's really why the buttons are there.

Nowadays, most off-the-rack jackets, they don't make the functional sleeves, and the reason is because you could only adjust these so much.

Really, the amount I can adjust this is at the most an inch, usually about half an inch to three-quarters of an inch.

And whenever a person buys a jacket off-the-rack, they want to adjust it up to two inches, so they usually put it in quite a bit of fabric that allows you to let that sleeve out or to bring it up in.

The sleeves oftentimes are going to be really wide and things like that, but again, they're going for this is to have it fit as many body types as possible.

And by just sewing the buttons on the outside making these nonfunctional, it allows the sleeves to be adjusted quite a bit and you can just take the buttons off and move them, so now they're for decoration.

That's why this question makes sense. However, I would tell the gentleman to go ahead and leave them on for tradition's sake, but now that you understand this, be out there looking for jackets that you could find perhaps at thrift stores or now at higher end men's retail stores that actually have working sleeve.

You're oftentimes not going to roll this up, but it's a very interesting bit of history. When you start to understand men's clothing — I'll actually link to an article in which I talk about history in men's clothing.

Previous Post: « Should You Iron Jeans? Denim Style Tips | Men Style Guide
Next Post: How To Buy A Suit »