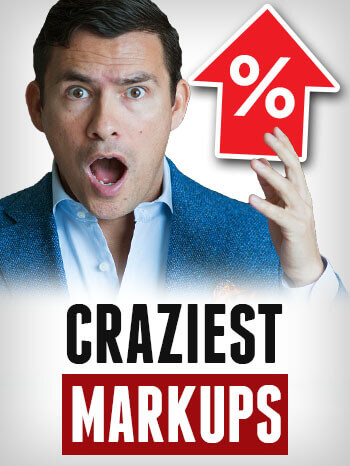 the difference between cost and what you PAY.

Those are just three examples of items on which people pay a huge markup price.

Today I'm going to open your eyes to the markup prices of clothing, accessories, and other items – so that you can make better buying decisions and save money.

This article is brought to you by Glasses USA – where my whole family gets our prescription glasses online. They offer over 2500 options, including Ray-Ban, Tom Ford, Oakley, Armani, and Adidas, at 70% OFF RETAIL PRICE – plus free shipping, free returns, a 100% money back guarantee, and a 365-day product warranty.

My favorite part of their website is the virtual mirror. If you upload a photo of yourself you can virtually try on glasses and find the perfect pair for you. Click here to get your exclusive Glasses USA discount.  (Basic prescription lenses included, premium and marked down frames excluded)

Click Here To Watch The Video – Don't Get Ripped Off

Click Here To Watch The Video – Markups Of Everyday Items

Let me be clear – I'm a businessman. I get that companies need to mark things up to make a profit (and that's a good thing.) But if you understand markup pricing as a consumer you can use this information to negotiate, look for deals, and save money. Read on to find out how. 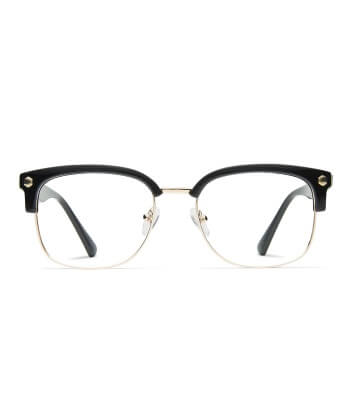 Next up, let's talk about jewelry – rings, necklaces, cufflinks, watches. What we see here is anywhere from a 200% to over a THOUSAND percent markup. Gold often gets a higher markup than steel or silver – and precious stones have the highest markup of them all.

And the highest markup in menswear – a 1329% markup – goes to designer eyewear. That's right – glasses and sunglasses.

So you're about to take a trip – let's talk about the markups you'll run into. That airline ticket? A 388% markup. Traveling internationally? Let me add another 100-200% markup.

Still haven't bought the tickets for that concert you want to attend? Oh – looks like it's sold out. A 2873% markup from list price.

And last but not least,  texting – the most marked-up item for a busy traveler. If you've just blown through your data plan and you've got to pay per text, that's a 5961% markup. Obscene! 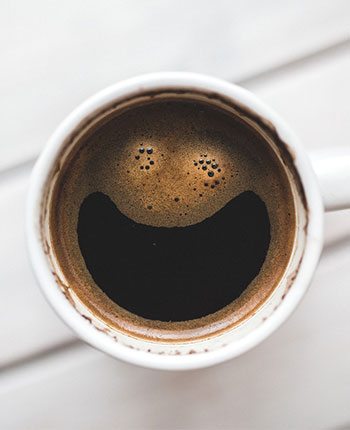 So what do you think – can drink markups get any more absurd? The answer is yes – topping the list, coming in at 2,000 to 4,000 percent depending on how you buy it, is… bottled water.

#4. How Students Get Ripped Off

How much profit are companies squeezing out of you hard-working students? Textbooks on average have a 163% markup –  not bad, right? Next up, we've got printer ink coming in at a 300% markup.

Need a table for your apartment or a bed for your dorm room? You've got a 400% markup on furniture. That fancy TI-83 calculator that does all that graphing for you? An 892% markup.

But all this pales in comparison to the markup on prep classes. Classes to get you ready for the GRE, the SAT, the ACT, or the GMAT. There is a 3082% markup on these classes. Not too bad… right?

Your funeral casket has a 350% markup. Not too bad compared with everything else we've seen.

Calling a psychic hotline apparently has a markup of 9186%. I'm not sure what to think about that.

And wrapping things up – we've got healing crystals at a 2, 493, 828% markup. And they did calculate that. Sounds legit… right?

If you're paying full retail for prescription glasses – you are paying too much. I've been using Glasses USA for 2 years. I've tested out a wide variety of different frames from them. It's a great company that offers great quality at a fair price.

If you need new glasses, you've come to the right place. I've secured you an awesome discount. Use it or lose it – it won't be around forever. Go check them out and try that online service – it's pretty cool. Click here to check out Glasses USA and claim your discount before it expires.