A lot of men (and women) find it to be synonymous with masculinity. 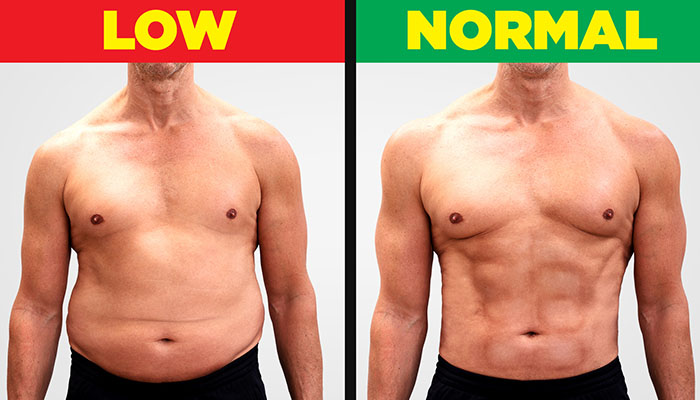 But what happens when testosterone fails to function properly? We're getting serious in this article, gentlemen. We're going into 10 symptoms of low testosterone you need to watch out for.

This article is sponsored by Roman Dailies – your solution to low testosterone. One problem faced by men as they age is decreasing testosterone levels. For most men, it begins around the age of 30, and testosterone production declines by roughly 1% per year.

Roman has a solution. They formulated their own supplements with transparent and scientifically-backed ingredients. Roman’s testosterone supplement is for anyone who wants to support their own body’s natural function. Don't let the symptoms get you down – try Roman today to get $15 off your first order.

Click Here To Watch The Video – 10 Low Testosterone Symptoms (SERIOUS Signs YOU Need To Watch For!)

Though it can be irritating, morning erections are a sign that your testosterone is in a good place. When the brain is resting, the body goes into overdrive producing hormones. This influx of testosterone is at its highest in the morning, hence the infamous erection.

While testosterone doesn't directly cause erections, it stimulates the brain to produce a compound called Nitric Oxide. This compound, in turn, causes arousal. Low testosterone means that the brain can't be energized the way it needs to in order to make the magic happen.

Be thankful for those morning surprises.

The average man's testicles are about 4 x 3 x 2 centimeters in overall size. About 80% of their overall structure consists of tubules that constantly produce sperm cells.

There are also two essential cell types known as the Germ and Leydig cells. The former produces sperm while the latter produces testosterone. If they don't work properly, testosterone production is cut and so is the overall size of your boys. This is called Testicular Atrophy.

Since sperm is made in the testicles, you may produce less than average if you lack the right amount of testosterone. Your balls are like factories for this stuff. If the factory shrinks, then so does production.

Evidence for this comes from a 2014 study that examined 236 subjects over a year. They discovered that lower testicular size corresponded directly with low sperm density.

Scientists actually have no idea how testosterone affects sex drive, but they know there is a correlation.

Ironically, we have a women's study to thank for this. In 2009, a group of menopausal women experiencing difficulty with sexual pleasure were given testosterone supplements twice a week.

Despite an increase in hair growth, these women experienced a significant increase in baseline sexual pleasure. It's no coincidence then that it impacts our good time as well.

When it comes to hair, men depend on one enzyme: Dihydrotestosterone (DHT). This is produced by testosterone and our hair follicles are sensitive to it.

If you start balding at a young age, it could be a sign of abnormally low testosterone.

Essentially, DHT numbers have a drastic impact on how much hair we have – whether it be on the head or body. If they get too low, you can expect baldness to follow. This is why so many men experience hair loss in middle age – that's when testosterone naturally declines.

If you are slimming up faster than you'd like, it could be testosterone deficiency.

Let's see the evidence: A 2013 study out of Massachusetts General Hospital surveyed 400 healthy men between 20 and 50 years of age. They were given drugs designed to lower testosterone levels.

It took different doses for different men (implying every man's level is different). Regardless, after a few weeks, the men were noticeably leaner and weaker. Some even had difficulty with the leg press when they hadn't before.

Not on a diet and getting skinny? See a doctor.

Researchers working for the Archives of General Psychology analyzed the medical records of 278 men over two years. These men had no prior diagnosis of depression and were otherwise healthy.  The subjects ranged from men having high to low levels of testosterone.

At the end of the study, men with low testosterone were four times as likely to be diagnosed with clinical depression.

Many factors contribute to depression, and low testosterone could be one.

Though it isn't a direct cause, it could be a catalyst. When you consider everything else we've discussed, it isn't surprising that depression comes next.

8. Feeling Tired All The Time

Like depression, fatigue is the culmination of all the factors attributed to low testosterone.

If you constantly have to deal with hair loss, low sex drive, sudden loss of muscle… it's going to wear you down.

We know that memory declines as you age – and so does testosterone. Is it just a coincidence?

The Harvard Medical Journal noted that this could mean that testosterone supplements can help older men retain memory.

Osteoporosis is a medical condition in which bones get brittle and are prone to breaking. It usually results from a loss of tissue prompted by hormonal changes or calcium/Vitamin D deficiency.

Osteoporosis in men usually has to do with low testosterone.

How does testosterone figure in? It's converted into estradiol in the bones. This helps mitigate bone absorption and retain mass. Hypogonadal men (men with dysfunctional testicles) are documented to be at a higher risk for Osteoporosis.

Low testosterone is a serious condition. One that can lead to men having one (or several) equally dangerous symptoms. Keep an eye on these, gentlemen. It's for your own good!

This article is sponsored by Roman Dailies – your solution to low testosterone. One problem faced by men as they age is decreasing testosterone levels. For most men, it begins around the age of 30, and testosterone production declines by roughly 1% per year.

Roman has a solution. They formulated their own supplements with transparent and scientifically-backed ingredients. Roman’s testosterone supplement is for anyone who wants to support their own body’s natural function. Don't let the symptoms get you down – try Roman today to get $15 off your first order.