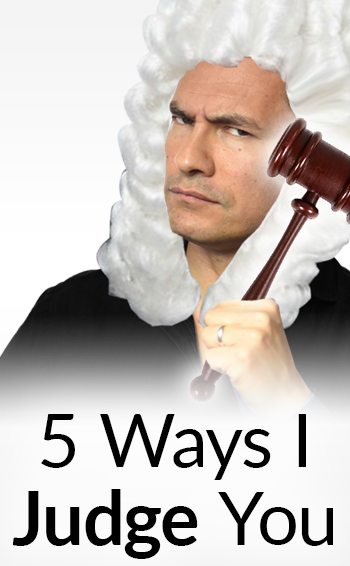 Never judge a book by its cover.

It's a way of saying don't judge others…

before you learn who they are on the inside.

And – I love that saying…

it's a great one to live by.

And if you live in reality – you should know this.

Sure, you're a great guy once you get to sit down and chat… but the world is judgmental.

It's not enough time to really get to know people's ins and outs.

Want more respect from your colleagues? Friends of friends? Strangers?

Then take note of these 5 ways in which people are likely to judge you (and fix any flaws that apply to you!)…

Click here to watch the video – 5 Ways I Judge You

#1 – People Judge You By Your Wardrobe

This is the core principle of RMRS – the very reason this site exists. We've been told all our lives not to judge a book by its cover, but that's how life goes.

We have to display the kind of person we want to be treated like. And since we all want respect – we need to dress up respectably.

Let me tell you about this one man who spent over $160,000 on clothes – stylish pieces from Burberry, Tom Ford and Dolce & Gabbana. It's no joke – he simply did this so that potential clients would take him more seriously.

And guess what? The guy didn't lose money! He made over 4x his wardrobe “investment” through tons of lucrative deals – about $700,000 in total! 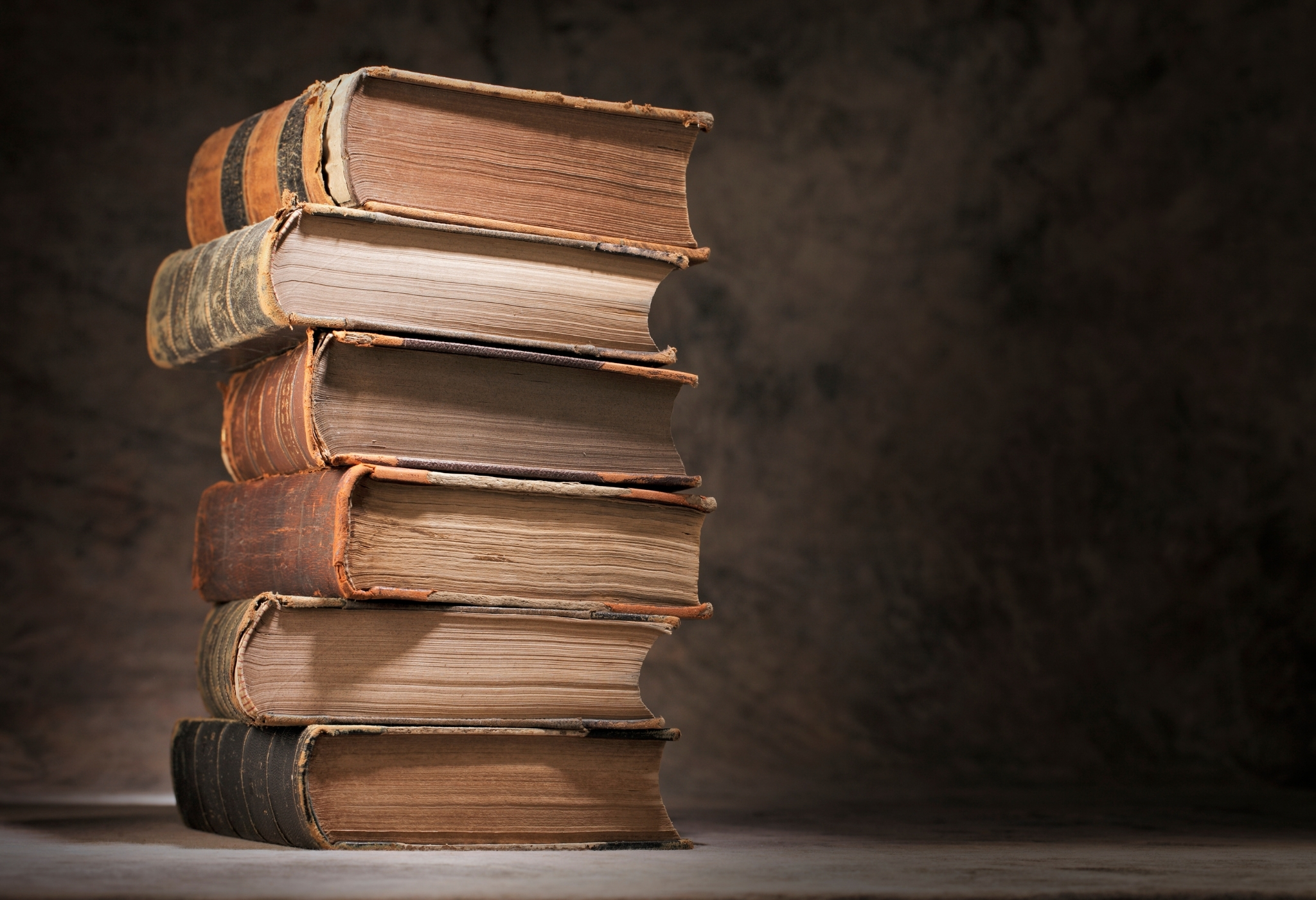 It's a great story of someone with a humble background who's made it big as an online marketer, as well as a Top 100 entrepreneur recognized by President Obama. Read about Neil Patel's experiment.

However, Neil's approach was pretty extreme – no one else needs to spend that much on clothing. The truth is money isn't even the dealbreaker – it's your knowledge of style and choosing the right clothes for your body type.

It's not a matter of picking out clothes you randomly see in the store because they look nice. Your goal is to buy quality items and build your own interchangeable wardrobe – for every single piece to be useful for different clothing combinations.

#2 – People Judge You By Your Time Management

Is there a way to actually tick people off before they even see your face? Yes – if you arrive late. And it's probably one of the hardest bad impressions to overcome (unless you have a good excuse).

Sigh. This is a habit that many of us struggle with. It does have something to do with how we perceive time – like “It's only 5 minutes past 8” or “Just a second” – even though we knowingly take longer than what we say.

Time just isn't valuable enough that we don't bother to manage it well. We end up wasting our minutes – and the minutes of those who wait for us. 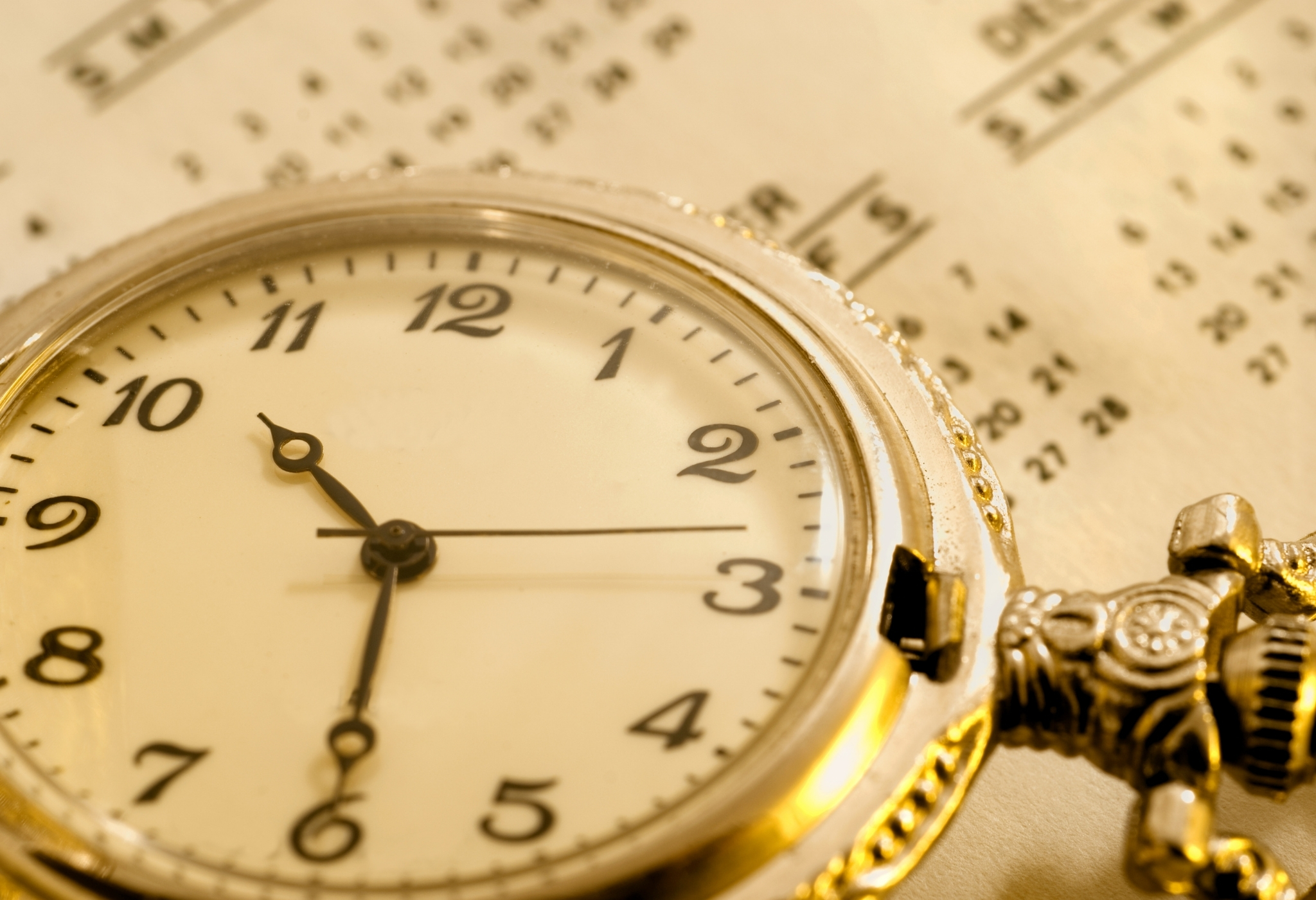 Do you know that Germany was named one of the “most punctual countries” of 2015? Life there is pretty efficient – traffic is fine, people take reliable trains with few delays, rules are consistent, and you can do things according to plan without interferences.

This cultural pattern goes in line with the fact that Germany was one of the first countries to get heavily industrialized. Time was always money to factory workers, especially those in the German automotive industry.

If someone arrived at the factory a few minutes late, that guy's machine would end up starting late – and this equated to legitimate financial losses.

So if you want people to respect you more, you need to show you're in complete control of your time. You should practice punctuality at home, starting with a list of chores or bills to pay. That's how you train yourself to accomplish tasks quickly and meet “deadlines.”

The end time is just as important as the start time. If you're late meeting somebody – you shouldn't expect them to extend their stay. Assume that for every additional minute wasted, your boss/colleague/client (or anyone who's agreed to meet you at a specific time) will lose time for the other things they're busy with.

Now it's not too bad if you're 5-10 minutes late for a family dinner or drinks with friends. But it's a different issue if you cancel at the last minute – or keep saying you can't make it.

This is about people in your personal life – the ones who will be there for you if you get fired or face some tough problems. Do you really have ZERO time to spare? Can they ever be priority #1 for a weekend instead of your work? Think about that carefully.

#3 – People Judge You By Your Preparation

As the wise Confucius said: “Success depends upon previous preparation, and without such preparation, there is sure to be failure.”

There's something about the most talented actors, musicians and athletes in the world that amaze people with how they make everything look easy. We see Tom Hiddleston pull off celebrity impressions… or Adele sing her songs live without a bad note… or Roger Federer use all these trick shots in a tennis match…

They make it look easy because they're simply well-prepared. All those effortless stunts came from years of hard work, patience, and commitment – which separates them from the other 99% in their fields.

But here's the thing – those are the same qualities that make you a rockstar at whatever skill you have. It sounds cliché – but as long as you're committed and patient, you'll be prepared to impress everybody someday. You just have to put in the hard work. No shortcuts.

#4 – People Judge You By Your Manners & Etiquette

You're not egotistical, right? Don't worry – I believe you. I'll go as far as saying most of us don't want to have a huge ego. But with the way technology has evolved, we're all tempted to.

It's sad how we've grown so accustomed to smartphones and gadgets – while basic, face-to-face communication takes the backseat.

We make more eye contact with our phones than with friends sitting across from us. We're compelled to “broadcast” a given moment instead of just enjoying it. We listen less, interrupt more and cut off conversations for a phone call. 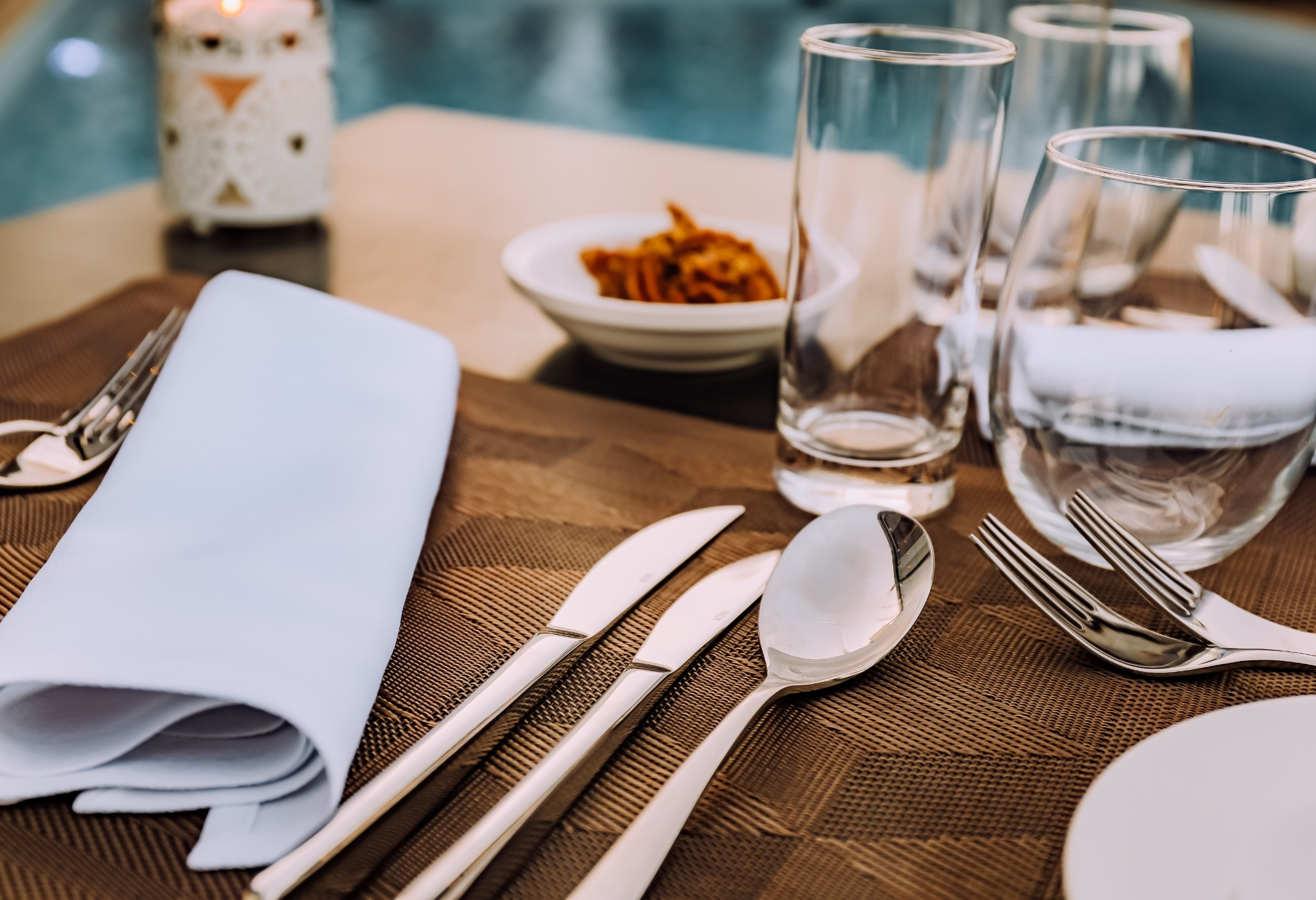 Those are NOT the ways of a modern man with good manners. They're actions that continue feeding our egos – and we forget to show consideration for others. So if you want to come off as the opposite of self-centered, you need to refine your manners.

When it comes to etiquette – there is no universal set of rules, so you either learn it through research or a bit of trial-and-error. The difference between manners and etiquette is that manners pertain to how you treat people, while etiquette covers practices based on the culture or setting.

One area that's worth studying is fine dining etiquette – especially when you go to formal occasions. Your reputation can go way up if you've mastered how to use all the utensils on the table (for each of the courses).

#5 – People Judge You By Your Language

Words are powerful, whether they're said or written down. And since the English language offers countless adjectives, nouns, adverbs, and synonyms – we're judged by the words we choose (or don't choose).

Could you imagine an alternate world where everything was black or white? It would be so dull, with much fewer things that stand out from each other. So I'm glad we have 256 colors to see and appreciate.

It's the same deal with words – we don't have to describe everything as “good” and “bad” (and most of the time, we need more specific words based on the context).

That's why the most charming men out there have the best mastery of language – it shows their ability to describe life (and many other things) from a unique point of view.

The way you say something is crucial in professional environments – sometimes even more important than the message itself. It was said by Nick Corcidolos – a headhunter in Silicon Valley since the '70s – “The way you use language reveals who you are, how you think, and how you work.”

Some weak points of language that people may notice are:

Previous Post: « Wanna Be Successful? Stop Doing This… | How To WIN At Life | Overcoming Excuses & Obstacles
Next Post: 7 Tips To Ensure Your Leather Lasts A Lifetime | How To Treat Leather »