This is a guest post from Alden Tan – He knows a lot more about Hip Hop Style than me and I really liked his unique perspective on men's style! – Antonio

When you hear the word “Hip Hop” what immediately comes to mind? 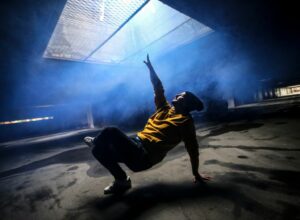 For many people negative things like this go hand-in-hand with the hip hop lifestyle.

So with all the stereotypes it's not strange to hear someone saying that he thinks Hip Hop fashion is all about wearing baggy pants, oversized tees and shiny accessorizes, and “Bling”.

Hip Hop is a huge subject on its own right. Linking to its fashion counterpart would mean talking a little about its history, its meaning and how the clothes actually fit man and his soul!

Definition and History of Hip Hop

To talk about Hip Hop fashion would require a lip service, if not proper introduction of the definition and history of Hip Hop.

Hip Hop is a culture and a lifestyle.

The roots of Hip Hop goes way back to the early 1970s in the Bronx of New York City. The term “Hip Hop” was coined back in 1978 by Keith “Cowboy” Wiggins, a member of Grandmaster Flash and the Furious Five.

Then on August 11 1973, a Dj named Kool Herc decided to extend the “breaks” of a record during a block party jam, forever changing the way music was played. Dj Kool Herc was also credited as the birth of the MC as he started dropping simple rhymes while the music was played.  When Kool Herc spotted people dancing with and against each other while on the extended breaks, he would shout out to them, “Bboy” or “Bgirl”, hence giving them their names.

Well let's not get ahead of ourselves or rather, bore ourselves with a history lesson. If you would like to know what Hip Hop is just a few words it's this:

Needless to say, with such a remarkable and colourful history like that, Hip Hop's fashion and style definitely tell of a deeper story, a reflection of inner style and one's identity and what he or she represents. 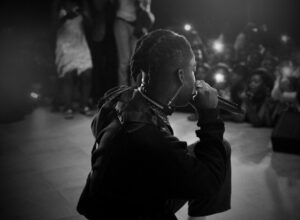 When it comes to Hip Hop fashion everything is about style, carrying off that style and being recognized for it. It isn't just wearing it, it is a message you tell the world.

One man, named Walter “Clyde” Frazier influenced Hip Hop in wearing fedoras. A legend in street ball, he carried the nickname Clyde of Bonnie and Clyde because he could steal a ball easily, off court.  He would be decked in full suit and fedora.

Workmen wore pants from the Dickies brand as they were cheap and durable. They were also ideal for different activities and looked neat.

Lees were the brand of choice for jeans and pants too, often ironed and starched to form lines that gave them the “fresh”, crisp look. Some would tag or “bomb” their jeans with graffiti names all over so that their alias would be known to the world like a superstar.

Tees were the ultimate canvas for fashion.

Tagging graffiti on tees was and still is a way of creating your own design and style to blast a message out, like who they are, which crew they represented or tributes to the fallen.

Tees were cheap too. They came in many different colours to choose from or you could customise your own plain tee, breathing new life into the tee. Stitching letters in or adding and removing logos were a common practice too.

Even “bling bling” was something only Hip Hop did, but now today we have men wearing accessories like diamond studded earnings openly.

Identity Through The Cloth

All in all, the fashion of Hip Hop speaks of the person's identify and culture.

A BBoy or Bgirl may be rocking Addidas, Nike while donning an oversized tee and that is truly what they DESIRE to wear because it represents who they are and the culture of Hip Hop.

The clothes, the shoes, the bandanas, the blings or the caps, they all aren't a result of MTV or whatever mainstream channel forcing advertisements on them, but instead they are real elements of the culture that allow them to stand out hence express who they are!

This expression transcends all kinds of societal barriers. Being who they are, representatives of Hip Hop stick to their own trends and clothes despite what others may see.

Others say that oversized tee makes them look like a kid: It doesn't matter.

The blings make people look like gangmembers: Hip Hop does not discriminate.

Hip Hop does not judge, ever.

It takes real effort, creative energy and sweat to really sharpen your craft, be it Bboying, Djing, Mcing or Graffiti art.

To wear what we love is like shouting a silent declaration to the world, “This is who I am. My clothes bear the battle scares and hardship of what I represent!” 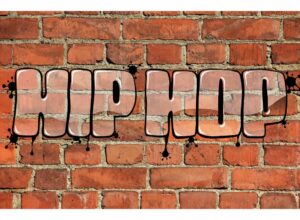 A Break From Mainstream

This isn't to say we don't improve or we stagnate. It's like merely our way of saying, “Nah, we are happy sitting on the fence. We sit and watch others while we are just happy doing so and being so”.

Passion is something that exists in everyone's soul, but sadly, not everyone has the opportunity to discover what it is much less follow it.

Hip Hop is all about passion and with it comes the fashion for the bearer to proudly wear. With that, wearing what we love is also a breakaway from the harsh, corporate society we live in.

Sometimes it's not about the clothes we wear, it's about what we DON'T wear.

Once you strip off the different layers of your own mind you can find a very deep definition of Hip Hop.

As the name of this website goes… Real Men Real Style, Hip Hop Fashion is also real. We are, just by keeping it so.

Alden is a Bboy and a writer who blogs about personal development for dudes and guys alike. His years of being an outspoken db has allowed him to see much and hence, he dares to tell you things most others wouldn't.