Guys with stylish wardrobes aren't necessarily spending more on their clothes than other men.

Often times, they're just buying a wider variety of clothes that are interchangeable, which gives them a more unique look.

Finding less-common substitutes for the basics of a casual wardrobe (jeans, T-shirts, etc.) can help keep you looking stylish.

Today we're looking at an awesome T-shirt alternative that way too many guys are missing out on: the Henley shirt.

Below is a quick 3 minute video summary of the Henley shirt – click here to watch. 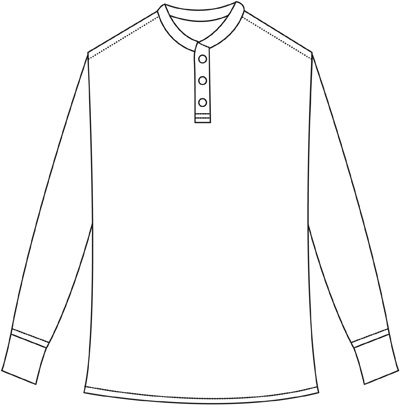 These days you can write “henley” as a generic, lower-case noun. The name comes from the town of Henley-on-Thames, in England, where the local rowing team wore the style for their uniforms.

A henley is a collarless shirt with a buttoning placket or “fly” in the front. The placket is usually two or three inches long, and fastens with anywhere from one to five buttons.

Henleys can be long- or short-sleeved. Short-sleeved versions look much like a polo shirt without the turndown collar, while long-sleeved ones resemble a sweater with a narrow (and buttoning) V-neck.

The style isn't attached to any one traditional material or purpose the way the polo shirt is.

You can get henleys in everything from lightweight summer weaves to thick, quilted constructions (the latter are more faithful to the garment's rowing crew origins). 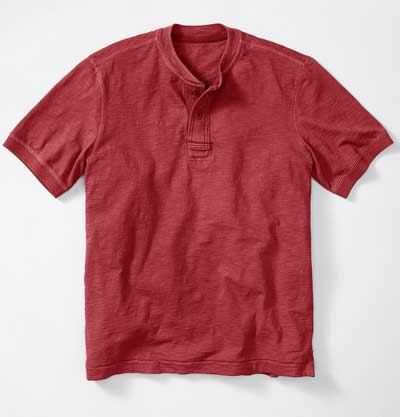 Advantages of the Henley

Because the construction can vary so widely, you have to speak in fairly broad terms when you talk about henley shirts.

But broadly speaking, the henley's big advantage is that it's different. Most men don't own one; ergo, by owning one, you are making a reasonably unique style statement.

This benefit fades, of course, as they become more popular, and lately henleys have been showing up on more and more mainstream store shelves. Still, they're always going to stand out more than a T-shirt, and just the fact that you've chosen to wear something with a bit of style to it often goes a long way.

Another advantage is that the v-cut in the front can send a signal of masculine sexuality – of course you need to have other things in check (a decent build being the big one) to pull this off but just look at the image of Ryan Gosling above.  Yea – he's putting out the “vibe” .

It's also one of the more affordable style upgrades out there. You can get a henley from somewhere like the Gap or Eddie Bauer for $10-20, and that's assuming that you're buying new and non-discounted. If you're willing to thrift around a bit or bargain-hunt, you can add a dozen of these to your wardrobe without denting the bank account too badly. In a variety of colors and materials, that adds up to a big boost in your wardrobe's overall versatility, all without spending big bucks.

Henleys are typically cotton or a cotton/synthetic blend, which makes them both affordable and low-maintenance. You can throw them in the washing machine without worrying too much about your settings.

All told, it's a cheap, low-maintenance garment that adds a lot of variety to the wardrobe at very little cost or effort. 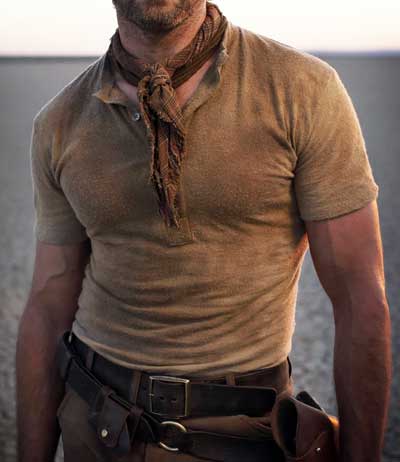 How you wear your henley shirts depends a lot on how they're made.

Light, short-sleeved henleys stand in effectively for T-shirts. They're not quite as formal as a polo, but fill a similar niche — you wear them when you want a single, short-sleeved layer that still looks like you put some thought into your outfit.

The long-sleeved versions, depending on weight, can be either a light inner layer worn under a jacket or heavier shirt, or they can be the padded top layer on a cool day.

Henleys layer well, so don't be shy about getting them in a variety of colors and wearing them under sports jackets or light coats. Some guys will even throw them on under casual suits, although this is a bit of a runway fashion-model look — don't try it if you're not very confident in your style!

Most important of all, only buy henleys that have a good, close fit. They should touch the body pretty much all the way through their length — no hanging or billowing fabric anywhere. If you've got a bit of a guy, the henley might not be the best choice for you, especially lighter, thinner ones. It's meant to be a pretty form-fitting garment. The only place there should be any looseness is up at the collar when it's unbuttoned.

The Henley: Worth a Try

If you've made it this far and you still don't own a henley shirt, what are you waiting for? Go try one on. You'll probably like it.

For their price, most henleys are a cheap, easy wardrobe upgrade. Throwing a few into the mix adds color, visual interest, and uniqueness. Unless you have a very peculiar wardrobe, you can count on getting your money's worth out of a henley or two.

Previous Post: « How To Clean Your Delicate & Expensive Clothing | 7 Tips For Washing Menswear
Next Post: Herd Mentality in Men’s Fashion – Why Style Trends Exist & Men Mimic Each Other »