A Man’s Guide – Color and Clothing

More detailed information is contained in the following outline:

That these aren’t necessarily “subliminal messages,” but rather cultural associations. Our cultures, preferences, and past experience teach us what colors “mean” to us.

They found really strong associations between certain colors and negative emotions. In particular, they found that depressed and anxious people were more likely to be drawn to gray and black, while healthy individuals were drawn to yellow. My own hypothesis is that gray reminds us of overcast days – boring, cold, unchanging weather is a drag, and clinical depression can be a long stretch of unchanging emotional deadness (a doctor in Seattle once told me that about 1 in 4 of her patients were on an antidepressant there – maybe this explains the Seattle Grunge scene).

This means if your wardrobe is dominated by greys and blacks without much color, people might assume you’re depressed! 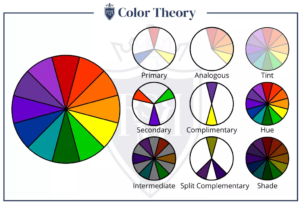 They also presented colors to people and just ask if the people perceived the colors as positive or negative. Here were the results. 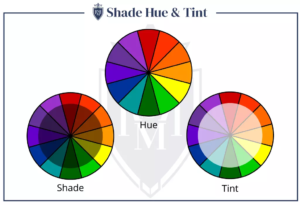 Check out the shift between 9 and 15. At 9 you have dark brown, which is overwhelmingly considered negative (.5% rated it as positive but 54% as negative), but as it lightens from gold to yellow the numbers really flip around until 15 is universally considered positive. Now check out the shift between 17 and 19. There’s a pretty big difference, too. Deep purple had negative associations but just one to two shades lighter made a big difference!

You can build a personal “brand” through associations by choosing signature colors in your wardrobe. Colors can establish a memorable personal “brand.”

Because our preferences for colors are built on associations, we can actually use this to our advantage.

Some colors are so associated with a brand that simply presenting them can make people hungry or remember the brand.

Think of the classic McDonald’s red and yellow. Just presenting the colors to a person can remind them of McDonald’s.

Some other examples of strong branding: the Wal-Mart blue, UPS brown, etc.

There’s no intrinsic reason why package delivery HAS to be about the color brown (other companies use different colors). Instead, UPS has intentionally built an association over many years with that color.

Maybe UPS chose brown because it has subtle associations with down to Earth reliability. Then, every time you’ve seen a UPS truck driver, truck, or logo, those colors build a stronger association. Eventually the color becomes inseparable from the message.

What does this have to do with fashion?

In theory, you could build up a personal brand using color (or patterns).

Say you’re trying to get a job and you know you’re up against a number of competitors. How do you stand out?

Find a color that really says something about you – it really communicates a message you want associated with yourself. Maybe a bright red if you’re trying to communicate strength or power, or a forest green if you want a calming presence. You could even pick a pattern like plaid or polka dots.