This post is an interview transcript.  Click here to watch  the video interview with Antonio Centeno over at Video Creators channel

Tim:  Probably one of the most difficult things for any creator is to prioritize things in life when

you have a lot of big things going on – YouTube business, money, family, things.

This is Antonio. He's going to tell us a little bit about his story and how he came to a realization of what is actually the most important.

Hey, guys. My name is Tim Schmoyer and welcome to Video Creators. This channel is all about helping you guys grow a YouTube audience so you can spread a message that reaches people and changes their lives.

And Antonio's channel changes a lot of men's lives. Why don't you just tell us real quick about what you do there at Real Men Real Style? 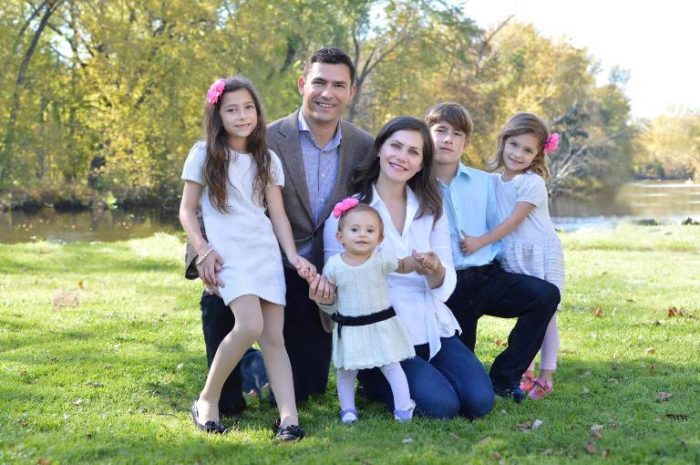 Antonio:  All right, guys. So, you know that most men can't dress very well. I help them by using science and military history to make style relevant, so that they can use it as a weapon to get what they want out of life.

By the way, 15% of our audience is actually women. They love…

Antonio:  No, because a lot of women they just they realize the principles I talk about are applicable to women's fashion and women's style. And I'm very right-brained, I focus a lot on scientific studies, on formulas that just make style simple to understand.

Tim:  When you first came to YouTube, you already had a business going.

Tim:  And then, you were married or are married.

Tim:  Have kids, family, and you have employees people who work for you.

Tim:  That's a lot. And then, you decided to add YouTube on top of this.

Antonio:  Yeah. You know I was starting my workday at about 5:00 AM. I just decided, hey, why not start it 4:00 AM and go ahead and film videos in that next hour? And that's, I mean it was hard. It was not easy. And it's something though if you want it, you're going to find the time you're going to make it a priority to start creating. And you may have to cut some things off.

I have to admit, I did cut some things off. I really don’t have — didn't have much of a social life. I was probably not spending as much time as I should have with my kids and my family. And I just made YouTube creation a priority.

YouTube for me, was the marketing arm of my clothier. But when the clothier basically wasn't making enough money and I had to shut it down, it was tough. You know you're trying to figure out, how can I make money, how can I get this business to survive? And during that transition phase it was something, again, I'm putting in 80, 100-hour weeks I'm spending.

My wife, you know I remember we had just had a baby and my daughter, Lana. And she's breastfeeding while she's editing a video at the same time. And, I’m, you know, and you know it was kind of a breaking point when I’m like telling her she needs to go faster and she's like, what more can I do here?

Antonio:  And that's not the way that you want to – that you want to treat the most important person in your life. You know when you're working 80 to 90 hours a week, it's not because most of us volunteer to work that much, right? We're working that much because we have to.

And so my sister, I lost her in 2009 to suicide. You know it was just it was horrible. And, yet, I was so tied to the business that I had to drive, I drove down to Austin I had to deal with the police. I had to deal with everything that goes into like a suicide. And I am driving around still taking business calls with my sister's urn in between my legs.

And I remember thinking, there's got to be a better way, this isn't why I got in the business. Why am I still needing to take business calls? I can't even mourn my little sister. And I remember it was just a wake-up call. I am doing things wrong and I've got to – I’ve got to refigure this out.

So, when you have like life is going to hit you, life is going to tear you down, I don't care who you are, how strong you think you are. I know many of you guys have experienced this. So, when life kicks you like between the legs, it just hits you right in the nose and you – I – so – look at — there is a little bit of good there and that good maybe you just realize you can't do it all.

You've got to create systems so that you can free yourself from that job. You've got to prioritize. And prioritize is actually not a really good word. Priority is a better word because there can only be one priority. When you realize that, you have to put something as number one. And for me, it really was my family, it was my kids. It was wanting to build and have a strong relationship with them for the limited time I'm here on this planet.

So, knowing that, I started having to make some very hard cuts. I did tell people, I did — no became my most, you know, my most common word. I couldn't just create content for free. I couldn't just do this because I felt like it was bringing benefits to my company. I had to actually measure the ROI, I had to say, you know, turn a lot of people down not — some of them were offering me money, a lot of them just wanted me to create content for free. You know, oh, here's some free shoes. Well, you know what? I can't do that. You have to pay for this.

Develop your skill-set. Find out what's valuable. And then deliver that to the market and you'll be rewarded.

Tim:  Yeah. And one of the reasons you're creating is because you want to experience freedom.

Tim:  You want to experience independence. You want to do something that you love. But, I think there's this flip side that what happens is you can give up being enslaved to an employer and instead be enslaved to work itself as a business owner where you're just driving and going and going.

And, you know it's – it’s eye-opening. You've got to be honest with yourself.

And I think that is I just disagree with that. I think you will quit. I think we ’re designed to need rest and family and relationships and socialization.

Antonio:  I treat myself like a high-level athlete. And a high-level athlete does not train 24/7. He trains or she trains quite a bit like my daughters are figure skaters. And figure skaters are on the ice quite a bit, but they're also off the ice. They also are unplugging. They're also resting and getting enough sleep because if they don't do this, they're not going to perform.

So, I've instituted a 35-hour work week in my company. And the reason I do this is because I want people to work intensely for 35 hours and then they're done. Get — get off, go get some rest. But when you're there, when you're working, give it your all, give it your full attention and be very careful of things that seem urgent but are not important.

So there's something called the priority matrix. Go check it out. I know I've got it over on my website. And it's a very scaled where you want to focus in on what is urgent and important and what is important and not urgent. Be very careful of things that are not important and urgent. Those are like the social, you know, oh, someone responded to me on Twitter, I need to stop everything and switch which there is a cost to switching your mindset going to a different platform and all of a sudden you jump over there. No.

Tim:  This is especially timely for me because I have seven kids. We had seven kids in eight years.

Antonio:  And there are very simple things you can do. I've told you just need to double your prices. And you know that may scare some people, but try it. You know money is not my main driver, but freedom is and being able to have the freedom to spend time with my family is key.

You've said this before that you say no to good things to be able to say yes to great and amazing.

Tim:  Antonio has one and half million subscribers on YouTube?

Tim:  He’s got a lot of subscribers and for a lot of people who have that number of subscribers they are going crazy on their channel because they are trying to manage lots of different things. They've got so much going on whether it’s opportunity, whether it's just creating videos or something.

But, what I like about your story, Antonio, is you're one of the few stories that are like you can have a sizeable YouTube channel and how much time do you spend on your YouTube channel say a month?

Antonio:  Not very much, I don’t know maybe…

Tim:  And he has put what's most important first. If you guys want to learn more about how to look like Antonio, where should they go?

Antonio:  No, no, don’t try to look like me. But, if you actually care a little bit about using style as a tool to get what you want out of life, man or woman, and I know many of you guys have men in your lives, so you want to send them my channel. Make sure you do that.

But if you are not subscribing to Tim's channel, what-what are you thinking? Come on. Click on that subscribe.

Antonio:  I love this guy. This guy is amazing. I just put out a video, Ten YouTube Style Channels Better Than Mine. You know what? The algorithm loved it because people binge-watched those other channels. The people I promoted loved it 'cause I promoted their channels. Win. Win. Win.