This is a video review of Alan Flusser's Dressing the Man: Mastering the Art of Permanent Fashion.

Easily one of the top books written on Men's Style, Dressing the Man was an instant classic when it was released a decade ago because it focused on a timeless style – which makes this book as relevant today as it was in 2003. 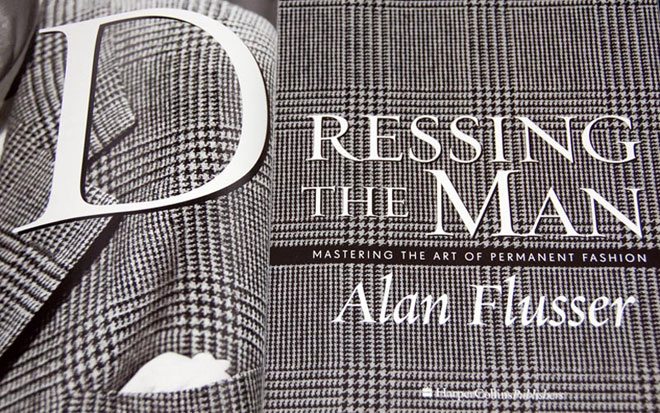 Below is my video review of Alan Flusser's Dressing the Man. I discuss why I think this book is one of the best in its class, and where I feel it could be improved.

Overall I give it my highest recommendation and although not perfect – it is one of the finest reference texts available for your library. 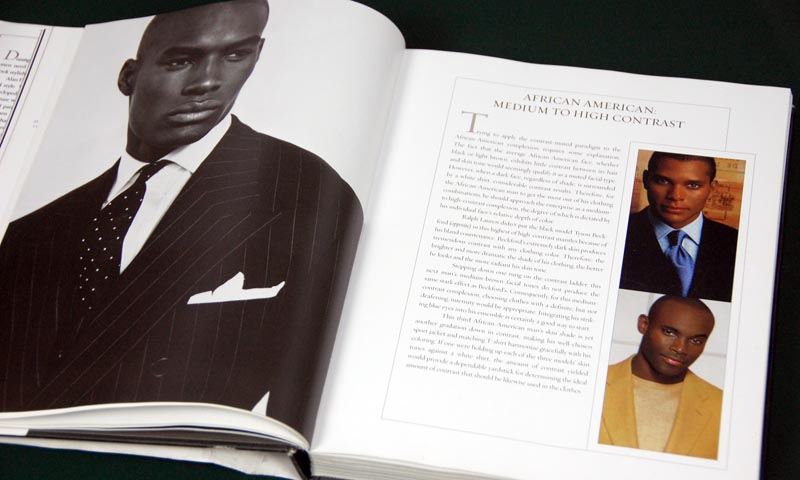 Understanding color and contrast is key to dressing well.

One of my favorite features of Dressing the Man is the centerfold!  Look at those fabrics – wow, I wish I could get my hands on those:) 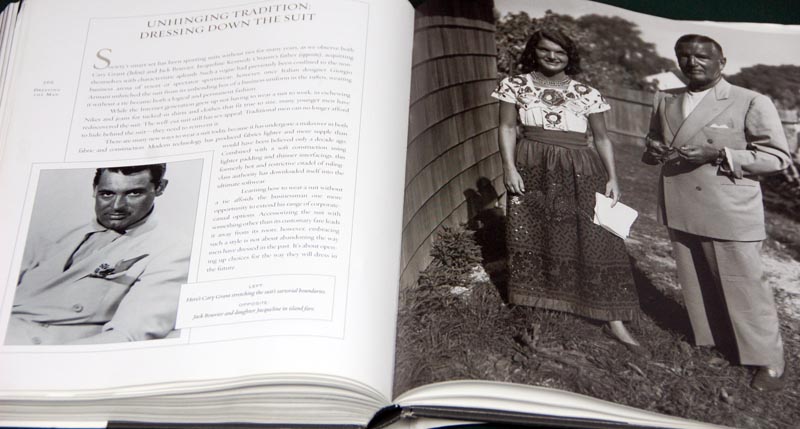 Who says you can't dress down a double breasted suit! 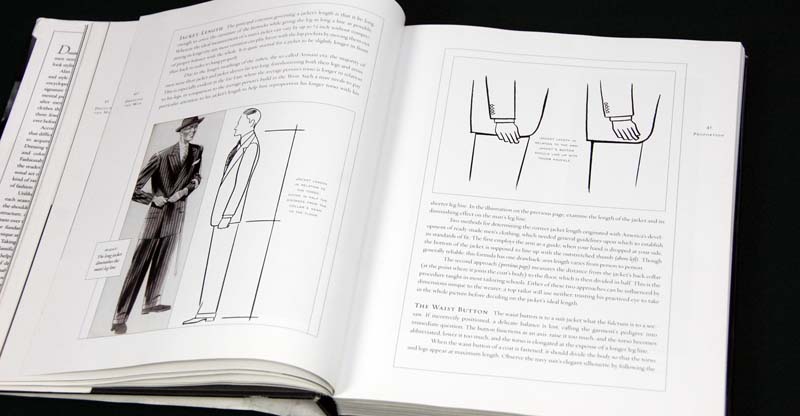 [0:00:00]
Hi. I'm Antonio Centeno. And today, I'm going to be talking about Alan Flusser's book “Dressing the Man”. It was published in 2002. It's over 300 pages long and divided into 13 chapters. Right off the bat, I think it's one of the best books out there for men's styling. In fact, it's easily a top 10, perhaps top 3. Definitely top 10 though and is well worth the money. I give it my highest recommendation-five stars.

And, let me tell you a little bit about itâ€¦why I think it is such a great book. First off, it's comprehensive. So, Alan Flusser does a great job. He takes 300 pages and it's a pretty big-size book. So, something you could set on your coffee table and be very handsome. Or, you can put it on your bookshelf and pull it down for reference. Actually, I've got probably three copies of the book-one for my office, one-well, I like being able to hand out a copy to someone that-a good friend that perhaps needs it. But, it is comprehensive.

So, each of the chapters-and I like how he really gets down to talking about things like proportion and color, things that a lot of men don't even understand. And he spends time laying the foundation and then he moves into these specifics talking about dress shirts, talking about suits, talking about shoes. And he ends it with talking about formal wear and a little bit about casualâ€¦business casual.

But very comprehensive and those 300 pages gives you a deeper understanding of men's or history. So, where it's come from, where it's at now and a little bit of a prediction on, you know, where it's going to go, which if-with the way he talks about it. And everything he talks about, you know, is timeless fashion in which he's very clearâ€¦is not the same. I mean, fashion is bad. Style is good.

And the difference, he's very clear, is that style is about knowing your body type, about knowing what colors suit you, what clothing styles suit you. And then, wearing that and not paying attention to everything else we're being bombarded with. So, he lays a very solid case as it-and this takes me to the other thing I love about this-a lot of pictures. In fact, he's even got [Laughs] almost kind the kind of a centerfold pullout but it's more in fabrics than it is on [Laughs] what normally you would see on aâ€¦on a centerfold. But, great colored pictures.

In addition, he has a number of black and white drawings. So, he wants you to focus on something like how a jacket should fit and how you could tell if something's a bit tight here in the midsection. He'll use a black and white drawing to show you that, the X mark. Or, if he wants to show you color, of course, or the texture of a fabric, he brings in a large, really just great photo. And he also pulls out a lot of historical photos.

So, we see some great pictures of Cary Grant, the Duke of Windsor, [0:03:02] [Indiscernible] to really aâ€¦really, again, great, great photos. What I really like though is that he still brings in some modern touches as well. I think he could've brought in more, but I'll talk about that in a second. And the other-the last thing I would say, I think it's a great value for what you pay for it. You know, the price fluctuates but you can find it used. It's been out for nine years.

You can find it used for I think a very reasonable price. I would've paid at least probably-I don't know. I would say the value in this book puts it at the price range of about a $100. And you're going to find it for a lot less than that. Some people balk. Oh, you know, I would spend more than $20 on a book. Think the people are getting spoke [0:03:48] [Phonetics] because the information in this book is actually worth a lot more than a $100 for many men who need it.

And I would recommend-if you're looking at this book, also look at Bernhard Roetzel's “Gentleman”. And they're-well, “The Suit” is another great book. So, there were two that I can just think of right off the top of my head that would complement this book. And with all of it where we have us stronger. Because there we a few things I felt flush or could've improved on. And one of them is a book, is a bit too formal for some. Now, I didn't feel that way.

But there're going to be many who say that, you know, everything he focused on was just too formal. He spends too much time and not enough time on business casual which was the other thing. He gave one chapter to business casual and it was a pretty small chapter at that. With the way men dress nowadays and for the majority, for the larger population, I think probably a much larger section on business casual, and perhaps breaking that out and talking about how we can mix-would've been better. But, you know, the book is what it is.

It's not for the man who normally likes to wear sandals, shorts and a t-shirt. It's not-it is more for the man who dresses in a suit regularly or is a consultant or in a position in which he needs to understand the importance of clothing. Right. This has been my book review of Alan Flusser's “Dressing The Man”. Give it five stars. I highly recommend you check it out. Take care. Bye-bye.

Previous Post: « How To Buy A Suit For Short, Skinny, & Small Men | 5 Style Tips For Guys Under 5’8
Next Post: How to Make Instant Dress Shirt Collar Stays »