Today, I'm going to be sharing with you the five things I learned when I bought 20 custom suits in a period of a week, so let me give you a little bit of backstory around this.

Why did I buy 20 custom suits in the period of a week? This goes back to 2007 when I was first founding “A Tailored Suit”.

To this day, that was a smart decision because I wasn't going to go out and buy a factory. However, in a very short amount of time, I needed to test the wears. I needed to make sure that these men who I was meeting and interacting with, these companies, that they could deliver what they promised.

I probably over that period of about — it was about ten days actually that I flew around and traveled, but I would say in about seven days, a week, I probably met with close to a hundred tailors.

It was intense. Yes, that's about 12 to 13 tailors in a day, and most of that was in Hong Kong and Bangkok. If you've ever been to those cities, you know that they're cluster cities of some of the top tailors and seamstresses, and people that can work with cloth in the world.

I also traveled to London, went to New York. I wanted to look at some of the best, and these are the five things, the five things that I think you can use and you can apply as you're building your wardrobe. 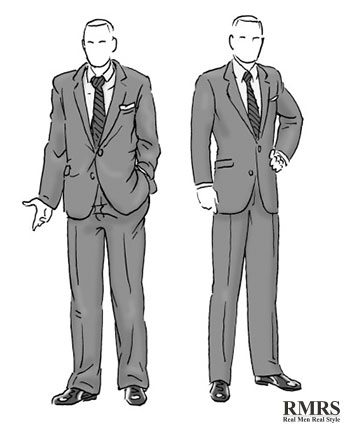 The first piece of general advice I'm going to give you is building a classic wardrobe takes time.

Even though I thought I knew quite a bit about clothing and I had read all the books, doing it in such a short amount of time, I made a lot of mistakes, so number one, the first thing I learned is that your style evolves.

Looking back at those suits, there are only two that are still in my wardrobe. I've got the receipts. I've paid the money. However, only two have made the cut over the last seven years.

Many of them, I would have to say, didn’t turn out as well as I thought they should have, but what I found is what I was drawn to, what I like, and what really I feel defines my style has changed over those seven years.

It's in navy blue and a charcoal grey, solid, because I did choose a number of fabrics, which when looking back, it's like — I have a number of suits and I never even wore these things.

Really, I don’t know what I was thinking when I chose the fabric, but I thought, “Oh, I've got to go with something different.”

They're going to continue to work. It doesn’t matter if you're 20, if you're 40, if you're 60. You can wear a solid navy, single breasted, two-button suit that fits your body and is classic and basic. That's the beautiful thing about it, so number one, your style evolves.

Number two is the more time you have, the less money you're going to spend. So in a very short amount of time, I didn’t really get to negotiate with any of these tailors. I was buying pretty much at full retail. Now, many of them said they were cutting me deals because they knew I was looking for a back-end supplier. We're looking to do a business partnership, but I wanted to make sure that nothing was going to be free.

In many cases, I didn’t even tell them what I was doing. I was checking to see if they were open to the possibility if they offered a service like this, but I bought it. I paid the full price. One thing I did notice is that there were a number of tailors that they charged double and I got the same thing. It was one of those things. You're learning. You're picking it up.

I had a lot of this money as, let's just say, research as I was going through my business, but one thing I discovered over the years is if you have the time, you can build an amazing wardrobe for pennies on the dollars.

Now, the way you do that a lot of times is you're going to give up time. You're going to spend more time shopping, thrifting, finding sales, but if you're in a hurry — and I have a number of clients who have come to me and they need something and they need it within a couple of weeks.

Now, I'm talking something — a custom-made suit in a couple of weeks is hard to fulfill because you're making sure you get the fabric.

You're having to overnight things back and forth. Sometimes, it's not even your fault. FedEx can have an issue.

I remember I had a suit coming out of Thailand and they literally had protesters at the airport. Was it Chiang Mai or Bangkok?I don’t remember which airport, but literally my packages could not get out.

So those are some of the things that you've got to deal with, but basically, the point is give yourself more time and you will spend on average less money. 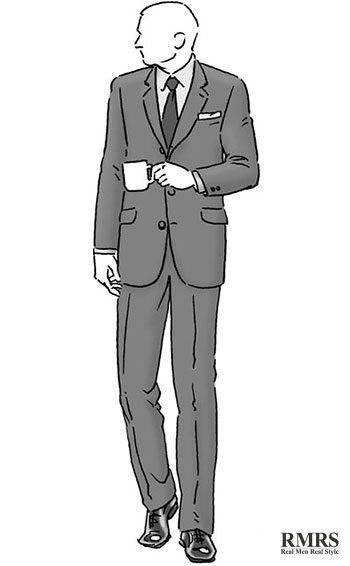 Number three is for some reason when we first start off, we want to try to do everything. We try to add too many details, so I'll use the example of the suit. If I look at my early suits, the ones I thought I really liked, I tried to go with slanted pockets on a striped suit with peak lapels.

I don’t know if I actually built a suit like that, but let's just say I tried to bring in all of the details.

Everything I had rented, the books that sounded like it would make a really unique and cool suit, I thought, “Let's bring it altogether.”

Now, let's equate that to cooking. If you try to throw in all the spices, you end up getting a monster. I look at some of those early suits; they are basically Frankenstein's.

They should not have been made, and that takes me to point number four, which is I've got a lot of bad advice.

I thought that traveling around with these guys who owned a tailor shop, if they were running this type of a company, they would be able to give me great advice.

What I found in many of these cases is that these were salesmen or they were tailors who did not really understand design or fashion and style.

That's pretty common in the industry. In fact, it's very rare that you'll meet a salesman who also is a tailor who understands fashion and classic style. Those three things, very rarely will you find it altogether.

Most of the time, people are going to be one of those people. When that happens, you've got a salesman who his goal is to get you to buy. You've got a tailor who wants you to be happy, but he doesn’t understand classic silhouettes, or you've got a designer who sells you a great idea, but he sells it at the wrong price and he's not able to deliver, so he has to cut back on some of the tailoring parts.

Ideally, you're looking for someone that fits all three points. It was very rarely and in fact, the only people that I partnered with long-term were those that were able to have all three parts.

So the last thing I'm going to say, gentlemen, is if you can afford it — and this is something that we all have to make a decision based off our budgets, but work with the best as soon as you can afford it because it will save you time.

Whenever I travelled, whenever I was finding the best, whether that'd be Narin Couture in Bangkok or W.W. Chan in Hong Kong, what I found is that — or I went to Savile Row. There's a reason these guys charge what they do because they are all three of those items I just mentioned. They're great at sales, but they're also great at design, and they're amazing cutters.

You bring that together and those guys, the reason they can charge what they do is they save you time because yes, there are some diamonds in the rough and I did find a couple of guys here or there, maybe in Chiang Mai or in Kowloon where it was like — wow!

They can give this awesome quality, but there were little things that were wrong. Usually, it was communication gap. There's a reason why some of these guys aren't able to reach the masses.

This one tailor I found in Kowloon, he only spoke Chinese. So I was going to be having to work through a translator. And really, when it came down to it, I wasn't going to be able to scale my business working with a company like this where they didn’t have a command of the language. So understand that working with the best, one of the things that you gain is time and in my opinion, it's well worth it.

Those are my five tips. I'd love to hear from you guys in the comments below on what you think you can add. Notice I didn’t ask you to like or subscribe, but I would appreciate it. If you do it that way, these videos come right to you. Guys, I'll see you in the next video. Bye-bye.