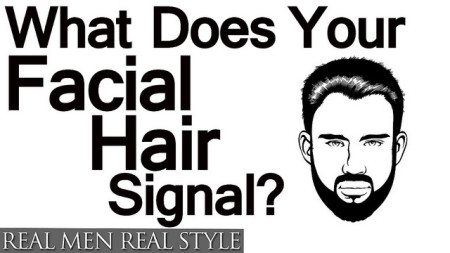 Today, I'm going to be talking with you about the science of facial hair. Basically, we're going to talk about the psychology behind beards, behind stubble, and behind being clean-shaven.

This is in support of my article over at The Art of Manliness. I'm going to link to the article right down below. Make sure to go check it out.

I'm going to really expand on a lot of things I'm just going to briefly cover in this video.

1. How facial hair affects those around us.

2. How facial hair affects your prospects for employability, when you're out there looking for a job.

3. How facial hair affects you.

And then finally, we're going to talk about how facial hair is related to sex appeal. So definitely, again, go check out the article. I'm going to link to all the studies so you can read and get into more detail, and the articles are pretty darn good itself.

How Does A Beard Affect Your Environment 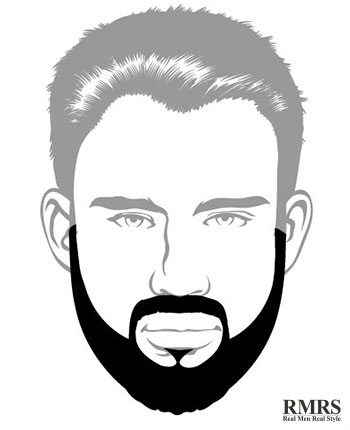 Number one, how does wearing a beard, how does stubble, how is being clean-shaven, how does that affect those around us? Okay, so I'm going to really quickly cover four points under this main point. Number one, let's talk about aggression.

They did some really cool studies and what they would do is they would take the exact same face, one that was clean-shaven, one that had facial hair, and one that actually had a full beard.

The man, he would show the same amount of teeth. He would have basically the same look, and they would have them write what is the level of aggression of this guy.

Assuming everything else is the same, anytime a man had facial hair, had a full beard, he was viewed as being more aggressive. You're in a situation in which you perhaps want to intimidate.

You want to send a signal of strength that you are an alpha male. Wearing a beard is going to send that signal.

Maturity, having a beard again is shown as making a man look mature. This makes sense. This is why we see a lot of young men wanting to try to grow out facial hair. In a sense, they want to signal they are no longer a boy. This is very natural and something that again has been backed up by studies.

Now, let's talk about sociability, basically, the ability for us to work on a team, to be able to interact with others. They have shown that clean-shaven men are seen as being more likely to work on a team.

So if you are having — perhaps you're looked at as someone on — you're wanting to move up in the company and you're looked at as being somewhat abrasive, perhaps getting rid of that beard is going to help or perhaps not growing a beard when your reviews are coming up may be to your advantage.

Okay, so let's talk about health and cleanliness. Now, they haven't been able to show that having a beard makes you look any less clean than being clean-shaven, but the key is to make sure in all the studies, they had very well-groomed men, basically, men who didn't have a crazy look like a straggly beard. All of the beards were well kept. If that's the case, then you actually are on the same par when it comes to cleanliness and when it comes to health concerns with a clean-shaven guy.

Now, where it does drop off is if you're going stubble, and stubble has been shown that — it's not looked as – you're just looked at as this people to be a little bit more dirtier, but actually, stubble does pay off a little bit later on. Those are the four points. We've talked about societal perceptions. 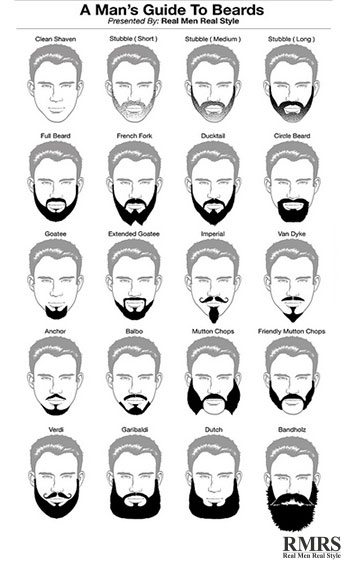 ility. How do people feel — well, a lot of people — and I get this question a bit because people email me, “Antonio, I've got a beard. Should I shave it because now I'm interviewing for jobs?” Well, actually, you do not have to, but it depends on what kind of job you're going after.

If you're going after something in the conservative field like finance or you're looking to become a lawyer and you're in a new city with a new firm, nobody knows you and you show up with a beard, you will send a signal of — what they find is it's a signal of being artistic, of being a little bit unique. Now, this isn't a bad thing especially if you are well-groomed.

Again, this is a reoccurring thing. If you grow a beard, if you grow a mustache, make sure you take care of it. Make sure that it is immaculate. You don't want to have stray hairs all over the place.

By doing that, you can actually send a signal that you think a little bit outside the box and that may be to your advantage. Let's say you're applying as a grad student and you want to become a college professor. You're going in and you're meeting people. You can send the right signal via doing that, again, well-kept, artistic.

Let's move on. We're going to talk now about how does it affect you. They've actually done studies on this where they've had men — they didn't actually have them grow their facial hair.

What they did is they had them put on what appeared to be facial hair and look at themselves in the mirror and rate themselves. So what they found is that whenever a man had facial hair, he actually felt a little bit more assertive.

Let's say you have a problem at work in the sense of you've had trouble standing up for yourself, of getting up and making your point. Well, perhaps growing that beard is going to enable you to get a little more confidence to be able to be more assertive.

We saved the best for last, beards, facial hair and sex appeal. So we've been pretty hard on — stubble is the one that I've been kind of knocking down. As for all the other ones, it does kind of affect in you a little bit of a negative way. Here, stubble is seen as a good thing, and beards as well.

So how are beards looked at? If a man has a full beard, he is seen as being a better caregiver, as someone that is better to form a long-term relationship with. If he has stubble, it actually is seen as more sexy, more attractive to women. Now, when it comes to being clean-shaven — sorry, guys, especially if you've got a baby face, it's rated as the lowest.

Those are the four points. Hopefully you enjoyed this. Again, in the article, I go into a lot more detail, so go check it out. It's over at The Art of Manliness.

If you want more information about shaving, grooming, men's style, you know where to go, www.realmenrealstyle.com. I've got a free 47-page e-book for you right over there. Just grab it and you can start learning more about men's style today. Take care and I'll see you guys in the next video. Bye-bye.

Previous Post: « Should Men Use Anti-Aging Creams? At What Age Should a Man Start Anti-Aging Regimen Video
Next Post: 6 Basic Emotional Reactions to Scent | Emotional Response to Odors »