How To Win Friends And Influence People.

Why is this book so popular?

Because we are social beings.

We have a deep desire to connect with other people.

But our thoughts, patterns and often, shyness disrupts the smooth flow of building relationships. Especially when it comes to getting to know strangers.

How do you overcome this bias and make yourself more approachable?

How do you make it easy for people to approach you?

Luckily, researchers have shown that adjustments in clothing and behavior can make you appear less standoffish, cold and intimidating.

The findings are especially relevant if you are employed in a job that requires people to feel comfortable asking you for help.

The Experiment – How Librarians Can Be Approachable And Helpful

A group of researchers sought to uncover some factors that influence approachability in the field of library science. The research was conducted by a couple of  library researchers.

The premise of their experiment was – a librarian that doesn't help people find what they're looking for is a lousy librarian. They were trying to determine what would make it more likely for someone to ask a librarian for help.

Librarians work best when library patrons feel they can ask questions. A librarian that seems closed-off, cold, or otherwise unapproachable can’t help people. If people can’t get the help they need at a library, they’ll likely seek their information from other sources such as the internet, friends or online databases.

They noticed that in previous research, clothing color, facial expressions, and formal attire all influence how approachable a person seems.

The researchers devised a study to test these factors on approachability…

Each image was digitally manipulated to display the following variety of characteristics:

No surprises – the researchers ended up with a HUGE number of photographs. There were 96 in total.

Then, the researchers got 1015 participants and divided them into two groups.

Each group got a random image from one of the image pairs (for instance: one group got a smiling version, some got a the neutral face) and the participants were given the following instructions:

How To Improve Approachability – Results From The Experiment

The researchers compared the vast number of changed variables to see which factors mattered and in what ways to influence approachability.

The experimenters found the following factors increased a person's approachability:

This had the biggest impact of all factors. No matter what the librarian’s age, race, clothing, or behavior – smiling had a significant effect on the viewer.

A warm, inviting smile can put anyone at ease. It acts as a signal that you are open to an interaction. A fake smile, however, acts as a barrier. Make sure your eyes soften and your whole face breaks out in a wide smile.

Interactions with others are more enjoyable and easier when one or both people are smiling. A smile is contagious – making others feel better too and instantly making you more appealing and attractive.

2. Direct Your Gaze Towards People

When a librarian had their nose in a book or was staring at a computer screen, they were seen as less approachable. This effect was the same for people of all ages, races and gender.

People are much more likely to approach you when you look directly at them, than when you turn away or avoid their gaze. Prolonged eye contact along with a smile can make all the difference to break the ice between strangers.

In the experiment, the researchers found that having a nametag increased librarians’ approachability.

This was the same across all types, but not to the same degree. For instance, nametags increased approachability for younger people way more than older people.

But still, no matter who the image depicted, they were seen as more approachable if they were wearing a nametag.

After spending over a year conducting research into the matter, Starbucks decided that all of their baristas should wear name tags.

A nametag is an opening. You're giving people an easy conversation-starter. They will feel like they already know something about you.

What works better for most men is wearing interesting accessories. A heirloom watch, for instance, is a conversation starter. An interesting pair of cufflinks, a boutonniere on your suit lapel, colorful socks – any of these would add instant appeal to your outfit and create a hook for someone to start a conversation with you. 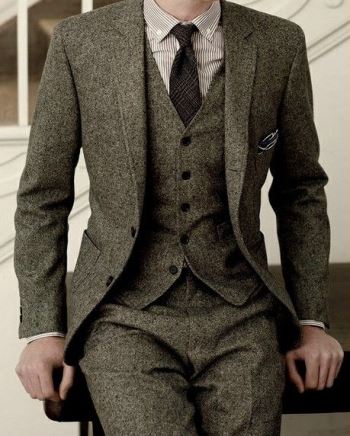 If you’re a young man, don’t be afraid to dress up and look professional, smart and appropriate.

However, “overdressing” as a young man will likely decrease your approachability. By contrast, older men significantly benefit from more formal clothing when it comes to approachability.

The researchers suggested this bias was related to societal stereotypes about men and women and older versus younger people.

5. Choose Cool Colors For Your Clothing

To appear more approachable, try blue, and to a lesser extent, white. Avoid red in your wardrobe.

Generally, blue was the most approachable color. It makes you appear trustworthy and reliable.

Red negatively impacted approachability across the board.

White was in-between. It was seen as less approachable compared to blue, but more than red.

The negative impact of red may have been due to red’s perceived connection to dominance, aggression, and danger.

Want 6 easy tips to approach anyone and have better conversations? Check out this article on how to boost your confidence.