Transform Yourself | Take Action And Change Your Life TODAY!

And then fail to do anything at all?

This is called Analysis Paralysis. And it’s something a lot of men have a problem with.

We love to look at things and to feel inspired; to read and to set ourselves goals. But for some reason, we then don’t take any action. So all we are left with is good intentions and no progress. When it's time to get it done, we just don't.

Let me introduce Tanner Guzy. He rocked the stage at Menfluential and he teaches men how to process information and then take massive action on it. Be sure to check out Tanner's book, ‘The Appearance of Power', here. 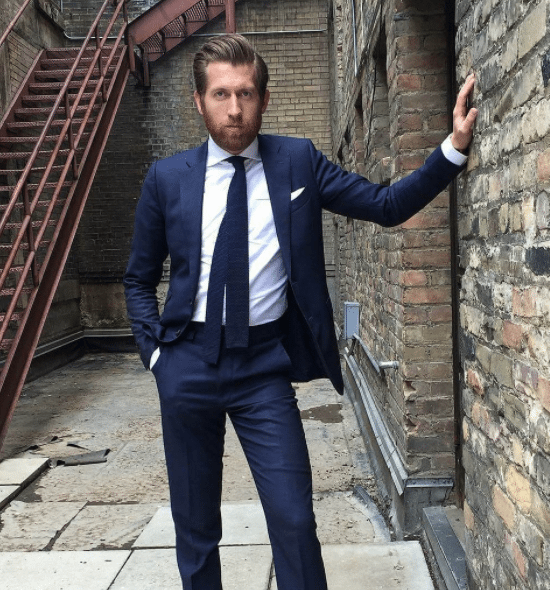 Tanner teaches the idea of Inertia vs Intentionality. This is the theory that good intentions don’t matter. Actions do.

Have you ever read a motivational quote on a Social Media platform and thought “right, that’s it, I'm going to take action”?

That's a good thing. It's great to be able to manipulate your emotions but the problem is, it doesn't last. It can't last.

That dopamine hit you feel tapers off. The emotional high will go away.

You may finish reading this article and watching the video and feel motivated but in a couple of days or weeks, you'll become accustomed to this feeling and it will be your new norm. That feeling won’t push you to become better and better. This is what Tanner Guzy refers to as Analysis Paralysis.

You won’t get anywhere if you rely on your emotions to drive your actions.

This is where discipline comes into play.

It takes discipline to do things when you don't feel like doing them. You need to forget what your emotional drives are and tap into something better and deeper – something that makes you want to keep going and to keep pushing yourself.

You can’t rely solely on motivation and just tap into it when you can. That’s not to say it isn’t useful – it is – but don’t make it your only driver or it will fail you and you will fail yourself.

Inertia is “the tendency to do nothing or to remain unchanged”.

A lot of what we do in our lives is dependent on inertia. You attend meetings and you wear suits. You go to school and take the classes you’re supposed to study because you’re following cultural inertia.

It’s what you’re supposed to do and what’s expected of you.

Our political persuasions, religious beliefs and social circles dictate the music we listen to, the clothing we wear, our relationships and hobbies and pretty much how we engage in anything we can think of.

The truth is: most of the time you're not thinking, you're just emotionally responding to the inertia of the culture that you've chosen to immerse yourself in.

Humans are creatures of habit. You can't escape this. So don’t let habits like laziness or the pursuit of comfort shape you. Intentionally choose what you want your habits to be.

Whatever you’re trying to get out of life, you need to make intentional decisions. These decisions can relate to your career, relationships, appearance of physique. Don’t shoot from the hip – be intentional with your actions, not emotional.

Take the gym as a metaphor. You can be well intentioned without being intentional. Say you go to the gym and intend on doing 50 squats but when you get there, you feel a bit tired and choose to do 25 instead. And you do that every time you go. You won’t see much improvement, if any, and weak people will claim they tried the gym but “it didn’t work”. Or “it was too hard”. All because they weren’t intentional on what they were doing.

The same principle applies with business and improving relationships. There are people who think all they need to do is go through the motions and when it doesn’t work, they can justify this failure to themselves on the basis they had good intentions and made good decisions but they are the victim because things didn’t work how in the way they wanted. It’s not their fault.

Sometimes, you bring more to the world as an employee or someone who takes a more traditional career path than someone who is an influencer or business owner. We all have different skill sets.

It’s important not to be influenced by other people so easily. You may feel terrifically motivated after reading this, but that doesn’t mean you have to go out and set up your own youTube channel. If you want to because it will make you happy, then do it. But not everyone needs to make a statement. Some people want to forge their own path and some don’t – both choices are equal.

Information is not Transformation

So you’ve read this, you’ve got the dopamine hit. You feel great.

But that’s all it is.

Here’s another example: you could be an expert on swimming. You could have a Master’s Degree, a pHD in how to swim and lecture other people on swimming theory. But if you’ve never swam, you can’t actually swim. A baby who can hold its head above water for 2 minutes knows more about swimming than you..

So gentlemen, be intentional and act on it.

Keep learning, trying, failing and screwing up. It’s all part of growing. But don’t get tricked into thinking you’re happy by chasing feelings and chemicals.

So are YOU ready to take MASSIVE action? Check out Tanner Guzy's book, ‘The Appearance of Power', here. Want to know more about Tanner and his mission to empower men through style? Check out his website here.